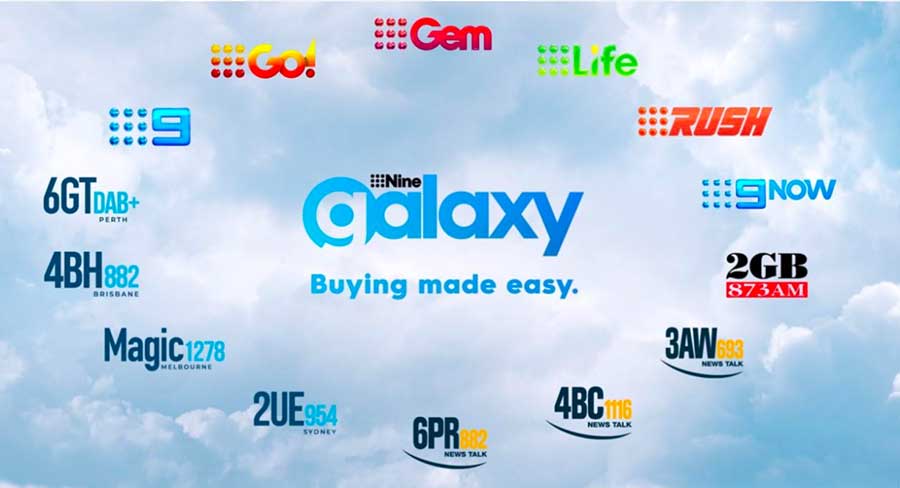 At the Nine Upfront 2021, the company announced that it is simplifying the media buying process for its radio assets by expanding the use of 9Galaxy, with the platform to offer access to radio inventory from November 1.

This will allow agencies and marketers to brief and buy Nine across all broadcast platforms, which aims to provide a more efficient process of buying, faster response times and clear post-analysis reporting.

Richard Hunwick, Nine’s director of sales – television and radio, said: “9Galaxy has led the way as Australia’s most advanced automated buying platform for TV and BVOD inventory since 2018 and from November 1 will make the transactional and reporting process of radio inventory more efficient too.”

9Galaxy will now integrate with the industry buying platform RadioMATRIX to make the process of buying talk radio simpler and more effective.

Nine has also confirmed that in early 2021, 9Voyager will open up for radio alongside television and digital, in a move aimed at making Nine’s radio platform more accessible to small and medium enterprises.

Hunwick said: “It has been a big year at Nine Radio. We’re asking marketers and agencies to examine our radio proposition – it is talk radio for a new generation. We are asking you to put us onto each and every brief and let us come back to you with a solution, and with innovations like RadioMATRIX it has never been easier to do so.

“However, we don’t just want to make briefing us easier. We also want to make buying us more efficient, which is why we are moving quickly to integrate our radio inventory into the 9Galaxy and 9Voyager platforms.”

Nine has also moved to integrate the data assets of its radio stations into its wider data lake of more than 13 million signed-in users.

Hunwick commented that the data integration of signed-in users from 2GB, 3AW, 4BC and 6PR would add a new element to Nine’s data proposition with its 9Tribes product, which is segmented into 54 Tribes across nine verticals that are now available on display on Nine Radio sites and will soon be available on catch-up radio and podcasts.

Hunwick said: “From a data perspective, we want brands to have the same abilities they have on our video platform, 9Now, to target and deliver addressable advertising on our radio assets as well.

“Across our radio properties in the digital space, today’s announcements further enhance our data offering, with a 13 million-strong data platform of logged-in users giving marketers new tools to build out further understanding of these customers’ behaviour and intent.”