Nielsen has released the February data for publishers of news and current affairs sites and 7News.com.au continues to move up the ranks. The main points concerning the top 5 ranking are:

7News moved up to third position with a unique audience of 8.4m, followed by Daily Mail Australia (7.9m) ranked fourth – up from fifth position in comparison to last month.

The executive producer 7News.com.au, Phil Goyen, said: “We’re grateful for every single Australian who clicks, reads, scrolls and watches. We are here to provide a service to our audience 24/7 – it’s that simple. Our focus will continue to be building connection, conversation and community.”

The February data is almost old news given that we are now in April and two weeks ago Nielsen released details showcasing a week of online news traffic which had the ABC ranking #1 and 7News.com.au trailing news.com.au by just 145,000 users in the week of March 16. In that March data Guardian Australia was the other big mover, ranking #4, ahead of both nine.com.au and smh.com.au. 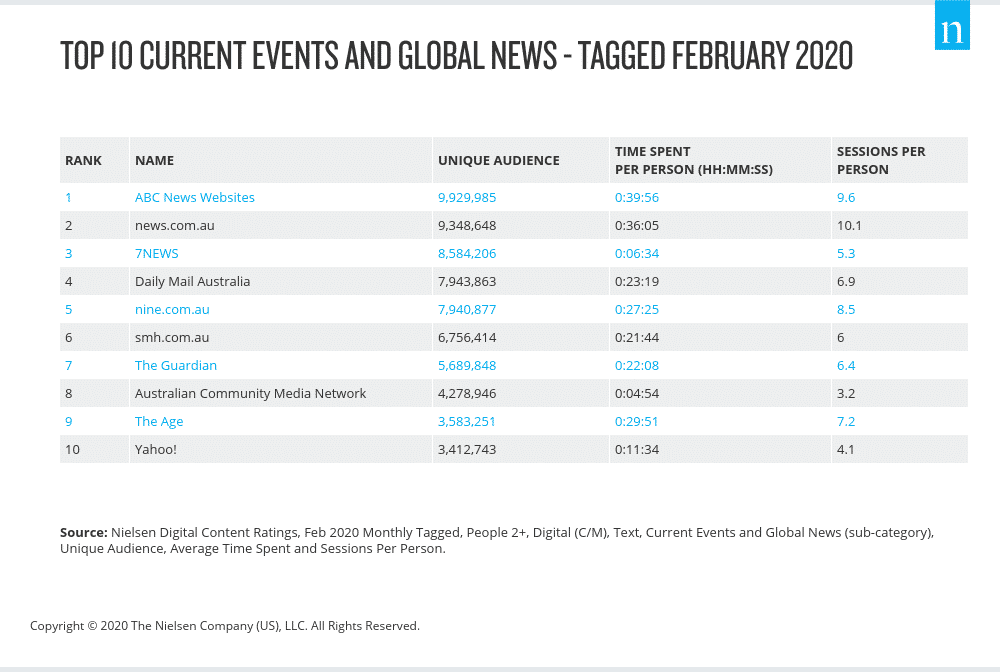