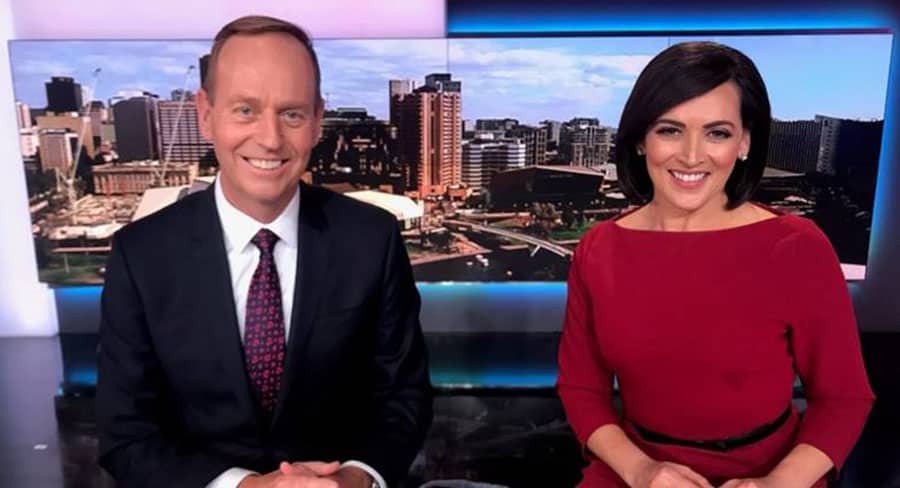 Starting from Tuesday, the live 30-minute bulletin will cover the very latest breaking local news, as well as up-to-the-minute developments on the biggest news events happening both in Australia and abroad, with Mike Smithson and Rosanna Mangiarelli to share hosting duties on alternate days.

The new program cements Seven’s commitment to delivering viewers the most local content ever produced in Adelaide, by Adelaide’s most experienced and trusted news team.

7News will continue to present Adelaide’s only live and local news at 4pm, followed by the most-watched flagship news hour at 6pm led by Jane Doyle.

In more news, from this weekend Mangiarelli and Smithson will begin co-hosting 7News weekend editions on Saturday and Sunday evenings alongside sports anchor Bruce Abernethy and weather presenter Gertie Spurling, who returns from maternity leave.

7News Adelaide News Director, Chris Salter, said: “Since television first started, 7News has invested more and committed more to Adelaide than any other. This is just another step in affirming 7News has consistently delivered to Adelaide more live and local news because some things will never change.

“Mike and Rosanna will make a wonderful team; their experience is unrivalled. They’re not just reading a prompter – they’ve been there and done that. They can relate, that’s their great strength.

In March last year, Seven’s online platform 7news.com.au recorded its highest ever audience of 11.8 million users, as more people sought out information on the ongoing coronavirus crisis. The report also showed that 7News came in at number one new station for both men and women – reaching 72 percent of the under 30 population across the country.

At the time, Executive Producer of 7News.com.au, Phil Goyen, said: “March was a tough month for so many. Our goal was to provide fast and factual information as well as comfort and understanding. We were right beside our audience every step of the way and we will remain there.”