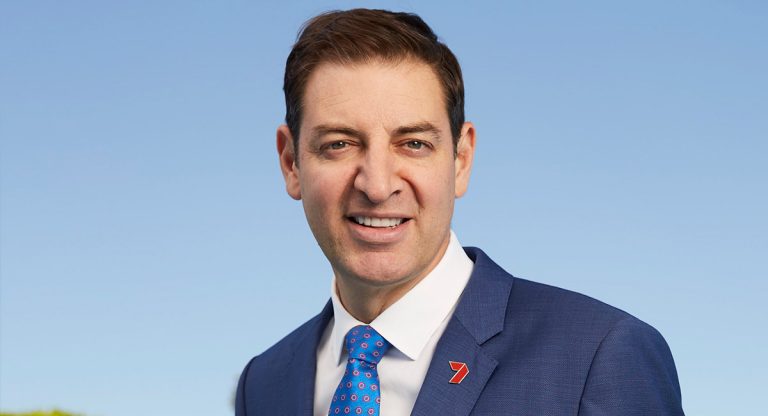 The Perth media man marks 25 years in the industry

Seven’s sporting calendar for 2018 kicked off this week with the start of the Australian Open. It’s the first major grand slam event in tennis every year.

The two-week event that takes over Melbourne every year started on January 15 and Seven was all across the action with coverage on its primary channel and multichannels, as well as the 7tennis app. “We are now able to cover so much more tennis than we were able to,” Seven’s sport commentator Basil Zempilas told Mediaweek during day three of the event. Alongside his role at Seven, Zempilas is the co-host of Perth’s 6PR breakfast show with Steve Mills.

For the next two weeks Zempilas is fulfilling his duties at 6PR from a studio at Melbourne’s 3AW. At the time he spoke to Mediaweek, Zempilas had just come off air at 6PR and was headed out to prepare for the day of tennis on Seven. He often hosts the last or second-last game of the day. “And they tend to finish late,” Zempilas said. The one thing that works in his favour and allows him to fulfil his commitments at 6PR and Seven is the time difference. “So 5am in Perth is 8am in Melbourne,” he said.

During the conversation with Mediaweek, Zempilas said he was looking forward to that night’s clash between Australian Nick Kyrgios and Serbian Viktor Troicki. “Kyrgios in Hisense Arena is really exciting stuff. He loves playing out there and the crowd love him out there too. It’s a general admission crowd rather than a ticketed crowd, so they tend to be a bit younger and noisier. They tend to respond to him very enthusiastically.”

And so they did. Despite a few disturbances during the game, including a chopper hovering over the arena and a heckler, Kyrgios won 7-5, 6-4, 7-6.

As a commentator, Zempilas gets one of the best seats in town to watch the sport. This is not only the case with the Australian Open though. Zempilas is involved with many of the sporting events and competitions that Seven covers. This year is going to a busy one for the network and Zempilas.

The first four months of 2018 are busier than usual for Zempilas. But the radio and TV presenter is not complaining. “I am very fortunate that despite living in Perth, I am able to do it all and make it work with my family and radio commitments,” he said, before giving a special mention to his wife Amy Zempilas, who is an influencer on Instagram. “I couldn’t make it work without my wife’s enormous assistance.”

Basil Zempilas marks 25 years in the media industry this year. “When I studied journalism at university, I wasn’t sure where those qualifications would take me. But I have enjoyed every day ever since,” he said.

Zempilas has hosted breakfast radio for over five years. The 6PR show with Steve Mills started in 2014. Prior to this, he was a part of the Lisa, Paul & Baz show on Southern Cross Austereo’s 92.9. In the last six months, Zempilas has also had a taste of breakfast TV. He has filled in for David Koch on Sunrise and Andrew O’Keefe on Weekend Sunrise. The latter announced he would be taking a step back from the show at the end of 2017 after having hosted it for more than a decade. Koch also announced intentions of pulling back his commitments on Sunrise from five weekdays to four. Amid the changes and rumours, Zempilas became the media favourite to replace O’Keefe. There were also rumours about Zempilas hosting Sunrise on the weekday that Koch isn’t there. However, this would impinge on the 6PR breakfast show.

Zempilas first openly spoke about the rumours on 6PR last year, confirming he had been approached by Seven for O’Keefe’s former role. However, he emphasised, nothing had been confirmed. Asked if there had been any progress on this, Zempilas told Mediaweek: “What I said then still stands true. We had discussed it. I would be one of the number of people that Seven has discussed the prospect with. It is something that is of interest…It is still a possibility at this stage.”

On the rumours of Zempilas replacing Koch on Sunrise one morning a week, he said: “Talk of a replacement for David is very premature. He still enjoys doing the show and is going to be there for the foreseeable future.”

Asked about what he prefers, breakfast TV or radio, Zempilas said: “They are different, but there are a lot of similarities. They are good preparation for each other.

“TV is a tiny bit more structured and has slightly less room to freestyle. As I am a TV person first, it is marginally in front of radio. But I have to say it’s hard to pick one above the other.”