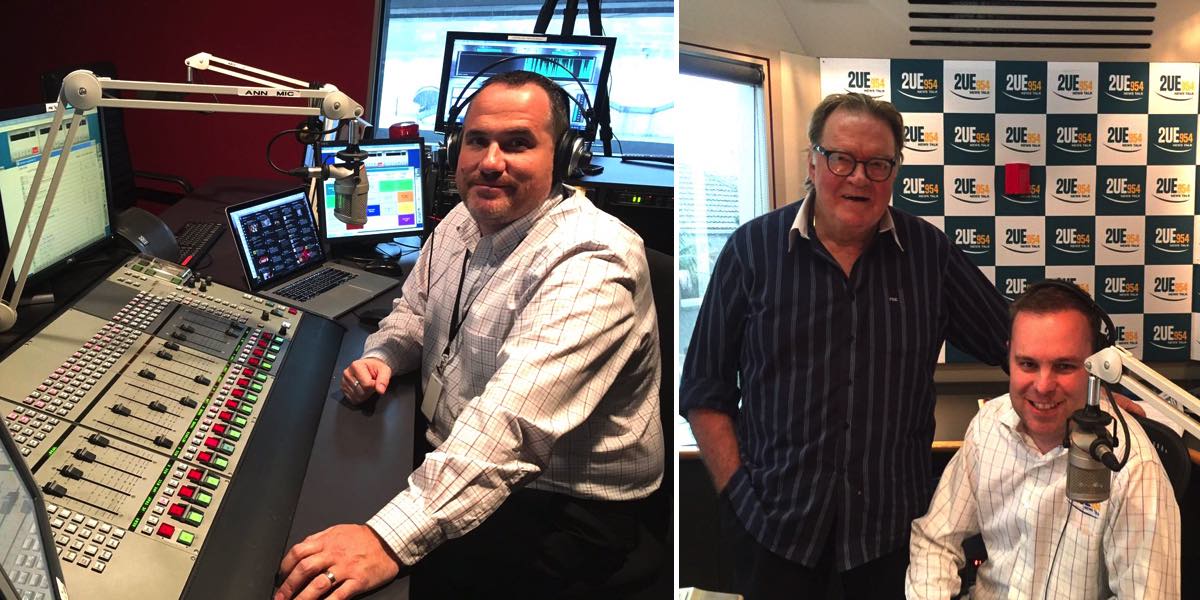 2UE aired its last shows from its Greenwich studios on Sunday morning. The Sydney talkback station will move in with 2GB and 2CH in Pyrmont.

Sydney AM station 2UE moved out of its Greenwich studios on the weekend broadcasting its last program on Sunday morning. The first show at its new home, alongside 2GB and 2CH in the Macquarie Media building in Pyrmont, was Trevor Long hosting the Sunday afternoon show.

The 2UE weekday breakfast show with John Stanley and Garry Linnell broadcast its first show from the station’s new home this morning, although for the first week from their new home they will be starting at 5.30am daily instead of their regular start time of 5am.