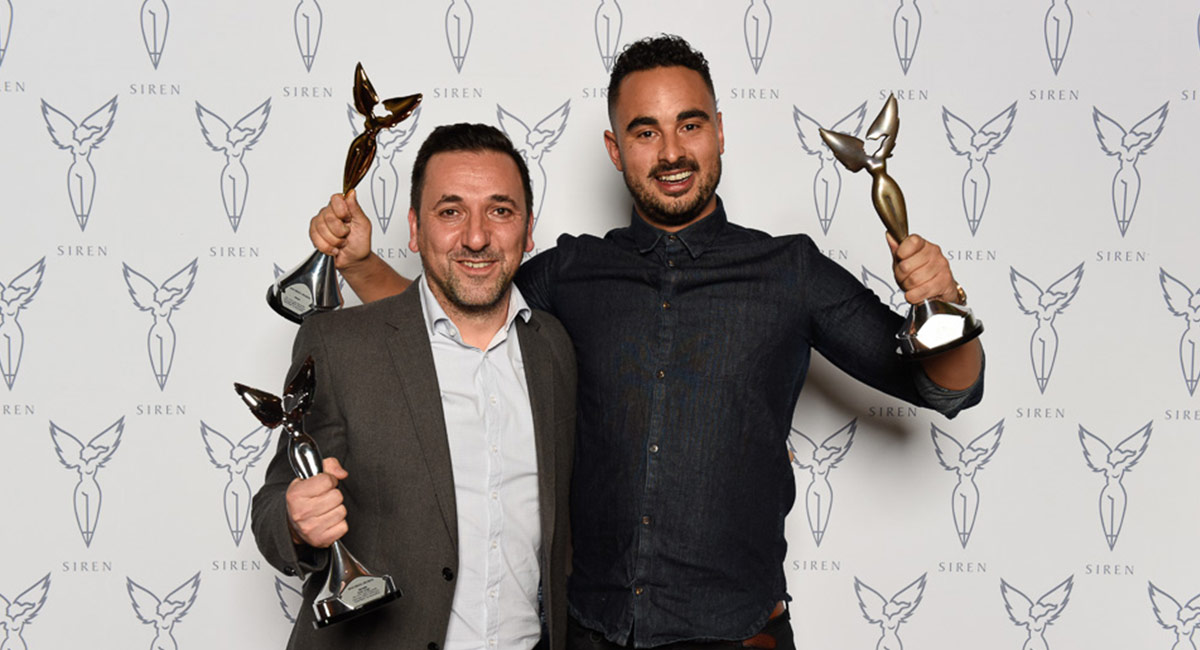 The best Australian radio ad of 2018 as judged by the Siren Council, comprising creative directors and producers from advertising and creative agencies and studios across Australia, was announced in Sydney last night.

Ray Ali and Carlo Mazzarella (pictured above) from Clemenger BBDO Melbourne won Gold and Silver at the Siren Awards with an ad about anxiety for mental health advocacy group beyondblue.

The ad “Sound Booth”, aimed at raising awareness about anxiety and encouraging those with symptoms to seek help, was awarded the prestigious Gold Siren at an event in Sydney and the Silver Siren for best single radio ad.

The ad completed a trifecta by also winning the Client Award, a $5,000 cash prize, which is judged by a separate panel of clients rather than agency creative directors. The awards were presented at an event hosted by comedian Cam Knight and attended by creative writers, directors and producers from leading creative agencies and executives from the radio industry.

The Silver Siren for best radio campaign (three or more ads in a campaign) went to Tim Newton and Wilora Keeley from J. Walter Thompson for a powerful campaign for the WA Police Union in support of a 1.5% pay increase for police officers.

The “How much to…?” campaign uses real-life scenarios to pose confronting questions about how much money it would take to encourage the average person to do the job faced by police. Matt Perrott from Uncanny Valley won the Silver Siren in the craft category for production of the ad “NSW Water Safety” for the NSW Government.

The 14th annual Siren Awards, run by Commercial Radio Australia, are designed to encourage excellence and creativity in radio advertising.

Joan Warner, CEO of CRA, said: “The awards are a reminder of how effective audio is in getting a message across. We congratulate all the finalists and winners on the high level of quality that has been displayed through all the rounds of award entries this year.”

Ali and Mazzarella receive automatic entry for their winning ad into the international Cannes Advertising Lions Festival in June. The creatives and their client also win accommodation, airfares and delegate passes to attend the event.