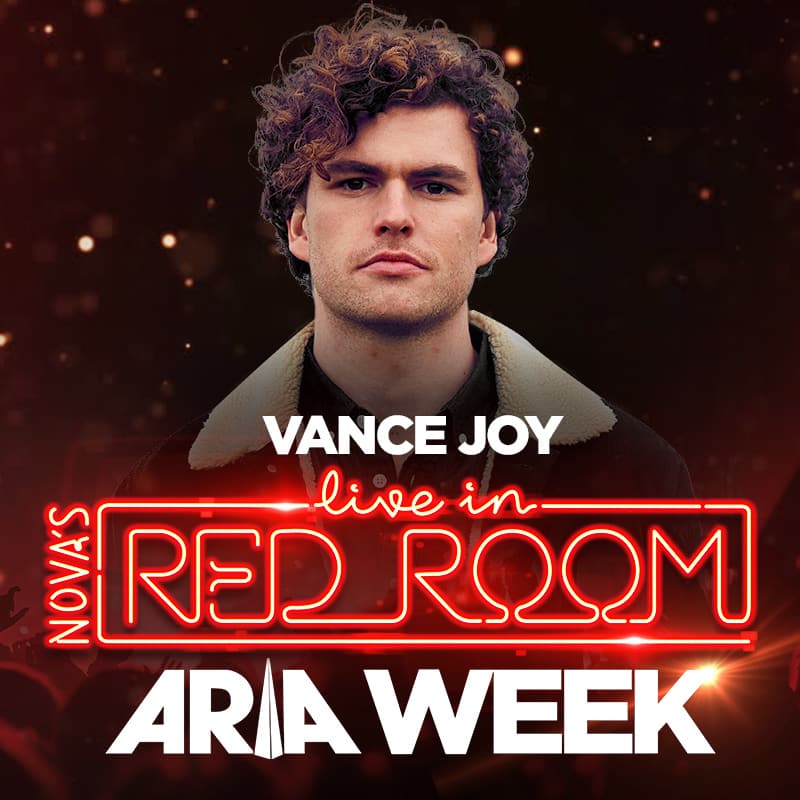 • The 40th and final Nova Red Room of the year

For the fourth and final Red Room ARIA Week show, the brand returned to inner-city Sydney hotel The Lansdowne, which hosted three of the four gigs.

It was also the final Red Room event of the year – a year that saw the Nova Entertainment brand running 40 separate Red Room events, 41 if we include the memorable smoothfm Michael Bublé show last month.

The highlight of the week of shows was the intimate venue giving fans the chance to get up close to the stars. That was part of the attraction last night too with what was arguably the hottest property of the local-based artists – Vance Joy. His fans entered the venue in a rush when the doors opened and then staked out their positions at the front of the small stage. Then they filmed every moment of the show, making it at times difficult to see what was happening through the sea of phone screens! Smallzy again took to the stage at the start and the end of the set to introduce the Red Room artist. He wished Vance Joy luck with his three ARIA Award nominations for tonight. The venue is not far from the Nova Sydney studios and the evening radio ratings machine was soon back on air, interviewing Rita Ora and giving away cash to listeners.

Liberation Records artist Joy started the set with Georgia, a single from 2015 and a track from his first album Dream Your Life Away.

Next followed, a song from his second album Nation Of Two. Joy then described how he went over to LA to do some co-writing, and he started mumbling words to a beat he made up. The co-writers loved where it was going and it ended up becoming the hit song The Fire and The Flood from his first album.

Joy was having quite the chat with the audience, next talking about what motivated Saturday Sun.

The guitar changes were coming thick and fast and he next chose his ukulele to begin playing Riptide, with the crowd singing along to each word and swaying with the beat, while being careful to hold their cameras steady.

(After the gig, Smallzy told Joy it was the most guitar changes ever at a Red Room gig.) One last guitar change and Joy belted out his hit single Lay It On Me, which is up for an award for Apple Music Song Of The Year at the ARIAs tonight.

Flying the flag for Nova Entertainment last night was the program director for the Sydney and Adelaide stations Ben Latimer. He was joined by Stephanie Loupelis, head of commercial partnerships at Nova Entertainment.

And there was a special tribute to the team behind the 40 Red Rooms this year – the Music Marketing Department at Nova, led by director Claire Marshall, and her team of Danielle Kosoric, project manager and Briar Louise-Rose, coordinator.

Nova Red Room ARIA Week Show #1: Vera Blue at The Lansdowne
• The exclusive show attracted a mix of listeners and Nova staff, all eager to see Vera Blue in action.