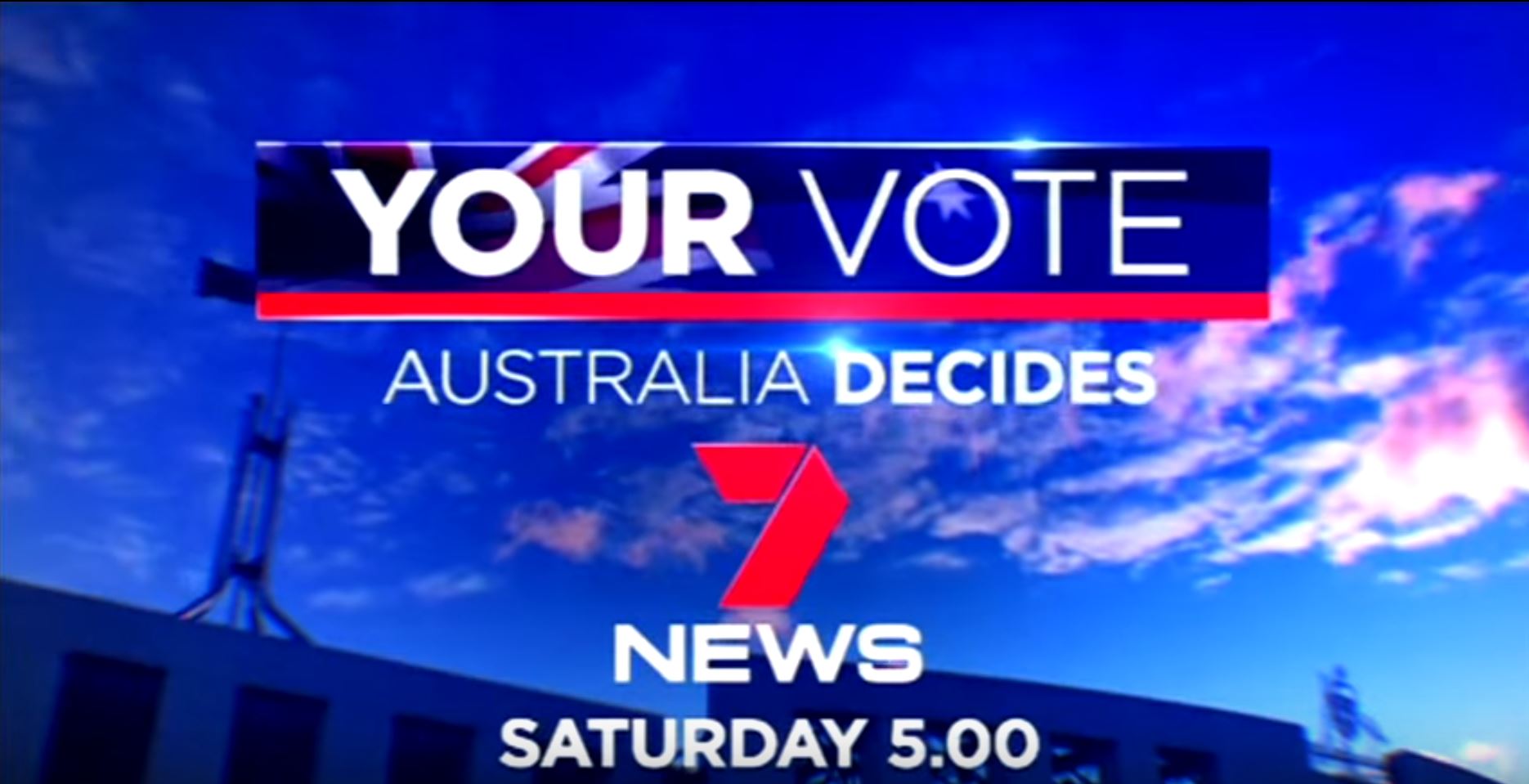 Your guide to Seven’s coverage of the 2016 federal election on 2 July.

Seven News special coverage of the 2016 Federal Election will be broadcast live from Channel Seven’s Martin Place studio in Sydney on Saturday from 5:00pm AEST.

Join Seven News political editor Mark Riley and senior correspondent Chris Reason for comprehensive and up-to-the-minute results as the country’s political heavyweights and commentators line up alongside each other in the most experienced election panel.

Seven News anchor Mark Ferguson and senior political correspondent Tim Lester will be reporting live from Sydney where Prime Minister Malcolm Turnbull will be, and political reporters Marija Jovanovic and Nick Etchells will be in Melbourne with Bill Shorten.

Seven News will cross live throughout the night to reporters and politicians in more than 30 key battlegrounds across the country.

Election coverage will break on the main channel at 6pm AEST for a special 30-minute edition of Seven News hosted by Mark Ferguson.

Live election coverage will return to the main channel at 6.30pm AEST in Sydney, Brisbane and Perth – 7TWO in Melbourne and Adelaide – and will be commercial-free until a result is known.

Live rolling coverage of Your Vote Australia Decides 2016 will begin with the results and analysis of an exclusive 7News/ReachTEL exit poll of voters that day, and a separate exit poll targeting voter sentiment in two key marginal seats.

As voters reject MPs, we’ll eject them from the Departure Lounge. And who’ll win the race up the Tower of Power.