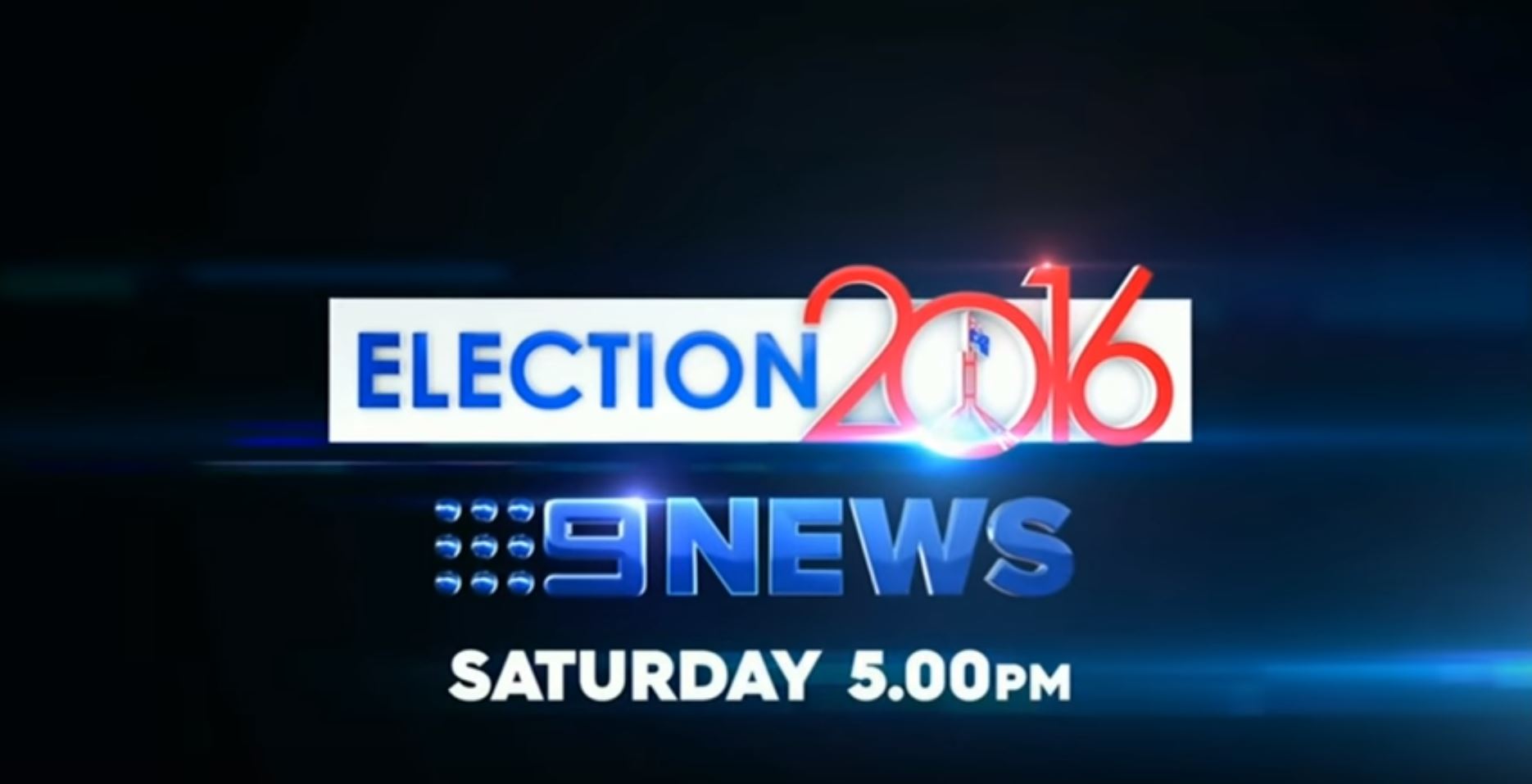 The Nine Network has outlined its election day coverage will start on Saturday from 5.00pm:

The coverage will commence with the result of an exclusive Galaxy poll in which we will make an early call on the likely winner.

Half-hour, state-based editions of Nine News will follow at 6.00pm, bringing viewers the very latest from polling booths in their communities.

National coverage will resume at 6.30pm with an unparalleled lineup of specialist political commentators.
Nine News political editor and Walkley Award-winning journalist Laurie Oakes will lead Nine’s panel of experts. Oakes is Australia’s No. 1 political journalist and is revered in the Canberra press gallery for his record in news-breaking and commentary.

Joining Oakes on the panel is Peter Costello, widely regarded as one of the most successful treasurers Australia has seen. Having served the Liberal Party both in government and opposition, Costello is only too familiar with what would be required of a Turnbull government to implement policy change and get the economy moving if returned to power.

Also offering insight from inside the Labor Party will be former deputy Prime Minister and current Labor frontbencher Anthony Albanese.

Rounding out the panel will be Maxine McKew, the former journalist-turned-politician best known for defeating John Howard in his seat of Bennelong at the 2007 federal election.

We have also assembled an unrivalled team of reporters across the nation, headlined by Peter Overton reporting from Liberal HQ and Allison Langdon at Labor HQ.