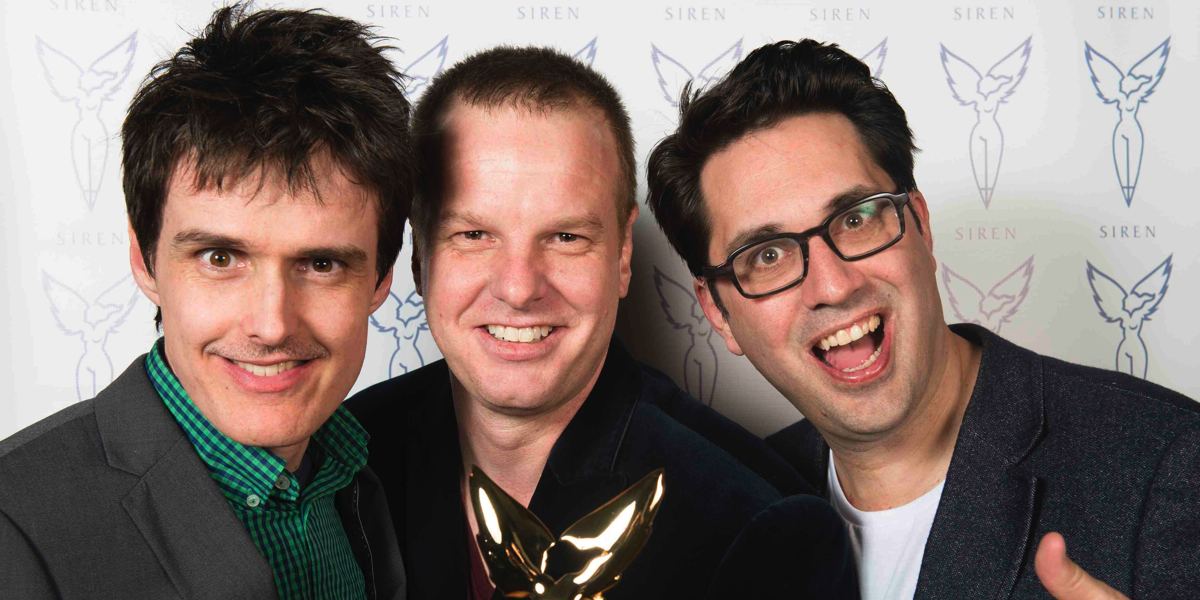 Commercial Radio Australia’s 11th annual awards ceremony took place at Sydney’s Bar 100, following a change to an evening format. Hosts Andrew Hansen and Chris Taylor of The Chaser fame provided plenty of laughs, noting that “As employees of the ABC, we’re the natural choice to host an event that celebrates advertising”. They also suggested that with declining ad dollars across the entire media sector, advertisers would do well not to limit themselves to playing ads before and after music, but inserting ads into songs instead, such as Hansen’s mashup of Nikki Minaj and Baker’s Delight, or Sam Smith and Accor Hotels.

The Gold Siren and the runner-up Silver Siren winners, across the Craft, Single Ad and Radio Campaign categories, were selected across five rounds of judging in the year leading up to the awards. They were judged by the Siren Council, comprised of creative directors and producers from leading advertising agencies and studios throughout Australia.