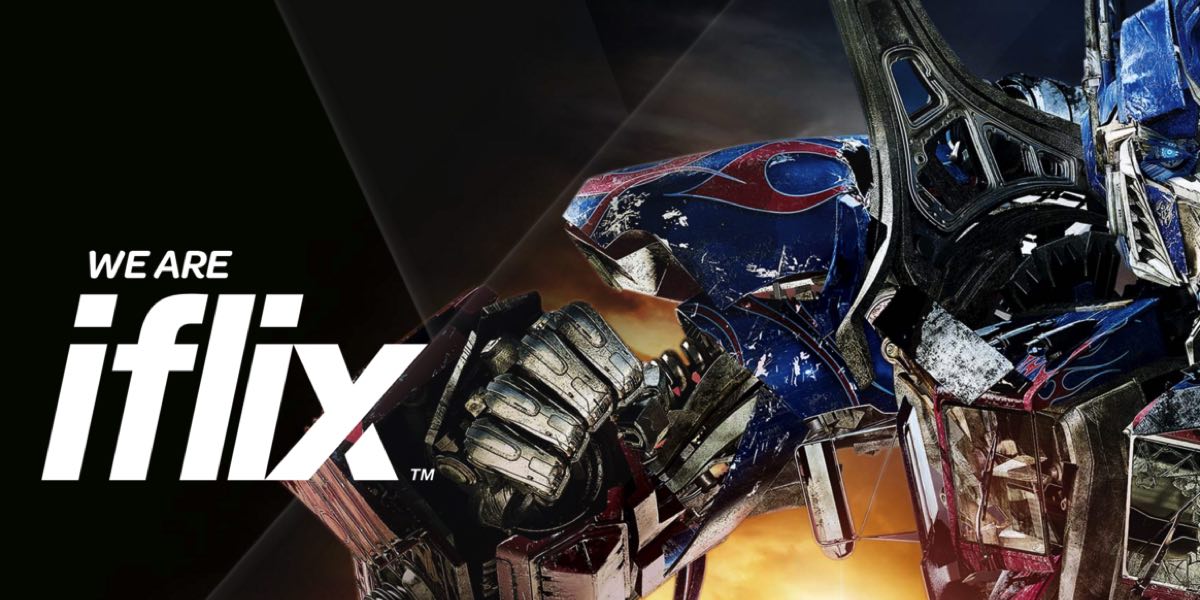 This is the final column for 2015. Mediaweek is in negotiations with the author for its return in 2016. Until then the office not far from Angkor Wat in dusty downtown Siem Reap will be closed for the Christmas/New Year period.

Malaysian-based iflix, Southeast Asia’s leading internet TV service, announced this week that it surpassed one million members within only six months of launch. Available in Malaysia, Thailand and the Philippines, iflix will launch in additional key Southeast Asian markets in coming months. Former Mi9 CEO Mark Britt is the CEO and co-founder of iflix.

Meanwhile Tech News Today reports the startup is planning to raise $150 million to expand its operation in the Middle East, Africa, and Europe. At the moment it’s operating in three countries, Malaysia, Thailand, and the Philippines.

On Tuesday the Jakarta Globe announced to readers that it was shutting down its print edition and going digital only, with a dramatic print front page headline that read, “A Last Hurrah…And a New Beginning.”

The Globe said, “Much has happened since our first edition – the ballooning cost of printing and distribution, slumping readership, and the rise of the internet – but our commitment remains the same: even as we leave behind our print edition, we dedicate all of our resources online.”

The Globe, part of the Lippo Group’s BeritaSatu Media Holdings, was launched seven years ago on 12 November 2008 to much excitement and regional razzmatazz.

Top international journalists and highly experienced editors signed on including A. Lin Neumann, former executive editor of the Hong Kong Standard and editor-in-chief of South Korean daily JoongAng, who edited the Globe for its first four years.

But this week, just over seven years later, Neumann wrote in the Asia Sentinel that with the demise of theGlobe’s print edition, “One of Asia’s most ambitious experiments in English-language journalism effectively came to an end.”

The SCMP Group declared that it planned to use “a very substantial proportion” of the purchase proceeds to distribute a special cash dividend to its shareholders and keep the remaining balance as working capital.

The key beneficiaries of the special cash payouts will be Malaysian tycoon Robert Kuok, who holds 74% of SCMP Group through Kerry Group, and the other substantial shareholder, New York’s Silchester International Investors.

Yesterday the South China Morning Post reported that Alibaba boss Jack Ma had commented for the first time since the purchase, promising to preserve the editorial independence of the Post.

But he didn’t make that comment to the Post – instead the Post reported that he spoke to the Wall Street Journal Asia on Wednesday on the sidelines of the World Internet Conference in Zhejiang, where Ma commented on why people thought the Post would lose its independence if Alibaba owned it.

“Trust us,” he said, according to WSJ.

The sale of Hong Kong’s South China Morning Post to Alibaba may turn out to be boon for quixotic new digital startup, the Hong Kong Free Press, which has survived five months to date due to crowd funding drives.

The news outlet says, “In our first five months alone, Hong Kong Free Press has been blocked in the mainland, hindered by the government at home and has suffered cyber-attacks, cyber-squatting and uncertainties over funding.

“Yet our team has also beaten all expectations, publishing 2,300 news and comment pieces, raising over HK$1 million (A$179,000) and serving up over eight million web pages amid a blaze of publicity.”

The Hong Kong Free Press hopes to raise HK$2 million in its 2016 Fringebacker funding drive which closes on 31 December this year.

Singapore-based Mediacorp has begun its nine month move from its iconic Caldecott Broadcast Centre, which has been its home for the last 63 years.

The company will move into a new complex dubbed Mediacorp Campus, a purpose-built 12-storey headquarters that was officially opened by Singapore Prime Minister Lee Hsien Loong on 8 December.

The 800,000 square foot building will house nearly all of Mediacorp’s 2,800 staff in a single location. It will be equipped with state-of-the-art production and digital broadcast facilities.

About a thousand guests and staff attended the opening ceremony which included a show – the first to be staged in The Theatre at Mediacorp – featuring among other things an extract from the Australian production of Les Misérables.

UK-based Kantar Media will set up an office in Bangkok with 100 staff after officially being given a five-year contract on Wednesday to function as a new TV audience measurement service company in Thailand.

Wannee Ruttanaphon, president of the Media Agency Association of Thailand, told The Nation that this development marked a significant investment for the media industry in Thailand.

Meanwhile, Keld Nielsen, global chief client officer for audience measurement at Kantar Media, announced that the company’s Nick Burfitt was relocating from London to Singapore as managing director for the Asia-Pacific region.

At the swearing-in ceremony inaugurating Myanmar’s new Media Council on 11 December, PresidentThein Sein, in the opening speech, called for more responsible and ethical reporting and the need for the council to develop its complaints process.

But after the ceremony, Pe Myint, a council member, told the media at a separate meeting that the hopefully the incoming new government, to be led by the Aung San Suu Kyi’s National League for Democracy, would be fairer toward the media and act “more properly” in legal cases because of its emphasis on the rule of law.

Journalists still lacked access to information and some laws needed to be changed to protect their rights, he said, noting the jailing of many reporters during Thein Sein’s administration despite the lifting of pre-publication censorship in 2012 and, as one news outlet put it, “three years of seismic changes to the sector.”

The growth of subscribers for Instagram in Korea was the fastest in the world this year, according toBenjamin Joe, the country manager of Facebook Korea.

He announced this during a press conference at the firm’s head office in Seoul, but declined to reveal the exact number of users in Korea.

According to the Korea Herald, Instagram began gaining traction in Korea last year when many celebrities, including K-pop singers and actors, used the mobile app to communicate with their fans.

Joe said Instagram had also gained popularity in Korea because it allowed businesses  to make creative visual content for their marketing campaigns.

Instagram has also been expanding its partnerships with Korean conglomerates and small and medium-sized firms to create marketing campaigns and advertisements using videos.

A lawsuit against Ko Nay Myo Lin, a local reporter with the BBC’s Myanmar service, is dragging on despite 23 witnesses coming to his defence and 26 hearings being held to date.

The reporter was charged with assaulting a police officer during student-led protests in Mandalay last March when 127 people were arrested and many allegedly beaten.

According to the Mandalay Region Police Force, Ko Nay Myo Lin accused officers of pushing over motorcycles, and, after an altercation, punched one of the officers in the face.

The next hearing is scheduled for late this week.

There has been a dramatic rise in threats against Cambodian journalists this year, according to the Club of Cambodian Journalists.

The club revealed that this year there were 12 cases of threats against journalists, compared to four last year. Five journalists were sued this year, compared to just two in 2014, the statement added.

The club also revealed that some journalists, or people claiming to be journalists, acted like stand-over men to collect graft. Of the 21 journalists arrested this year, 13 were allegedly involved in corrupt activities.

The club said, “We have seen journalists arrested this year for using their position to threaten people for money. We are concerned about reporters who behave unprofessionally, and people who pretend to be journalists, both of which damage the reputation of professionals.”

Horror magazines are a crowded genre in Thailand, with at least 18 different titles on the local market, according to the Ghost and Horror Stories blog, which tracks Thai paranormal magazines in Thailand.

Three major titles – Gurupee, Khon Hen Phi and Phi 48, all produced by the same publisher – have ventured into the e-book market, selling at 25 baht (A$1) per issue, both in print and on Ookbee, a Southeast Asian site selling a broad range of publications.

All the magazines follow an almost identical format, from editorial down to the cheap thin paper they are printed on. They also are all dependent on advertising, including amulets, traditional Thai tattoos, lottery predictions; fortune telling and charms. Some also include promotions for entertainment venues and massage parlours.

• Readers of the Thai-printed version of the International New York Times were treated to yet another blank space on Tuesday. This was the fourth time editorial had been blanked out in three months and the third time since the INYT announced that as of January it would no longer print an edition in Thailand. Tuesday’s blanked out article was about a factory worker who was charged in a military court under the lese majeste law for making a “sarcastic” Facebook post related to the king’s pet dog.

• Meanwhile The New York Times was again excluded from this year’s three-day China’s World Internet Conference which opened on Wednesday. The Times was also excluded last year. But among the 2,000 guests from 120 countries were the heads of Alibaba, the company which had just purchased the South China Morning Post and had promised to write positively about China.

• Thailand-based online information provider Zocial Inc has merged with Thai online marketing firm Thoth Media to become one of the larger integrated social data analytics service provider for social media in the region. The merged company, Thoth Zocial, will have a combined market capitalisation of around 100 million baht (A$3.9 million.)

Season’s greeting to all our readers across Australia and the rest of the world.