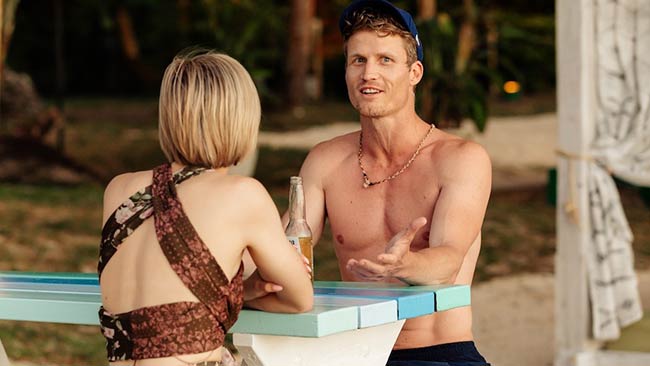 • Brace yourselves Australia, this is going to be a turbulent ride.

A tropical storm is brewing, promising to leave a trail of destruction in its wake when Bachelor In Paradise returns to Network 10.

Without revealing the exact starting date, 10 has announced the following details for the 2019 season:

Reuniting for the first time since their “brutal” separation are The Bachelor Australia’s season four controversial sweethearts, Richie and Alex (pictured).

Their anticipated reunion sparks a major showdown between the former flames, reigniting past tensions. Will the “grubby details” surrounding their split ruin their chances of finding love again?

But the drama doesn’t stop there.

Also donning a sarong and sipping on a Pina Colada will be outspoken bachelorettes Cat and Alisha, fresh from their stint on the Nick Cummins season of The Bachelor.

Hoping this will this be their chance at redemption and finding love, the two plan to show another side of themselves. But will their sharp claws come out again?

And if that isn’t enough to have you purchasing your first class ticket to Fiji, then Brooke’s shocking secret bombshell will.

Brace yourselves Australia, this is going to be a turbulent ride.