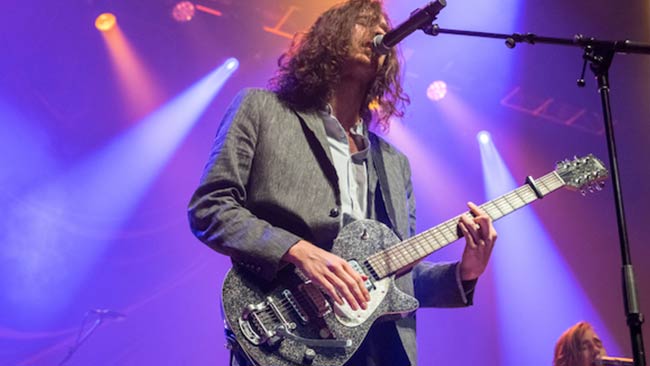 After 22 weeks on the chart, Lady Gaga and Bradley Cooper are enjoying another week at the top as Shallow makes it five weeks on top in total for the multi-award winning tune from A Star Is Born.

The Jonas Brothers have made their first chart appearance together since 2008 with their reunion single Sucker. The song is their first single since 2013 and it becomes their first top 10 hit on the ARIA chart.

There was only one other new entry into the top 50 this week – I Can’t Get Enough from talented US producer Tainy who worked on this with Benny Blanco, Selena Gomez and J Balvin. The single debuts at #44.

Some noteworthy moves in the top 10 in what was a busy week with 10 albums making their way into the top 50.

The movement in the top 10 saw one chart debut and upward moves from three former #1 albums. One of those was Arianna Grande moving back to #1 for what is her third week as a chart topper with Thank U, Next. Also sliding back into the top 10 are two former chart toppers – Divide from Ed Sheeran lifts from #12 to #9 in week 105, while Post Malone’s Beerbongs & Bentleys moves from #13 to #10 in week 45.

The new entry in the top 10 was Hozier (pictured) with Wasteland, Baby! at #8.

This is the Irish singer-songwriter’s second album after his first peaked at #3 in April 2015.

The nine other albums into the chart this week are:
#15 Tasmania from Pond. Eighth album from the Perth band and the fourth to chart in the top 50. Landing at #15 equals their previous best ARIA chart peak.
#17 When I Get Home from Solange. This is also a new ARIA chart peak for her fourth album.
#18 What A Time To Be Alive from Tom Walker. Debut album for the Scottish singer/songwriter.
#20 Shelby from Lil Skies. Second album from the US rapper and the first to crack the ARIA top 50.
#21 Shine A Light from Bryan Adams. Perhaps a slightly disappointing debut for the rock legend’s 14th album. The title track was co-written with Ed Sheeran.
#34 The Fat Of The Land, chart re-entry for The Prodigy following the death of singer Keith Flint last week.
#35 Shadowboxer from Mansionair. At last – the first album from the popular Sydney band hits the chart as they tour through Utah, Colorado and Texas this week before playing Coachella in mid-April. The band’s Aussie fans have to wait until late May to see them at home in NSW with a Sydney show on Saturday June 1.
#48 I, The Mask from In Flames. The 13th album from the Swedish masters of melodic death metal.