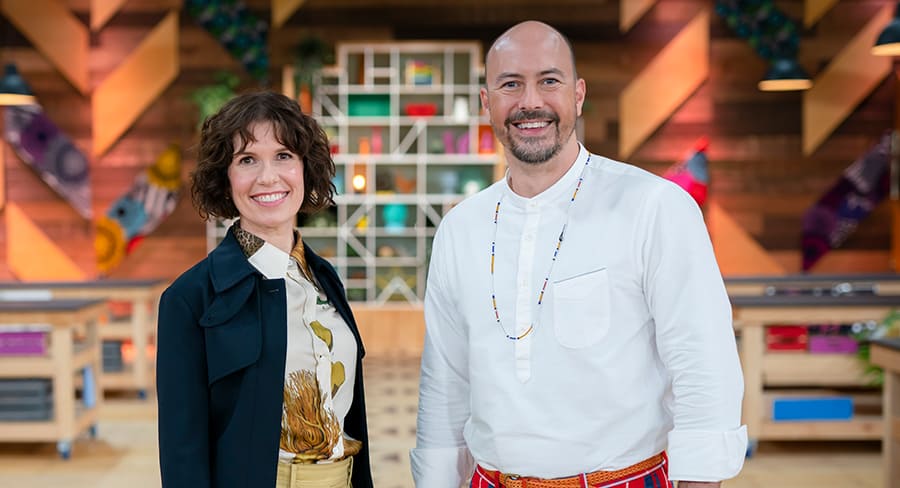 • Making It Australia will premiere on 10 later this year

Deborah Riley and Benja Harney have been announced as the judges of 10’s new crafty show, Making It Australia.

Master craftspeople in their own artistic fields, Riley is a production designer and art director, and Harney is a world-renowned paper engineer.

Best-known for her work as head of art department on Game Of Thrones, one of the most-watched television series of the past decade, Riley’s equally impressive film credits include work as set designer on The Matrix, 21 Grams, and Baz Luhrmann’s Moulin Rouge.

With four Emmy awards and a BAFTA under her artistic belt, Riley is ready to encourage and inspire the makers to push themselves beyond their comfort zone.

Riley said: “At a very fundamental level, I believe in what Making It stands for. I believe in artists and the transformative power of their art.

“All of the challenges will test our makers in different ways and I am incredibly excited to see what they bring to the table”.

Renowned as a pioneer in his field, Harney has created bespoke paper constructions for some of the world’s leading brands including Google, Nike, Facebook and Hermes. Not to mention two of Australia’s most successful music exports: Kylie Minogue and SIA.

As a master-maker himself, Harney is excited at the prospect of being able to share his hard-earned wisdom with our makers and hopes to encourage them to bold heights of creative expression.

Harney said: “I’m over the moon to be involved with 10’s series Making It and to help celebrate Australian imagination.

“I’ll be looking for an inventive approach to materials, confident colour choices and projects that are beautifully finished. These are sure-fire ways for our makers to achieve those ‘wow’ moments we’re looking for”.

Earlier this month, 10 announced that Making It Australia would be hosted by comedians Susie Youssef and Harley Breen.

Making It Australia will premiere on 10 later this year.