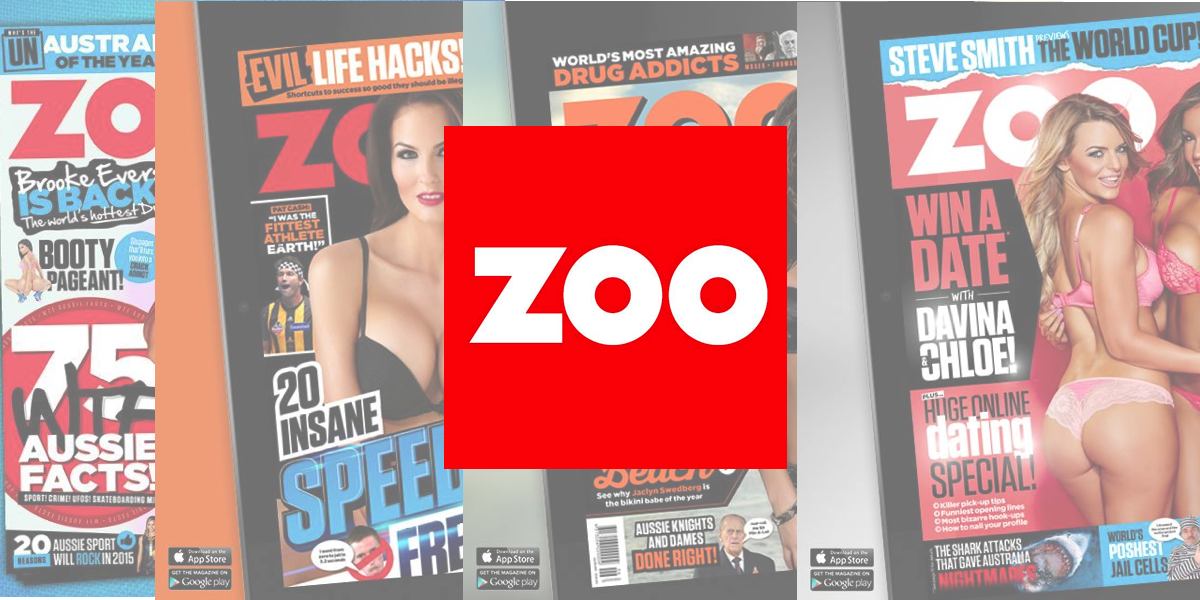 Bauer Media has announced its intention to close Zoo Weekly magazine and its companion website, with the magazine’s final edition going on sale Monday October 12.

“With tough retail conditions in the men’s market, Bauer has made the call to close ZOO’s operations. I would like to thank the teams here at Bauer, as well as the advertisers and retailers who have supported the brand,” said David Goodchild, CEO of Bauer Media.

“The staff has done a great job on Zoo Weekly over the years and I commend their work and thank them for their dedication and effort. It is not an easy decision to close a magazine and we have certainly considered all options before coming to this conclusion,” added Ewen Page, associate publisher, men’s and specialist.

The closure of Zoo Weekly magazine encompasses all platforms: print, website and social media assets and will take effect from October 12.

Newsagent Mark Fletcher has speculated that newsagents may now get copies of the UK edition of Zoo.

Zoo was launched in Australia in 2006 and on its first birthday was celebrating an audited sales figure of 110,000. However its launch here was the start of significant declines in the lads-mag sector. In 2006 both Ralph and FHM were both selling over 100,000 every month, but sales dropped below 100,000 a year later as Zoo cut into their audiences.