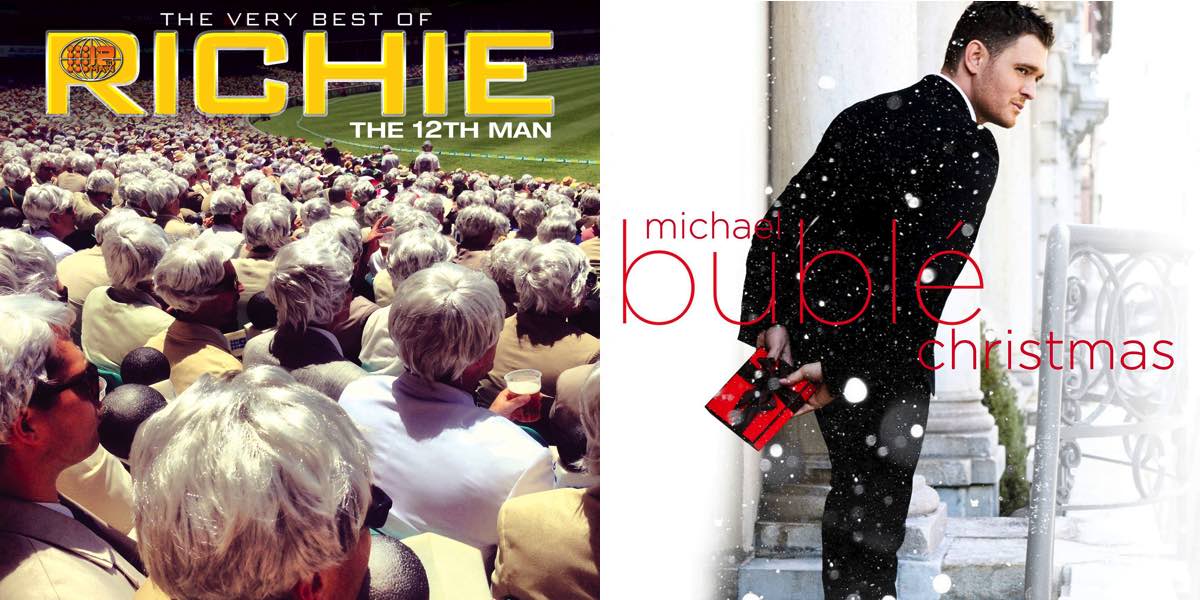 No change at the top with Adele and “Hello” at #1 and “Love Yourself” from Justin Bieber at #2.
“Stone” from Cyrus has seen the single from The X Factor winner slip from #4 to #12 on its second week on the chart.
Television performances are responsible for the only two new chart arrivals in the top 50.
The ARIA Award performance of “Chains” by Tina Arena with help from Jessica Mauboy and The Veronicas is the highest new entry at #14.
Jess & Matt, who were among the top three finalists on The X Factor, have the only other new entry with the song some thought may have been the winner’s single if they had gone all the way – “Nothing Matters” is at #29.

Just three new releases made the top 50 as artists take positions for the still-all-important Christmas trade.
Adele and Justin Bieber hold in the top two spots. Michael Bublé has inched higher to #3 with his Christmas album.
Filling the #4 spot is Billy Birmingham with his final album “The Very Best Of Richie” which sees “The 12th Man” crash the Christmas party top 10. With all his previous albums working their way to #1, can this also make it to the top?
And what a top 10 it is with some of the biggest recording acts ever holding spots – from Taylor Swift, who climbed back into the top five with “1989” after wowing Aussie audiences, to Ed Sheeran who is also travelling the country with a Sydney show still to come on Wednesday night.
The other top 10 greats are Elvis, One Direction, Kylie Minogue and Human Nature.
Could somebody possibly lose their place to Coldplay next week?
The ARIA Awards triggered extra sales for Vance Joy, Tina Arena and Tame Impala who all found spots in the top 20 this week.
The other new releases in the top 50 this week:
#18 Molly – soundtrack to the forthcoming TV miniseries
#23 “Wake Up” from The Vamps