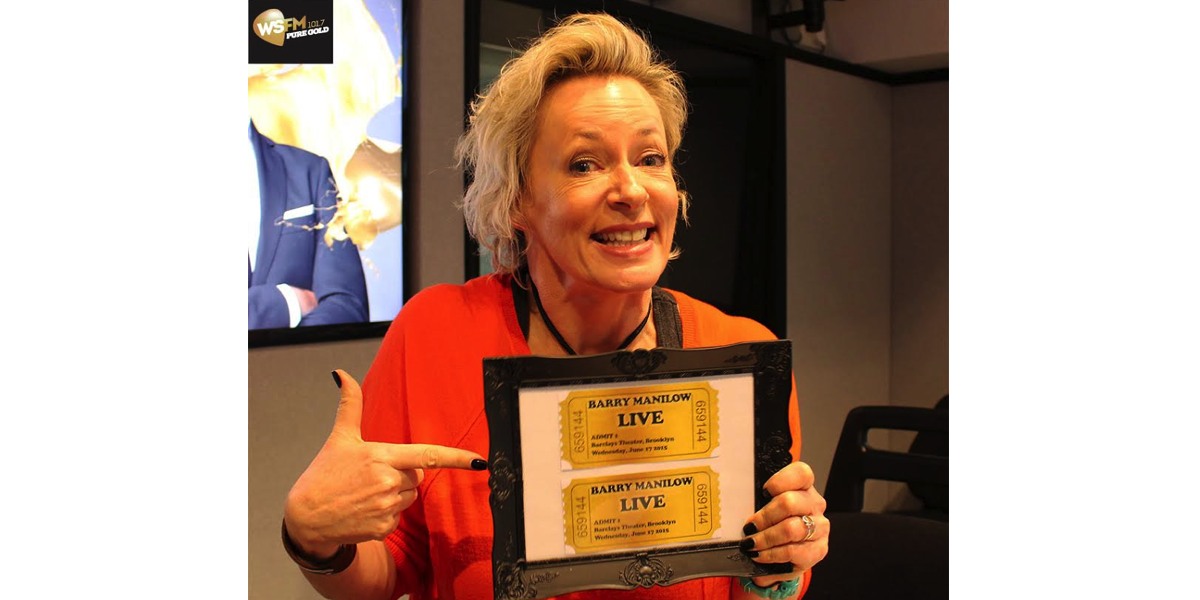 Amanda Keller was in a very cheery mood this morning – not just because she was paying out as usual on WSFM breakfast co-host Brendan Jones who was complaining again he couldn’t get more time on Keller’s TEN show The Living Room.
Keller was spending her last day in the Sydney studio before heading off to the USA where she has tickets to see her idol Barry Manilow at Brooklyn’s Barclay Theatre midweek.

While she is away, Keller will be broadcasting from the New York studios of iHeartRadio.

Keller has a love for Barry Manilow that runs deep. She has adored him since she was a teenager, when posters of Barry covered her bedroom walls. Young Amanda’s diary entries were filled with fantasies of marrying Barry, wearing matching knitted sweaters and snuggling on the couch together.

Keller has seen Barry live and met him once before and last year he rang through to the WSFM Jonesy & Amanda Breakfast Show and reduced her to tears on-air when he serenaded her with his hit song “Mandy.”

Dubbed his One Last Time tour, Barry Manilow is travelling around the US on his last big concert tour. Ever. The very last show of this tour is next Wednesday, June 17 which is also Barry’s 72nd birthday.