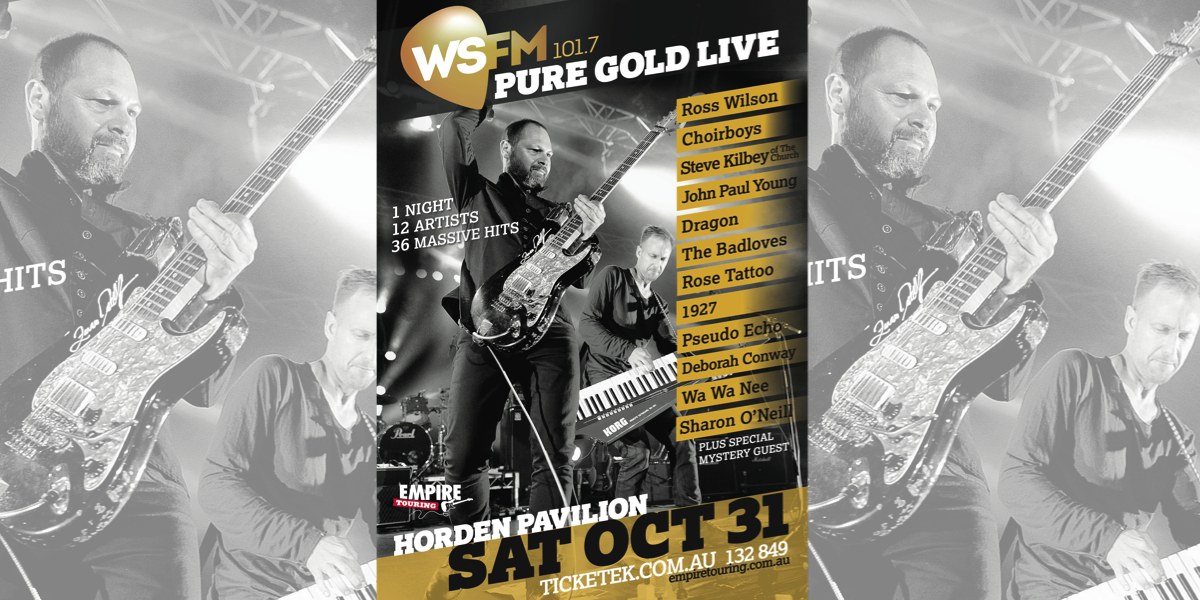 WSFM101.7 has announced the return of Pure Gold Live featuring 12 of the biggest acts of the 70s, 80s and 90s coming together for one night only at Sydney’s rock music landmark the Hordern Pavilion on Saturday, 31 October, 2015.

Pure Gold Live saw its first incarnation in Sydney late last year and was followed by a two-night appearance at Melbourne’s iconic Palais Theatre. Both events were an overwhelming success selling out well in advance.

WSFM101.7’s Jonesy and Amanda said they were thrilled to be taking audiences on this rockin’ trip again.

“If you want to hear a cavalcade of bands you loved in the 80s play their biggest hits – this is the must see show. It was so brilliant last year, we can’t wait to bring Pure Gold Live back!!!” Amanda said.

“I’m just in it for the backstage rider,” Jonesy added.

Many of the artists who played last year are returning again with the addition of some new ones: Ross Wilson, Choirboys, John Paul Young, Rose Tattoo, Dragon, The Badloves, 1927, Pseudo Echo, Steve Kilbey (The Church), Deborah Conway, Wa Wa Nee, and Sharon O’Neill plus a special mystery guest!