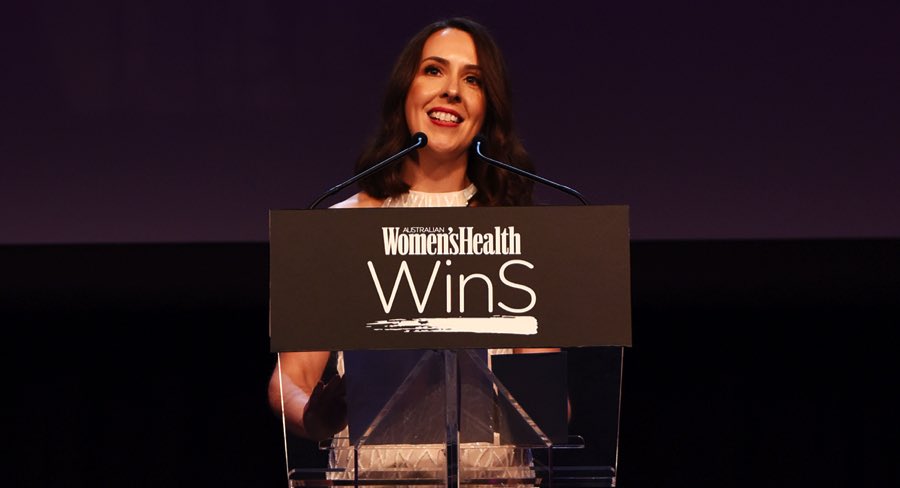 Editor Jacqui Mooney: ‘We definitely don’t like to be bored.’

Women’s Health’s annual awards night recognising women in sport is in its eighth year. However, this year will be the first time that the event will be televised.

“We will be making history,” Women’s Health editor Jacqui Mooney told Mediaweek. “It will be the first time that a female awards sporting night has ever aired on Australian free-to-air television.”

The founding editor of Women’s Health, Felicity Harley,  launched the awards in 2010. She passed on the baton to Mooney in 2017.

The awards are a full-year commitment for the team at Women’s Health, Mooney told Mediaweek in the lead-up to the big event. “It is something we work on as a program for 365 days a year. The awards are the pinnacle for us.”

The event will be held at the Hordern Pavilion on October 17 and will be broadcast on Seven during the week of October 28 as a 60-minute package.

“As a brand, Women’s Health has been campaigning for equality for women in sport for eight years. We are absolutely delighted to see this recognition in terms of air time,” Mooney said. “It demonstrates the hunger that is out there to celebrate these incredible athletes.”

The awards night is deliberately placed at this time of the year when AFLW and NRLW seasons have wrapped up and the summer of cricket is about to get under way.

“There is always something on. This is such an exciting time of the year,” Mooney said. “Traditionally, it has worked well. It’s in between everything. The awards are a celebration of women in sport. We want as many athletes as possible to be able to attend.

“There are many sporting awards out there but what makes Women in Sport awards so special is that they celebrate many different disciplines. At no other awards night would you have women from many different sporting codes in the one room on the one night to celebrate all of the most incredible achievements of the past year.”

Mark Beretta, Susan Alberti, Annabelle Williams, Nicole Livingstone, Louise Evans, Matti Clements and Mooney are the judges for the awards this year, which comprise 10 categories. The new category at Women in Sport this year is Comeback of the Year. This award is inspired by conversations around mental health.

“We wanted to have an award that recognised not just physical achievements but also overcoming adversities,” Mooney said. This means coming back from a physical, mental or emotional challenge to accomplish a sporting high in the last 12 months. A key requirement for the winner of this award is that they are open about the struggles they have faced. “We are thrilled to see that being added to the schedule this year,” Mooney said.

Following the success of the Women In Sport event, Women’s Health has aggressively pushed into the event space this year.

The past 12 months have been big for the magazine, Mooney said as she listed all the events that the title has hosted this year. “We’ve moved into events, experiential and direct-to-consumer space in a big way,” she said. Some of the events organised by Women’s Health in 2018 include Fit Night Out, Secret Sweats, Celeb Sweats and Women’s Health Talks.

“We definitely don’t like to be bored,” Mooney said. [Laughs]