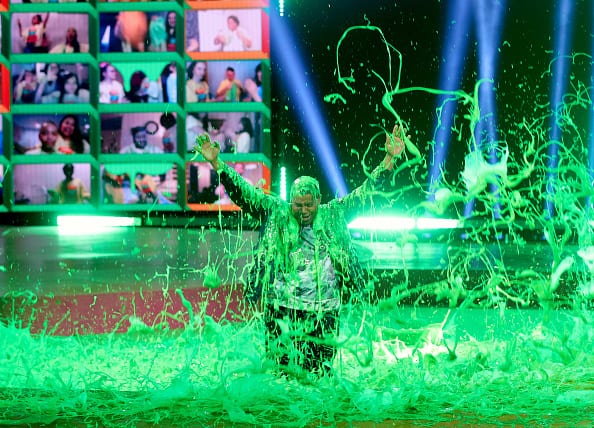 • The awards show will premiere in Australia and New Zealand on Monday, 15 March

Nickelodeon’s Orange Blimp took fans on a virtual ride around the world and beyond at this year’s Kids’ Choice Awards 2021, which took place in California. The awards show will premiere in Australia and New Zealand on Monday, 15 March at 6PM (AEDT) on Nickelodeon.

Highlights from the Nickelodeon Kids’ Choice Awards 2021 include:

Performances by Grammy Award-winner Justin Bieber of his chart-topping hit Intentions, joined by Quavo and introduced by Hailey Bieber; and a medley of his latest singles, Hold On and Anyone.

Special remarks from Vice President of the United States Kamala Harris, introduced by actress Jennifer Garner, as part of the show’s Generation Change presentation, which recognised kids’ strength and courage to create a better world for future generations.

Setting a Guinness World Record for the most simultaneous slimings.

Winner of Aussies and Kiwi Legend of the Year will be revealed in Monday night’s local broadcast. The following are Nickelodeon’s Kids’ Choice Awards 2021 winners: