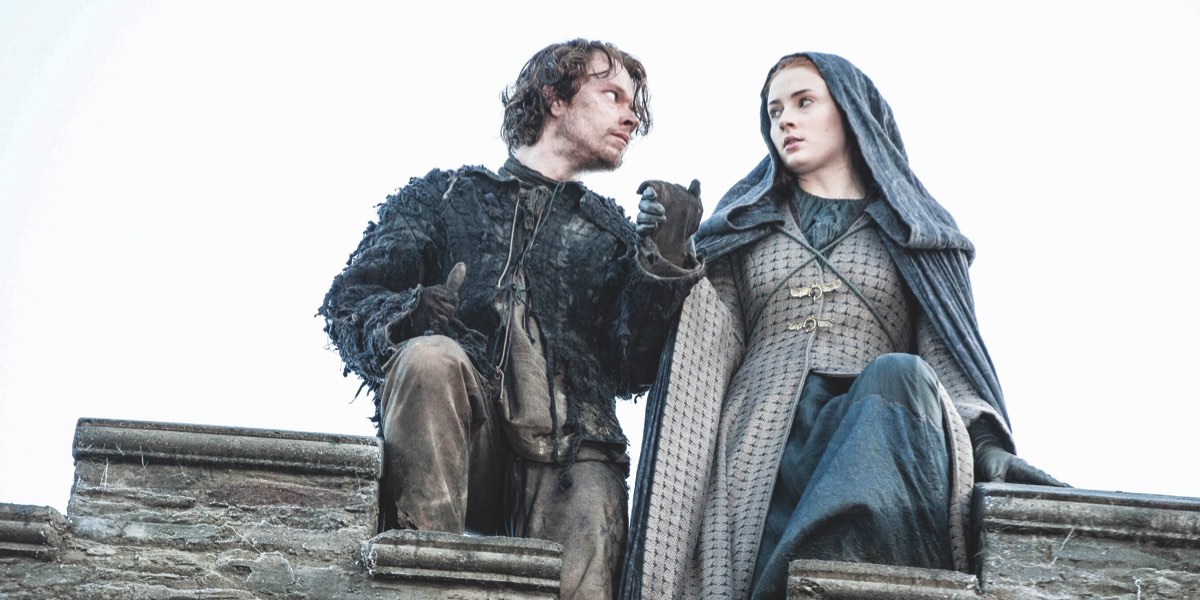 Alfie Allen is disarmingly charming. Sitting down with one of the stars of what is arguably the most talked about TV show on the planet is always going to be a thrill, but Allen takes it all in his stride and puts everyone he talks to at ease. It is very quickly apparent that Allen appreciates the opportunities that the show has provided him and is thrilled to be on a show as significant as Game of Thrones.

Allen’s character, Theon Greyjoy, has been through a lot on the show. Initially starting the series with a swagger, the character has figuratively been through hell and back as he was psychologically and physically emasculated by a cruel torturer over the run of the show. Now, however, Greyjoy is set to take a more significant role in the show, pushing Allen further into the limelight.

The Game of Thrones star sat down with Mediaweek towards the end of a busy press tour.

If you weren’t on the show, is this the sort of show you’d watch?

I would be into it. I would definitely be into it. I would probably be one of the people that would pretend that, because it is so popular, I would probably try and shy away from it. But the show is only going to get bigger. There’s still a huge amount of people out there who haven’t seen it. So, it’s crazy to think that when it’s so massive already.

Is a press tour in Australia any different to other countries?

I haven’t really done many press tours, so I can’t compare them to others. Right now, season 6 is approaching very fast and I was given the opportunity to come out here and advertise the show for Foxtel.

The shooting of the show is decentralised with the cast in so many countries across Europe – do you feel like you are part of an integrated cast?

Because I’ve been in it from the start, it’s kind of crazy. I feel like a fan when I get to see new cast members come on because I have my own image of them in my head and then I see what’s come out with it and who’s been cast. It does feel kind of weird sometimes when there are so many things going on and so many different storylines. Even though I’m a part of the show, I’m kind of just a small part of it.

Having come to it from the books, how is it now that the series is off-book and now just the show?

I’m a fan. Looking forward, who knows what’s going to happen. Especially with the Sansa-Theon relationship in season six. People keep asking me whether she needs a protector. In my opinion, Sansa can look after herself. She’s doing all right.

I stopped using the books as source material a long time ago and now it’s taken on its own sort-of life. George [RR Martin] wrote these stories 20-25 years ago – well the first one anyway – so seeing new life breathed into the characters… I don’t want to put words into his mouth, but it’s probably quite refreshing for him.

There was a lot of controversy around Sansa last season and the burning of a girl a few episodes before that. Your character went through a castration, but there wasn’t a controversy surrounding that. Why do you think people didn’t seem to care that your character was mutilated?

That’s a good question. I don’t know. I can barely open my emails, so in terms of trawling through the internet for a reaction, I wouldn’t know.

As a performer, do you have to carry yourself differently knowing you don’t have “that”?

[Laughs] What posture-wise? If anything, it’s going to humble him. I wouldn’t of thought that he would need to substitute anything.

As a star on the biggest TV show in the world, is there anything you have been able to do that brought you joy?

Just having people I respect as actors telling me that they appreciate my work is kind of insane. I don’t want to say who, but I have definitely had some nice compliments thrown my way, which is always great.

Most of the Game of Thrones cast haven’t done many films. You were in the amazing John Wick.

Thank you. It was a fun action movie. It was cool. I have a Stephen Poliakoff thing coming, he’s a fantastic director, called Close to the Enemy, which should be good. There’s something in the pipeline that possibly may happen. We need to work out dates.

Does the show make it difficult to schedule films?

I’m not going to complain. I’m very lucky to be in the position I’m in. There’s actors who would cut their right arm off to have a seven-year contract. That’s what they do as standard now – you just get signed for seven years. I’m not saying there’s seven seasons of Game of Thrones, but it’s what they do now. I couldn’t ever moan about not being in enough movies when I’m in Game of Thrones.

Is it a jovial set?

Put it into comparison with a six-month shoot on a movie when you get two-hours footage. With Game of Thrones we’re doing 10 hours of cinematic footage in the space of four or five months. They know what they’re doing. They are very efficient and very good at what they do. In terms of upcoming season 6 stuff, when Sansa came into our storyline and did breathe a new life onto set for us, these storylines are crossing paths and it’ll make for more interesting viewing.

Is that exciting – seeing a cast member who was so separated away dovetail into your story?

Absolutely, yeah. It’s kind of me dovetailing her in a way. In the first season, because it wasn’t a well-oiled machine, if they hadn’t finished shooting a scene I’d fly in and get to hang out with people that I wouldn’t be part of their storyline. Now, it’s different. But it has the same joviality to it.

Game of Thrones: a key property for Foxtel

It’s a show that gets everybody talking. Not only about the show itself, but it also drives considerable conversation about how people watch the show.

While the show is often put up as the go-to example of TV shows pirated by Australians, Foxtel has also positioned the show in its marketing as one of its key assets when promoting scripted dramas on the platform and on premium drama channel Showcase.

Each year Foxtel also uses Game of Thrones as a lure for viewers to sign up to its contract-free internet video service Foxtel Play. A special three-month Game of Thrones deal is on offer to subscribers, offering the Foxtel movies package, which includes Showcase, for just $5 on top of one of its $25 base-level content packs.

The thinking for Foxtel is that if they can drive subscribers to Foxtel Play for Game of Thrones, viewers will enjoy enough other content over the three months of their subscription that they will keep subscribing.

With the promotion now an annual event, it is safe to say that the promotion meets this objective. A Foxtel spokesperson advised Mediaweek: “While we don’t break out subscriber numbers across different promotions, Game of Thrones is definitely a major draw for subscribers.  Our Foxtel Play/Game of Thrones promotion has been very successful in previous years and we expect the same to happen this year.”

Game of Thrones season 6 commences on 25 April at 11am on Showcase, simulcast with the US broadcast

Image: Theon (Allen) and Sansa (Sophie Turner) get ready to jump in the season 5 finale