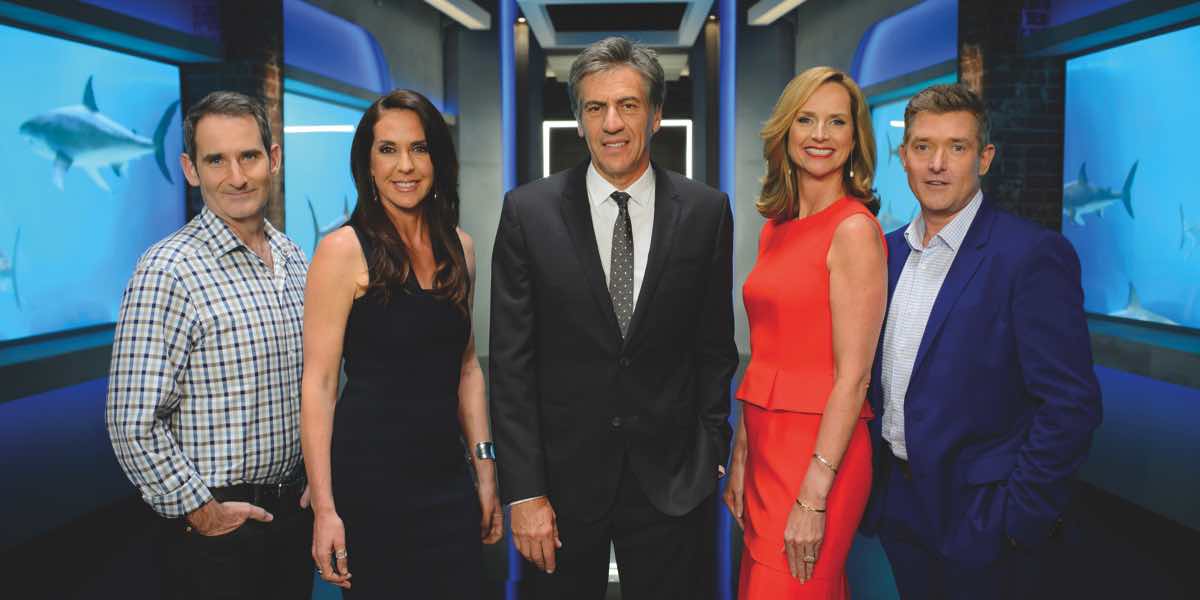 Shark Tank is back for a new season with a new shark and more money invested, while a Sharknado looms

• Shark Tank is back for a new season with a new shark and more money invested, while a Sharknado looms

It’s a perfect synergy. Returning for its second season, the TEN product investment reality show Shark Tank will be devoured by the brute force of Sharknado.

Theme park guru Lynton V. Harris will pitch the “sharks” on the show the opportunity to invest in Sharknado Alive, an attraction based on the popular direct-to-TV movie series.

A Sharknado attraction being pitched on Shark Tank is just a little too perfect, an idea that could only be cooked up by a TV producer looking for a gimmick. But Paul Leadon, Ten’s EP on the show, insisted that the idea was all Harris’. During the audition, Harris just walked through the door.

“We were just sitting in the Sydney auditions in a room in Kings Cross and we had people coming in and pitching paleo food, apps, and whatever. This guy comes in and he’s a showman. An absolutely old-school Jim Sharman showman. The synchronicity was his own idea.

“For a living he creates these attractions based on Hollywood franchises. It’s a legitimate business. He’s been doing it for 20 years. He had snared the Sharknado franchise to make a series of attractions around the world. He’s not building theme parks based on the film – he just does an attraction. Movie World or wherever will hire this guy, give him a bit of space, then he designs, builds, staffs. Because he’s that sort of a dude, he figured out that it would be a great synchronicity if Sharknado was funded by Shark Tank,” Leadon recalled.

The audition process that Harris went through for Shark Tank is a lengthy, involved process. After the call for applicants goes out the production team sifts through hundreds of applications from entrepreneurs seeking to get facetime with the investors on the Shark Tank panel. After the first round of culling, a team involving the Shine production EP, the series producer from Shine, the casting specialist from Shine, a business specialist, and Leadon embark on a national tour to talk to a short list of applicants. With so much of the entrepreneurial startup space focused on developing apps with the hope of being the next Uber or Airbnb, one would presume that Shark Tank would be overwhelmed with apps.

“We do have apps sprinkled throughout that are kind of cute and interesting. You can’t ignore it, even though if you have app after app after app it becomes boring television,” Leadon said.

“Because we’re all just dumb TV people, we don’t know or we have inflated ideas about our own wisdom. If an app comes along that he feels has a good chance, we look at it,” he said.

The promise of TV exposure and the opportunity to pitch to the business investors on the Shark Tank panel are among the main reasons why those pitching take their ideas to the show and don’t just seek crowd funding on platforms like Kickstarter.

Leadon is eager to emphasise the real world bona fides of the Shark Tank panel of investors who are on the show to make genuine investments in promising entrepreneurial ventures.

“None of them are doing this for charitable reasons. They will invest if they think they are going to get a return. They also strongly believe in entrepreneurship. That was a criterion for us. We wanted all the sharks to be self-made. There’s no old money in our group and therefore, each of those five sharks has been on the other side of that table, in the situation where they have had to pitch to look for money. So, they can empathise.

“The sharks are using their own money. They’ve each, in their heads, got a pot that they don’t divulge to us. They probably have an amount of money that they will allow themselves to spend. One guy came in and asked for five million dollars. That’s a tough sell. We have a deal this year for $750,000 by one shark. That’s a lot. I think it’s our biggest deal yet,” Leadon explained.

The legitimacy of the investments, Leadon believes, is what makes Shark Tank compelling. “Audiences want these businesses to be real, they want them to actually have rigour, that it’s not just a show where you give money to people who’ve worked hard, or fix up their house because they’ve had a hard time. They want good ideas and hard work to be rewarded.”

This year has seen the introduction of Greencross founding managing director Glen Richards to the show, replacing John McGrath. McGrath left the series, citing time constraints. Finding a replacement wasn’t easy, considering the unique situation in that those appearing on the show are also expected to be investing their own money to take part.

“There’s not that big a catchment to pull from because we’re talking about very wealthy people who are quite happy to fork out large amounts of their own cash and are already playing in this pond in terms of entrepreneurial technology, creating, and developing new business. We narrowed it down, we put the call out, casting like anything else. We got down to interviewing about four or five people, which is in itself a weird thing – when you’re talking to guys who can buy or sell you, it’s not like auditioning actors. The normal rules don’t apply,” Leadon said.

It was Richards’ experience in the retail space and Greencross’ recent moves into health care for humans in addition to its core pet medicine business that the production team found appealing. The decision has worked out for Shark Tank, with Richards proving to be one of the bigger spenders on the show.

“To find a guy who ticked the box of retail, because he founded Pet Barn, the medical area with Greencross, he was already playing with startups. And he’s happy to spend big amounts of money. In season 2, Janine was the biggest investor, but Glen came in second. He put in nearly $1.7 million of his own as an individual, which is remarkable. He did more deals than anyone else as well,” Leadon revealed.