• There were six finalists in the Boomtown Challenge

The announcement of the winners came at a special dinner attended by teams representing the six finalists in the Boomtown Challenge.

One guest attending asked the security guard at the entrance if this was the place $1m was being given away, but he looked confused and didn’t crack a smile.

The announcement of the winner was made by Prime Media’s Dave Walker and Southern Cross Austereo’s Nikki Clarkson. Early in the day, Clarkson and her two colleagues on the judging panel – Mark Ritson and Nigel Marsh– reviewed the work of the six finalists before selecting Wavemaker’s San Remo pitch as the victor.

McDonald and Drummond (both from regional communities) made the trip to Sydney for the announcement. They were joined on the Wavemaker table by Wavemaker CEO Peter Vogel.

McDonald said the hard work of recent months wasn’t finished, as plans begin today to spend the $1 million prize money to roll the campaign out across regional Australia. 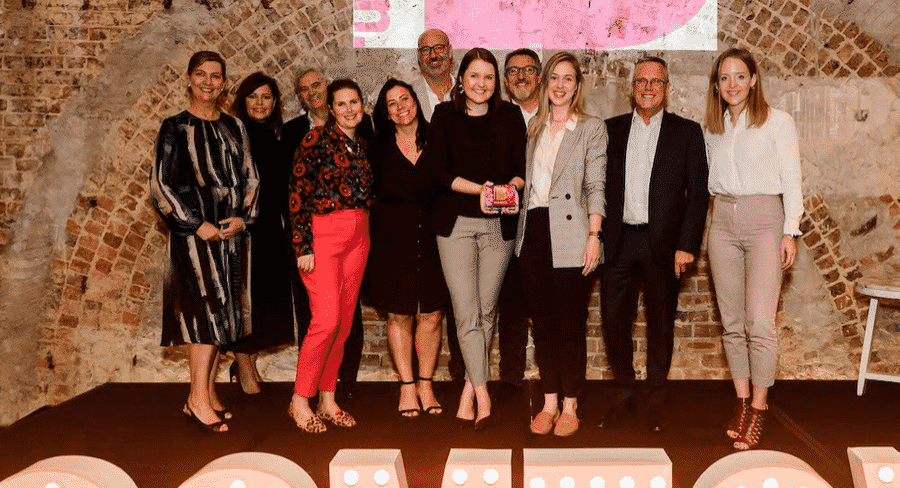 “The winning campaign leverages an existing strategy for San Remo and is centred on the idea that regional kids need energy to fuel their sport-filled weekends, and San Remo Pasta is the perfect solution on a Friday night.

“It was great to have the support from a 100 per cent family owned Australian business in San Remo. And the Wavemaker team are excited to see this campaign come to life with regional communities at the heart of our campaign.”

The panel said it was overwhelmed by the strong industry response to the Boomtown initiative, receiving entries that ranged from well-established brands with a national presence to new and emerging challenger brands.

The Boomtown committee was initially apprehensive about how many Boomtown entries it might get. On the final day for entries there had been little activity until over 30 arrived late in the day.

The entrants were then whittled down to a five-strong list of finalists, which was subsequently increased to six in a reflection of the entrants’ uniformly high quality.

The judges commented: “The winning team demonstrated an impressive and thorough understanding of the regional consumer, media landscape and business opportunity. And pulled it all together with a well thought through idea specifically created for the regional context. We’re confident the results will provide an unarguable case for the power of regional media. Friday nights will never be the same again.”

“The strength, depth and diversity of the submissions really shows how the Boomtown concept struck a nerve,” he said.

Australian Community Media’s national sales and partnerships director Penny Kaleta said: “For me it demonstrates an acceptance for the industry to start lifting its gaze beyond the confines of our cities and suburbs to see the richness regional Australia offers.

“It’s still early days but the simple fact that regional Australia is home to 36 per cent of us yet account for only about 10 per cent of national advertising budgets should be as staggering a statistic as it is compelling for everyone in adland.

“For me Boomtown has led to a rethink of national brands about the effectiveness of their media investments in regional Australia.”

Boomtown chairman Brian Gallagher is on sabbatical in London and was unable to make the event. However his Boomtown colleagues at the announcement included TRSN’s Jeremy Simspon, Penny Kaletta and Dave Walker.

The Boomtown finalists were: