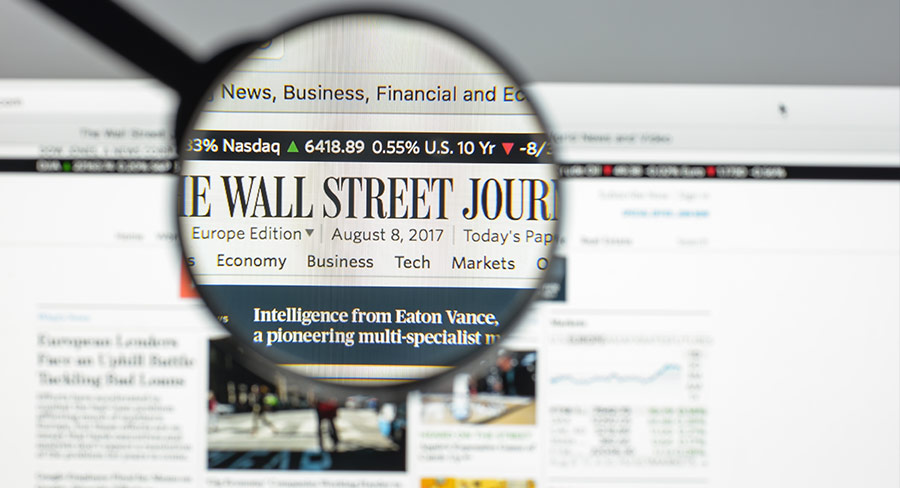 Current editor-in-chief Gerard Baker will take up a new position as the Journal’s editor-at-large.

Matt Murray has been named editor-in-chief of The Wall Street Journal and Dow Jones Newswires, succeeding Gerard Baker, who is to take up a new position as the Journal’s editor-at-large, which will include regular writing, hosting the paper’s expanding network of conferences and events, and television presenting. Murray is currently executive editor of the Journal. News Corp has reported that under Baker’s five-and-a-half year tenure, the Journal’s daily circulation has grown by more than a third, led by a rapid digital expansion, and at a time of declining trust in news media the paper has cemented its position as the most trusted newspaper in America. The Journal has consistently led the field with the deepest and most consequential reporting on US and global business, finance and economics news, and it has been the principal contributor to Dow Jones hitting three million memberships this year, creating a firm base for the future of the highest quality journalism. The paper’s technological transformation has resulted in rapid international expansion under Baker’s leadership and its conference network is continuing to grow on a global scale.

Robert Thomson, chief executive of News Corp, said: “Gerry has been a very successful editor at a time when journalism has been digitally challenged. I have no doubt that Matt is a worthy successor as editor-in-chief and will be a leader of the highest commitment and integrity. His strong reporting and editing background and his passion for the Journal are obvious to all who have the privilege of working with him.

“In his new role, Gerry, who is a gifted writer and skilful and intelligent interviewer, will continue to make an important contribution to the Journal’s development.”

Baker will write a regular column in Review, the paper’s weekend section, as well as other articles for the paper. In addition, he will host a WSJ-branded news and interview show on Fox Business Network and be a leading voice of the Journal’s rapidly expanding live journalism and events business, conducting interviews with leading figures from business, politics and culture.