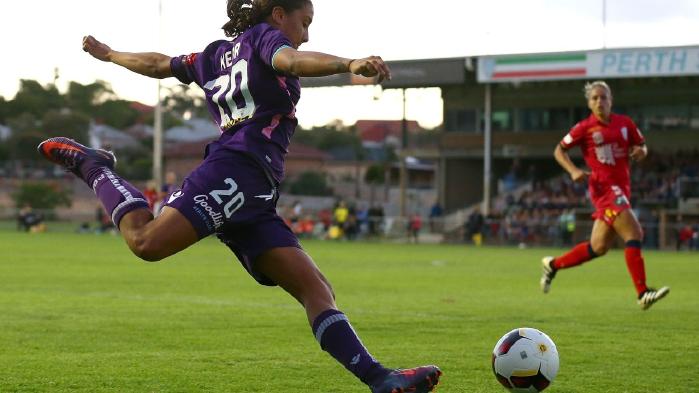 Australia’s best female footballers return to the field this week, when the 2017/18 Westfield W-League kicks off live and ad break free during play on Fox Sports.

A total of 27 games will be broadcast on Fox Sports’ platforms this season, up from 17 matches last season, with a number of Hyundai A-League and Westfield W-League double-headers set to feature on Friday nights and Sunday afternoons.

Fox Sports will broadcast two games live on TV in Round 1, including the season-opening clash between Sydney FC and Brisbane Roar on Friday night (October 27) and Newcastle Jets v Western Sydney Wanderers on Sunday (October 29).

The games kick off a live and ad break-free-during-play double-header on Friday and a triple-header on Sunday with Hyundai A-League matches.

They will combine with a rotating roster of some of the most respected names in football, including former Matilda Sarah Walsh, the Matildas’ record goal scorer, Kate Gill and renowned commentator Stephanie Brantz.

Tarek Elrich will feature as the special guest on the Shootout program on Sunday, while former Newcastle Coach Scott Miller teams up with Mark Bosnich and Adam Peacock to wrap up the weekend’s action on A-League Hour.