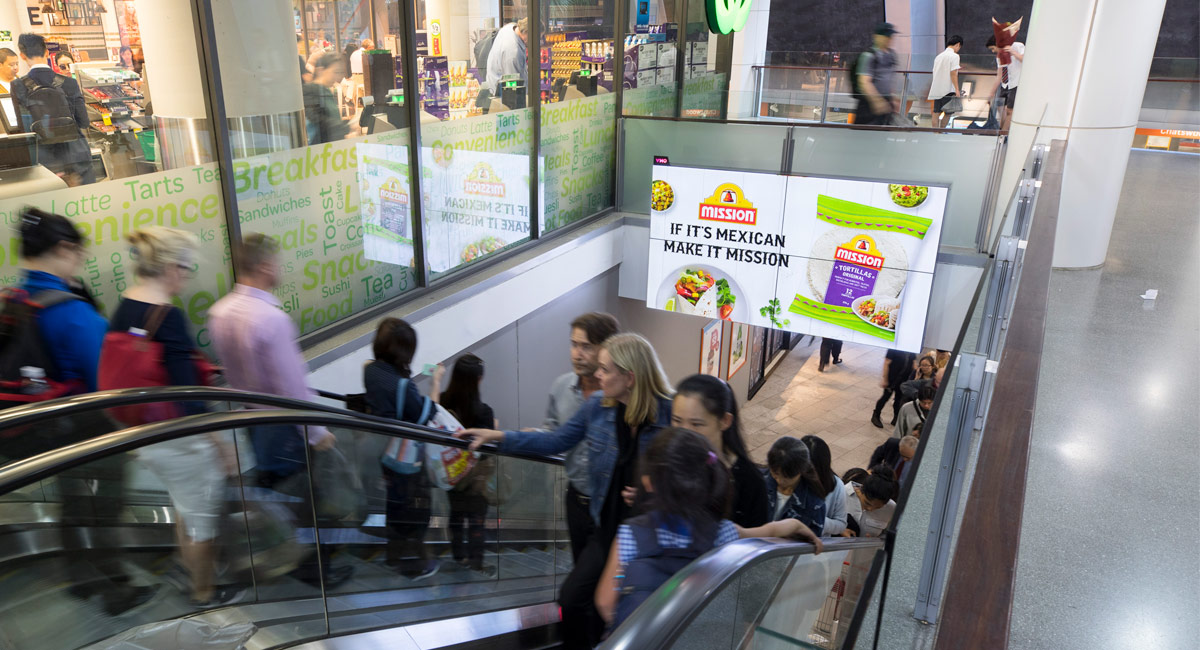 Australia’s fastest-growing digital out-of-home provider, VMO (Val Morgan Outdoor), has secured exclusive rights to Chatswood interchange expanding its network into one of the busiest retail and commuter hubs in Australia.

Integrated with Chatswood railway station, the interchange is a major gateway into and out of Sydney’s North Shore.

In the first phase of this development, 11 high-impact, full-motion, digital screens have been strategically placed to capture the attention of the audience throughout the concourse in the high-traffic environment. Expanding the VMO footprint, this addition has come just months after the launch of VMO’s permanent smart large-format digital billboard on the Gold Coast – a first in Australia. Securing Chatswood interchange builds on VMO’s offer in the competitive out-of-home market. Throughout 2018, a further 500 locations will be added to the growing network across the VMO Shop, VMO On-the-go and VMO Active portfolios.

Chief commercial officer of The Hoyts group Anthony Deeble said: “This is a great win for VMO. Chatswood interchange is a world-class shopping district and commuter hub. The foot traffic this location attracts is exceptional and has added an impressive 16,500,000 to VMO’s annual audience reach.”

VMO’s GM sales and marketing Paul Butler added: “VMO’s presence at Chatswood interchange truly showcases the unique capability of our network. Using DART insights overlaid with third party data, we have strategically placed screens in prime locations to engage the audience at key moments throughout their commute. We are providing advertisers with what we believe is the most impactful, efficient and effective out-of-home solution in market.”

Stage two of the Chatswood transformation will commence shortly and will see the unveiling of premium, large-format screens throughout the precinct.