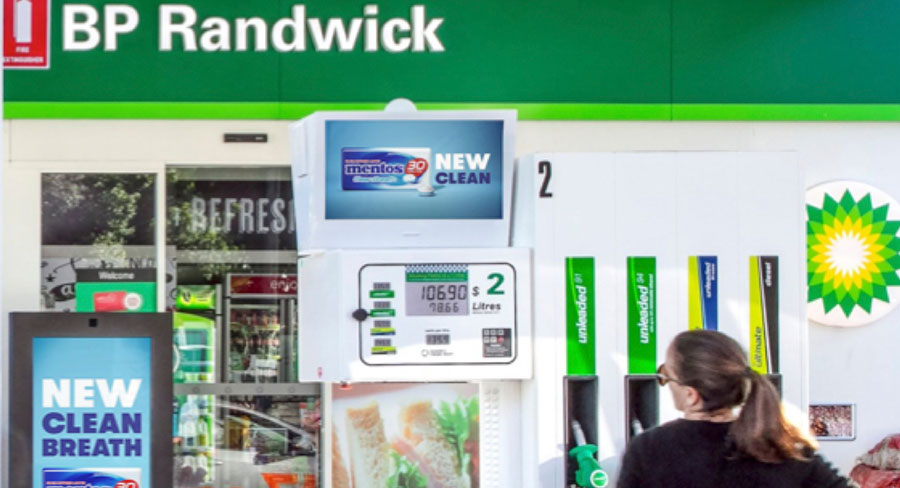 The installation marks the beginning of an extensive national roll out

VMO has confirmed plans for a further investment in its On-the-go (OTG) Outdoor TV network adding 70 new screens and major upgrades in the next four weeks.

The fast-paced expansion has already commenced with the recent unveiling of large 22-inch screens on bowsers at BP Randwick, one of Sydney’s busiest petro and convenience locations in the eastern suburbs.

The installation marks the beginning of an extensive national roll out starting in Sydney’s eastern suburbs and lower North Shore. The expansion will see the addition of the newly built BP Clovelly, along with a slate of enhancements planned for Surry Hills, Bondi and Manly locations.

VMO has also secured new locations in Victoria, Queensland and WA that are scheduled for mid-July completion.

Anthony Deeble, Hoyts group chief commercial officer commented: “I’m proud to announce these exciting, new enhancements to our On-the-go network. The significant growth and changing face of the convenience and impulse retail sector in Australia presents a great opportunity for owner operators and advertisers alike which is why we’re investing in high-quality, new-generation screen tech to engage audiences and leave a lasting impression.”

Paul Butler, managing director of VMO added: “Recent studies have validated the OTG network’s ability to deliver 43% unduplicated reach when bought in conjunction with FTA TV and brands are leveraging this as a quick, easy and cost-effective way to build campaign reach. We know that the average Aussie spends four minutes filling up their vehicle, so this is a great way to cut through and deliver your message in a distraction-free environment.”