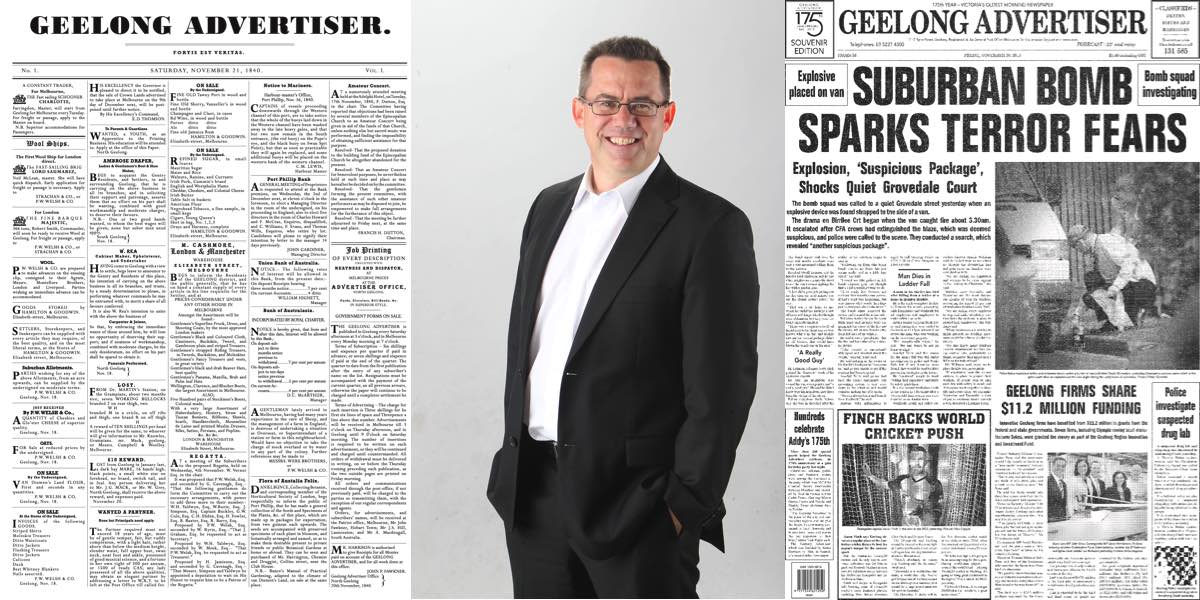 Geelong Advertiser editor Nick Papps talks about the past, present and the economy

Victoria’s oldest paper, and Australia’s second-oldest, is celebrating 175 years of livelihood. The Geelong Advertiser is older than the Australian gold rush period. In fact, the News Corp local daily had a vital role to play in igniting the movement, claimed the editor Nick Papps.

“Back in 1851, we were the ones who wrote the story about the discovery of gold in Ballarat. It was in a few pars on page four saying gold’s been discovered in Ballarat and from that the gold rush started,” Papps told Mediaweek.

In a telephone conversation with Mediaweek on the second week of its celebrations, Papps also credited the paper for the birth of the Geelong Cats.

“In 1859, we had four paragraphs in the paper calling for people who were interested in football to come for a meeting at a local pub. From that meeting, there was the formation of the Geelong Football Club.

“Our history is the history of our city.”

The first edition of the paper was published on 21 November 1840. The edition had four pages with advertising on the front and back cover, and lots of public notices, Papps detailed. The cover price of the issue was six pence.

[blockquote style=”3″]FACT: OVER 49 BILLION pages of the Geelong Advertiser, also dubbed “Addy,” have been printed over the past 175 years since 1840. If you placed these pages end to end it would create a paper ribbon that could travel 670 laps around the globe.[/blockquote]

Speaking about the secret to its long life and its focus, Papps said: “When we first came out, we came out once a week on a Saturday. Now we are a six-days-a-week newspaper, and a 24-hour, seven-days-a-week digital publishing organisation with a magazine [published on Saturdays and called GT].

“What’s really interesting is in the very same week that we celebrated our 175th, we also launched our new website on WordPress…which is faster and more user friendly.

“The key in many ways is to keep on innovating and making sure you are meeting the needs of your market, and you’ve got great new ways to tell your stories, which is what we’ve got. The core values remain the same…being there for the community.

“[It’s important to us that] we walk shoulder to shoulder with them and make sure we’re there when they need us.”

While many publishers and editors recognise digital and mobile as the driving force of change in the print landscape, Papps identified another, the economy.

“It’s been a challenging time for all media for over the last few years. A lot of it has come from technology but a lot of it has also come from the Australian economy as well…that’s affected business confidence. I like to think that confidence is starting to come back.

“There is a real sense in Geelong right now that the economy is on the up. We have large housing developments going gangbusters down the coast.

“One of the advantages we’ve got is that there is no rival when it comes to news media in this city. That gives us an enormous responsibility. And it also creates a really important dynamic for us – [you have to] reach people through our publications either in print or digital.”

While there may be no rival in Geelong, the port city is located only 75 kilometres south-west of the Victorian state capital Melbourne – the home to big mastheads including The Age and Herald Sun. So what about the battle for readership from them?

“We are unashamedly local. Our advantage is that we have local reporters, local photographers and local reps. We all live in this city and we are raising our families in this city. That means that we have a greater connection to this city than any other media organisation possibly could.

“You wouldn’t want a Geelong Advertiser full of national stories…[or] Melbourne stories. That is the massive point of difference between us and any other media being produced out of Melbourne. There might be one or two stories from Geelong that they cover. But we’ve got hundreds of stories over the week that are local.

“No one wants to buy a homogenised newspaper that just has the best stories from around the world.

As part of the celebrations, the Geelong Advertiser published its top 10 stories of all time. To do this, Papps got former editors and GMs together in one room.

“If you can imagine when you get hold of editors in a room it can be quite robust discussion. Everyone had their favourites. What was very clear to me…is how much passion there is and how we’ve all loved telling the stories of this community.”

(1851) The discovery of gold near Ballarat

(1859) The birth of Aussie Rules and forming Geelong Football Club

(1925) The announcement of the Ford factory for Geelong

(1990) The collapse of the Pyramid Group of Building Societies

News Corp Australia celebrated the milestone of one of its biggest regional publications with a party at the Federal Mills in North Geelong. The crowd of 200 at the party included key figures from the group including former CEO Julian Clarke, the managing director of News Corp’s metro and regional publishing Damian Eales and Herald and Weekly Times chair Penny Fowler. Celebrities attending the event included Geelong Cats premiership winning captain Cameron Ling and former Australian professional racing cyclist Cadel Evans. The event also attracted state and federal MPs including Richard Marles, John Eren, Sarah Henderson and more. The CEO of the Geelong Football Club Brian Cook and the mayor of Geelong Darryn Lyons were also present to commemorate the milestone. 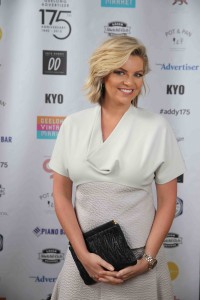 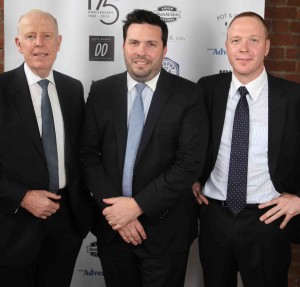 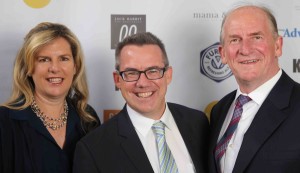 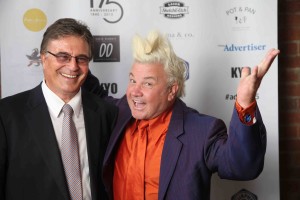 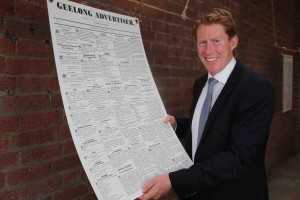 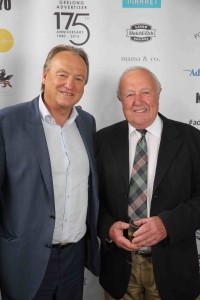