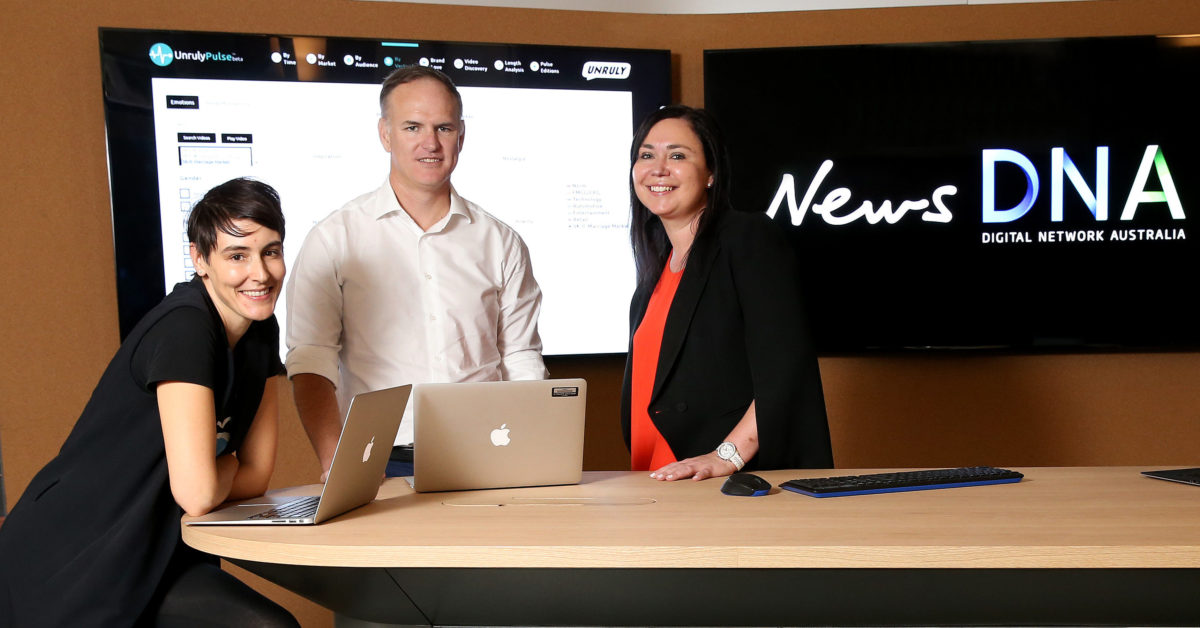 Unruly began in 2006 with the drive to be a part of the internet revolution that was taking place in web 2.0.

Sarah Wood, along with Scott Button and Matt Cooke, founded the company, which was acquired by Rupert Murdoch’s News Corp in September 2015.

“This was the democratisation of the internet,” Wood explained to Mediaweek during her visit to Australia for the launch of News Corp’s Future Media Lab (see breakout). “Suddenly it wasn’t just about the brands and big broadcasters being able to talk at people. Ordinary people who had a little bit of software on their desktop or laptops could start creating, sharing and talking about content.

“With the advent of social, which was really taking off in 2006, 2007 and 2008, everybody could be talking to each other and sharing content and ideas. We really wanted to be a part of that.”

With the sudden boom in content, Wood and her business partners entered the market with a comedy social recommendation website called eatmyhamster.com. It brought together funny jokes, videos and pictures. But that wasn’t the business model that Wood, Button and Cooke aspired to.

“It did show that there was a huge appetite back in 2006 for video content in particular,” Wood said. “We went on to build the viral video chart, which scanned the blogosphere to identify and rank the most shared and embedded video links. That was an instant success, particularly with the brands and agencies who saw the advantage and wanted to know how they could bag themselves a viral video and what they needed to do to create adverts that would be shared around the globe.”

That’s the premise of Unruly.

Once a lecturer in American literature at the University of Sussex in the UK, Wood has now become the boss that can help brands make their advertisements viral.

“When we could see that there was an appetite for brands to create and distribute ads using video, that’s the point where we built our distribution platform. We could see that there was a real need to distribute at speed video content. We have been building that out since Unruly launched in 2006. Now we have almost a decade’s data on how consumers are interacting with video, what drives video engagement and why. That’s how we’ve grown the company and evolved the product.”

Unruly is all about the moving picture. This has been the case since the very early stages of broadband, when customers were very careful not to go over their data limit.

“Our whole platform is built natively for video, from the ground up,” Wood said. “That’s one of the things that sets it apart, it’s not a generalist ad platform, it is a social video platform. When I say social video, I mean social, not anti-social. So we don’t run pre-rolls. We run formats that are non-interruptive and non-invasive, which respects the user’s time and attention.”

Unruly identified native video advertising as a successful format to capture and hold the audience’s attention well before the concept became a buzz word. Wood said that in the noughties, publishers and broadcasters weren’t paying much heed to concept. In the last decade media organisations around the world have been experimenting with different ways of delivering advertisements to their readers/ viewers/ listeners. This process comes with its own challenges.

“One the driving forces of ad-blocking is the volume of bad ads. Too many users think that there are too many ads following them around the internet. This is a real challenge for the ecosystem,” Wood said. “We need to find a balance between the needs of users, brands and publishers.”

2016 marks one year since Unruly entered a partnership with News Corp – a deal that has resulted in an accelerated growth for the tech company.

“In that year, we have hired over 100 Unrulies, so there are 300 of us now. We have also opened new offices in Tokyo, Mumbai, Delhi and Melbourne. We have also seen eight product launches.

“So the pace and innovation is faster than ever before, because News has been prepared to invest in us and invest in our technology.”