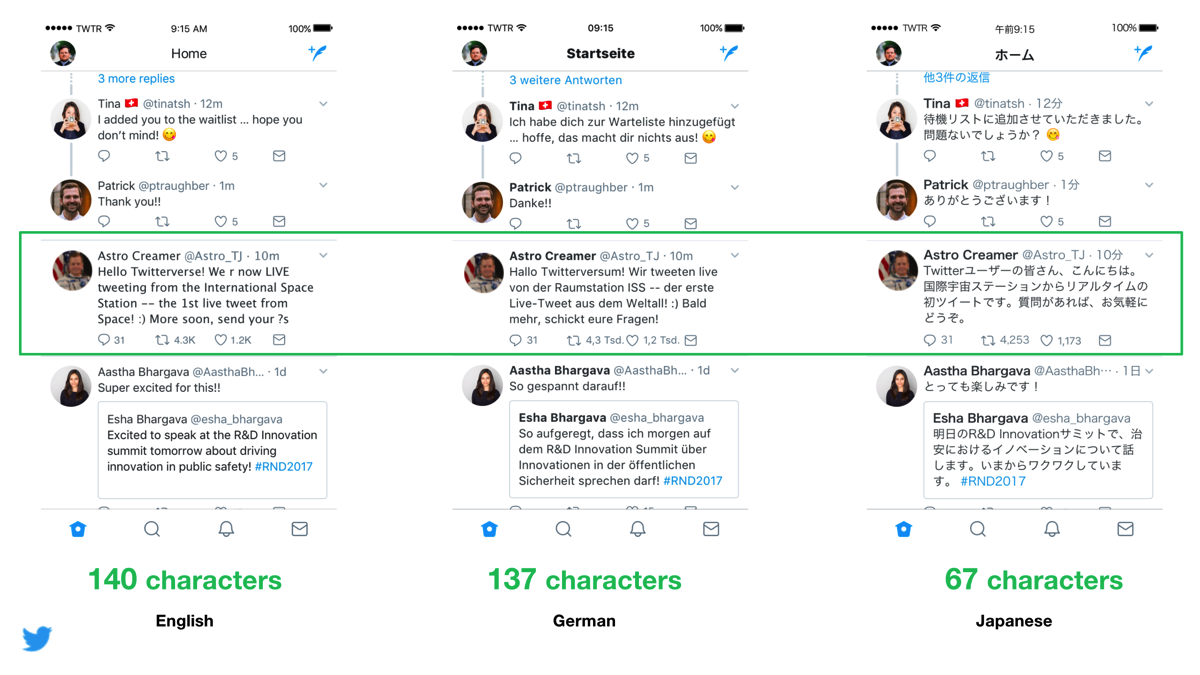 Twitter has revealed it is allowing a small group of people to trial sending tweets with a limit of 280 characters – twice the current limit of 140 characters.

Our research shows us that the character limit is a major cause of frustration for people tweeting in English, but it is not for those tweeting in Japanese. Also, in all markets, when people don’t have to cram their thoughts into 140 characters and actually have some to spare, we see more people tweeting – which is awesome!

Although we feel confident about our data and the positive impact this change will have, we want to try it out with a small group of people before we make a decision to launch to everyone. What matters most is that this works for our community – we will be collecting data and gathering feedback along the way. We’re hoping fewer tweets run into the character limit, which should make it easier for everyone to tweet.