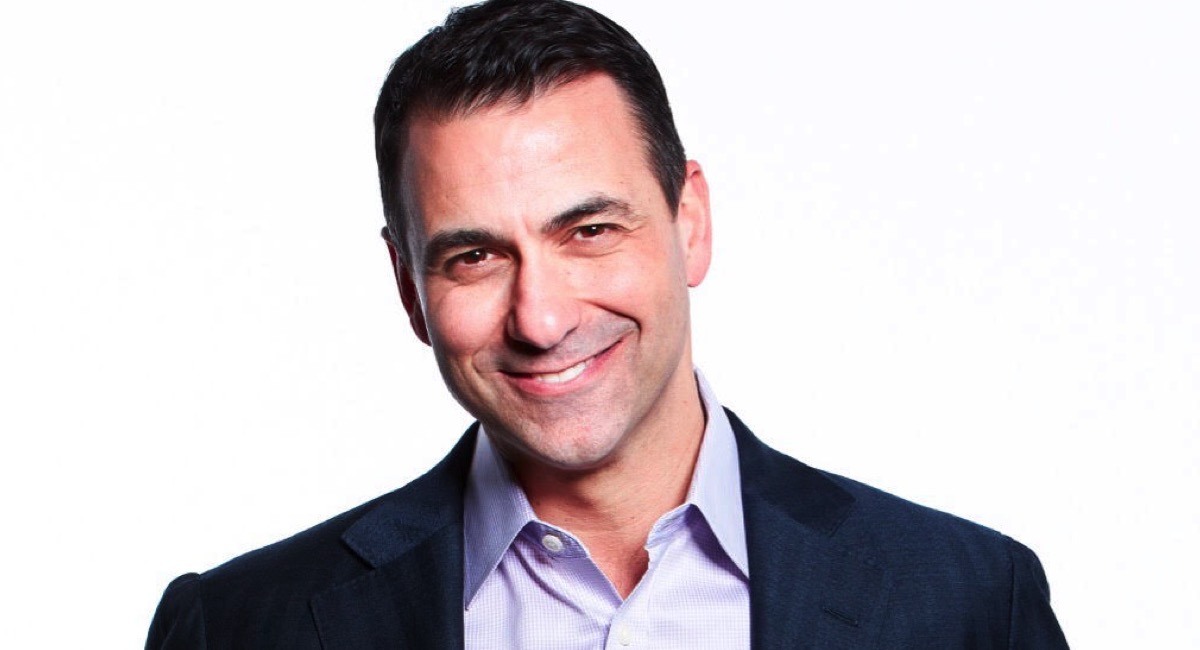 Over 30 collaborations were announced, bringing hundreds of hours of new exclusive video and live original programming, live games and events to the platform. The announcement includes extensions of existing global live deals and brings new always-on premium video content on Twitter to advertisers in Asia Pacific.

Twitter is also rolling out an in-stream video advertising offering to the region starting with Australia.

“Live is at the core of Twitter. In Q2, we streamed over 1,200 hours of live premium content globally from leading brands across sports, eSports, news, and entertainment,” said Derella. “Asia Pacific is the growth engine of Twitter and we could not be prouder to extend our success with both livestreaming and in-stream premium video content in the region.”

“Digital video consumption is growing rapidly in Asia Pacific and estimated to grow to over a billion by 2020,” said Hari. “Introducing over 30 live and in-stream video sponsorship deals today to APAC advertisers will strengthen the success of our only-on-Twitter experience in the region and globally, combining high quality streaming video with conversation on what’s happening in the world right now.”

Attendees were given an overview of the different ways marketers can “be what’s happening” by advertising against premium video content to influential, connected audiences.

1. Ashes/ Cricket Australia: Cricket’s oldest international rivalry will see a new avatar on Twitter with clips from the Australia vs England series aka The Ashes brought to fans in Australia and India via @CricketAus . In addition to The Ashes, cricket fans will also have access to the best highlights and videos from the Big Bash League, Women’s Ashes and the Women’s Big Bash League.

2. Australian Open / Channel 7 Sports: Tennis fans in Australia will get a closer look at the first tennis grand slam of the year via @7tennis on Twitter as they bring highlights and videos from the Australian Open throughout the two weeks of the event.

3. Breakfast with Champions/Gaurav Kapur: Clips from Breakfast with Champions, a video series featuring Indian and international athletes by @gauravkapur , will be available for fans to watch on Twitter starting October 2017. They will also be able to take in his #ALittleMoreGK match previews of India’s cricket matches through the home season.

4. Cricbuzz: Cricket analysis videos featuring ace commentator Harsha Bhogle by @cricbuzz will be featured on Twitter throughout India’s 2017 home season facing Australia, New Zealand and Sri Lanka. The content collaboration will continue through to the away series against South Africa.

5. Fox Sports Asia: Fox Sports Asia (@FOXSportsAsia) is one of the region’s largest sports broadcasters and have been leaders in the production of snackable video content for fans on Twitter. From the US Open tennis to Asian football, motorsport to golf, Fox Sports Asia will be bringing fans their most premium real-time highlights videos on Twitter in 2017 and 2018!

7. Premier Futsal India: All 26 matches of the second season of Premier Futsal will be available for fans from Asia and around the world to watch live on Twitter via @PremierFutsalHQ . In addition to this, they will also be able to keep up with the action through 104 video clips on Twitter.

10. BuzzFeed Japan: BuzzFeed Japan (@BuzzFeedJapan) is cooking up a storm in one of the tastiest nations on earth. @TastyJapan will be serving up new and original cooking video series exclusively on Twitter, offering the best recipes, tips and secret ingredients in snackable video Tweets. The in-stream video collaboration is an extension of our partnership with Buzzfeed globally.

11. Channel 7: Channel 7 ( @Channel7 ) is an Australian news leader, and a pioneer in harnessing the power of LIVE on Twitter for breaking news. New content offerings include daily news, sport, finance and entertainment updates across Seven News Channels, Sunrise and The Morning Show, Twitter and Seven are inseparable when it comes to delivering news and making Seven ‘the best way to stay informed’.

12. NDTV: India’s leading news network, NDTV, has been a pioneer in the broadcast and digital news space in India for close to 3 decades. Twitter and NDTV a re building on their close partnership with exclusive coverage by @NDTV and @Gadgets360 – including reports from California, product reviews and expert analysis.

15. Anupama Chopra & Film Companion: One of India’s leading film critics and journalists, Anupama Chopra partners with Twitter to bring an original content series to the platform. Stay tuned for bite-sized reviews of some of the most iconic stories from Bollywood, and catch the actors and characters that made the industry what it is.

16. ARIA Awards: The ARIA Awards (@ARIA_Official) are one of the premiere entertainment events in Asia Pacific, honouring Australia’s top artists and biggest global stars. In 2016, we saw #ARIAs trend globally on Twitter, as users had their say by voting for an award exclusively on the platform. This year, ARIA and Twitter raise the bar with the partnership again, broadcasting the ARIA Awards Red Carpet coverage exclusively live on Twitter around the world. No matter where you are, Twitter will bring you a front row seat to the ARIAs action.

17. Filmfare Awards: India’s most established and most popular Bollywood Awards will continue to strengthen the partnership with Twitter in 2018 with nomination announcements, Red Carpet clips, behind the scenes action and exclusive interaction with winners. This year, as a first for any Indian awards, Bollywood fans across the globe will get to watch a premium Live Stream from a special show around Filmfare Awards ( @Filmfare ).

18. Haylo Media Group: Haylo Media Group brings some of the most exciting content in Asia Pacific to the table, to be livestreamed and customised on Twitter. Through 2017 and 2018, Twitter and Haylo Media Group will work together to bring premiere music and entertainment events to Twitter users throughout the world.

21. 2017 Mnet Asian Music Awards/CJ E&M: Mnet Asian Music Awards (@MnetMAMA) is the most iconic K-POP awards show. This year, Twitter is partnering with CJ E&M to broadcast the red carpet and the main performance show live on Twitter, giving K-POP fans all over the world the chance to enjoy the 2017 MAMA. This year, MAMA will take place on Nov 29th in Japan, and December 1st in Hong Kong, and both events will be available via live streaming on Twitter in select markets.

26. Yash Raj Films: Always-on Bollywood content from the large catalogue of Yash Raj Films (@yashrajfilms) for older movies. Exciting trailer content along with special Q&As with lead actors, celeb interactions and behind the scenes content for new upcoming movies in 2017 and 2018.

27. Channel 7: One of Australia’s top television networks is bringing top quality entertainment content to Twitter from their highest rating shows. Talent interviews, bonus clips, and more will be available from hit series such as My Kitchen Rules and House Rules, two of Australia’s biggest television shows.

29. BeIN Sports Australia: Clips from the UEFA Champions League 2017-18 will be brought to Twitter by @BeINSPORTS_AUS for football fans in Australia. They will be able to stay in touch with the action in real-time as the world’s best players battle for the most prestigious cup event in club football.

30. MTG: Twitter and MTG announced earlier in the year that 1500 hours of esports tournaments and original programming will be live streamed on Twitter on esl.twitter.com , iem.twitter.com and dreamhack.twitter.com . There’s plenty of excitement ahead for fans in Asia as the series heads to Korea for the Extreme Masters event in November.

31. National Basketball Association (NBA): Basketball fans in the Asia Pacific region will have a lot to look forward to with clips featuring highlights, behind-the-scenes content and more throughout the season as well as Periscope live streams of press conferences and interviews. They will be able to view this content on @NBA_AU , @NBA_Philippines , @NBAIndia and of course the @NBA account on Twitter.

32. National Football League (NFL): This NFL season will have plenty for fans across Asia to stay in touch with on Twitter. In addition to video clips featuring highlights, breaking news, and more, fans will also be watch the the brand new #NFLBlitz show that is currently live streamed on Twitter during the season.

33. Women’s National Basketball Association (WNBA): As announced earlier in 2017, basketball fans in Asia will be able to watch 20 WNBA regular season games in 2018 and 2019 live on Twitter at wnba.twitter.com and @WNBA . They will also be able to catch up with highlight clips every week.

34. Bloomberg: Bloomberg (@Bloomberg) will debut the first-ever 24/7 breaking news network that will be global, live, social and exclusively on Twitter. The new live streaming news network, to launch later this year, will combine the vast global editorial and news gathering capabilities of Bloomberg with the digital power, conversation and speed of Twitter.

35. BuzzFeed: BuzzFeed News and Twitter will launch a new weekday live morning show, “AM to DM,” on September 25 US time. BuzzFeed will produce and direct the show, which reimagines the traditional morning television show for the way people consume news today: on Twitter.

36. American Music Awards/Dick Clark Productions: Twitter has been working with Dick Clark Productions to bring premium content around music and entertainment from the US out to the world. From the American Music Awards to New Year’s Eve, Twitter is proud to offer Asia Pacific advertisers the opportunity to leverage DCP’s live streaming events on Twitter.