If you hurry you could probably still pick up a copy

If you hurry you could probably still pick up a copy of the first souvenir edition of TV Week magazine celebrating its 60th birthday.

New editor Thomas Woodgate said the debate at the Bauer weekly magazine about who to feature on the covers of the birthday edition “raged for days”. The compromise for the first birthday celebration was a collage of around 100 stars on the front of the 100+ page edition released this week. 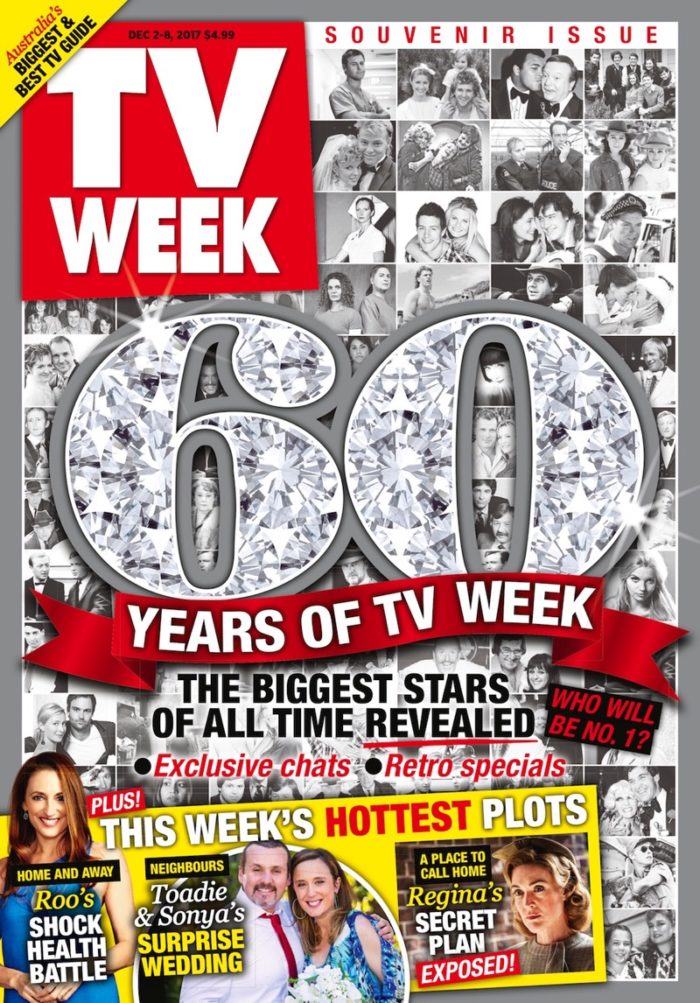 A key feature of the edition is a countdown of TV Week’s 60 biggest stars from the past 60 years. No surprise perhaps that Bert Newton was chosen as #1. His longtime colleague Graham Kennedy ranked #3 with Georgie Parker ranked between them at #2.

The remainder of the top 10 was Lisa McCune, Kate Ritchie, Paul Hogan, Rove, Rebecca Gibney, Ray Martin and Stephen Peacocke. It is hard to argue with too many of the rankings, although Rob Sitch might have expected to be higher than #50, same for Hamish and Andy who just made it at #56.