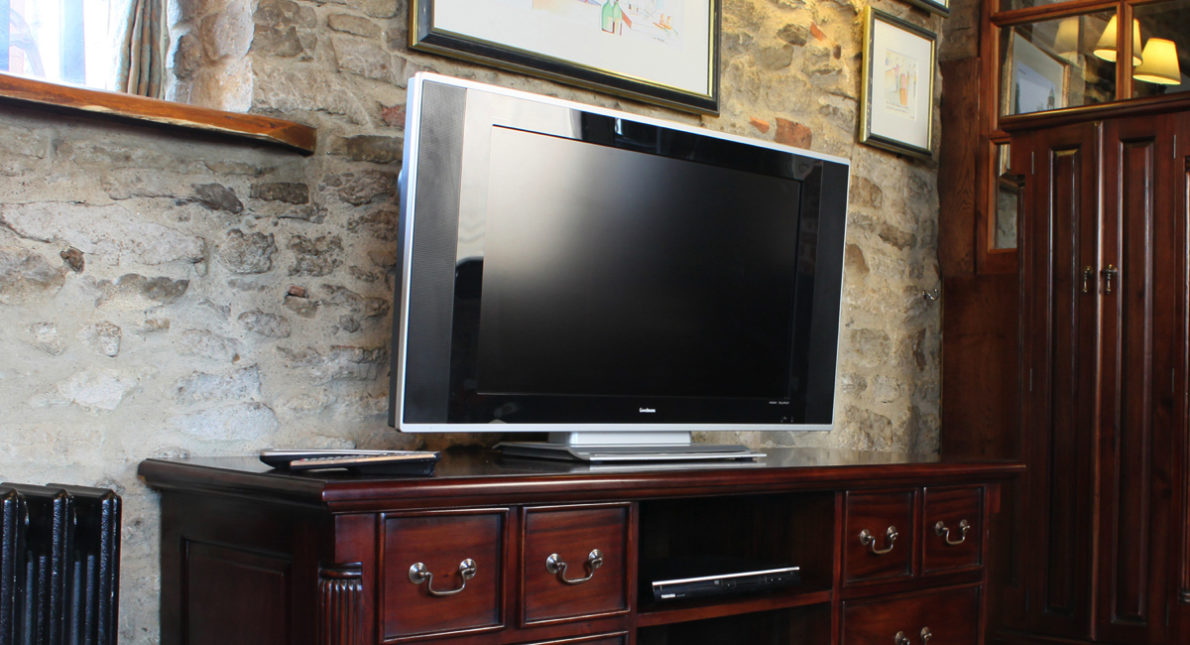 The report found every $1 invested in TV advertising generated a return of $1.74

The first wave of the “Payback Australia” study by Ebiquity found that every $1 invested in TV advertising generated a return of $1.74.

TV was the only media in the study that generated a positive short-term revenue ROI for the nine participating FMCG brands, which included Unilever, Pfizer, Lindt, Kimberly-Clark, Goodman Fielder, Sanitarium, and McCain. “Based on extensive econometric modelling, advertising on TV compared to other media types has proven to be the clear leader for return on investment for the very large and important FMCG category,” said Richard Basil-Jones, chief executive of Ebiquity Australia & New Zealand. “The fight for every additional percentage point in product sales is a tough one for advertisers in the FMCG category. This rigorous Australian Payback study has proven that when it comes to advertising, TV is the leader for ROI.”

The first tranche of the Payback research will be presented officially at the ReThinkTV Marketing Forum on November 30 to be held at Doltone House, Sydney. The second and third tranches of “Payback Australia”, covering the finance and automotive sectors, will be released in Q1 2017. 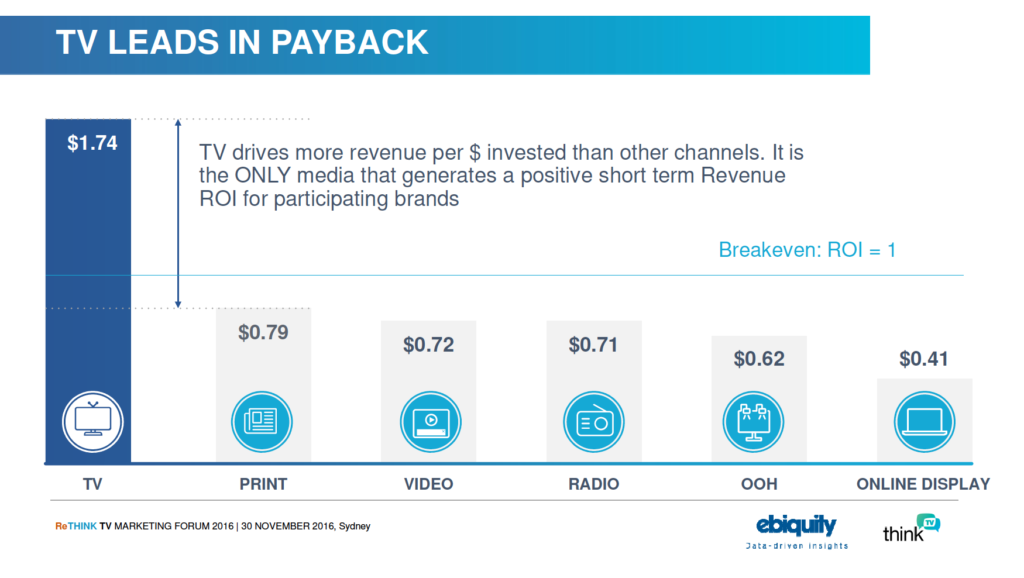