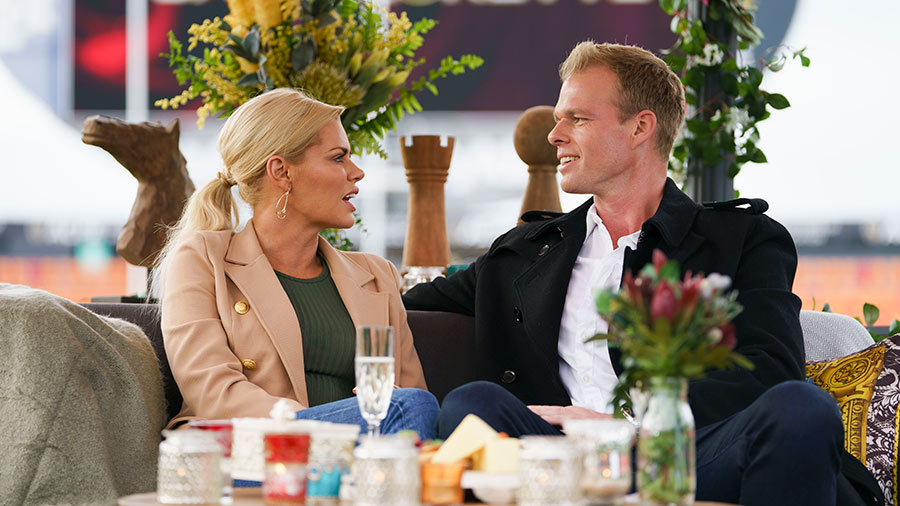 Home and Away has ended the week on 678,000, up a little on the Wednesday average.

Dogs Make You Laugh Out Loud then did just over 400,000 across the metro network. The show didn’t air in some markets until after 9.30pm.

World’s Deadliest Weather had a network audience of 230,000 although it didn’t air until after 10.30pm in southern markets.

The Front Bar had another strong week with 333,000 across three markets with its penultimate episode of the year. The three-market number a week ago was 265,000. The Melbourne audience last night was 231,000, well up on last week’s 191,000 and putting the show again in front of Nine’s AFL Footy Show.

A Current Affair was under 700,000 with Deborah Knight hosting.

An hour of RBT did 562,000, finding the going tough as Sophie Monk was drawing the crowds to TEN.

The AFL Footy Show did 295,000 with 194,000 in Melbourne. Although the week-on-week comparison was up, the show still trailed Seven’s The Front Bar.

The channel has enjoyed two successive strong all people and demo performances with the second episode of The Bachelorette growing to just under 1m viewers. The audience of 980,000 was the biggest ever episode two crowd for either format of the franchise in Australia and the show was #1 for the night all people and 25-54.

The fascination with Sophie Monk has been good for the schedule too with the channel able to boast the top three Thursday shows of the night 25-54 – The Project 7pm and The Wrong Girl.

The Project 7pm was on 589,000 all people with Tommy Little and Fitzy on the desk with a segment interviewing the stars of the new Kingsman movie.

Later in the night The Wrong Girl was on 479,000 with The Bachelorette helping lift the audience by 13% from the week prior for the episode, which was the best number for the drama since October last year.

Train travel was again the audience magnet with Great British Railways on 309,000 with a trip from Windsor to Didcot.

The final of the second season of Versailles then did 94,000. The program will be back with a third season in 2018.