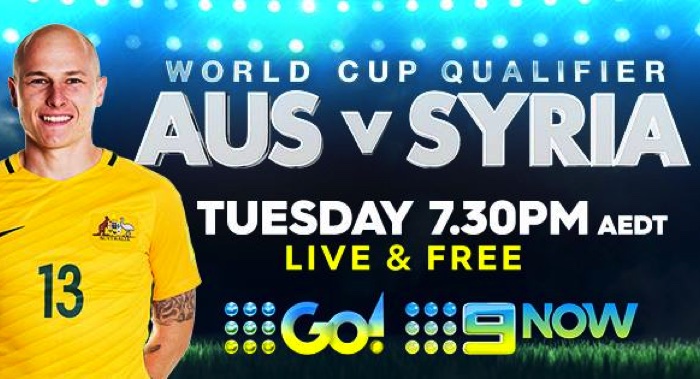 First Dates Australia was up against both The Block, the Socceroos World Cup qualifier and the Australian Survivor final. After 526,000 last week, the episode did 482,000 last night.

Trevor Long was amongst the guests on A Current Affair last night contributing to a Lauren Golman report about organising a budget smart home. The Harvey Weinstein scandal was also covered. After a big 951,000 on Monday, the Tuesday episode did 822,000.

The Block saw one of the building sites shut down (clue: It was property three) and Wombat was all about sustainability. After 1.38m on Monday this week and 1.38m on Tuesday last week, last night The Block did 1.192m.

Nine’s combined share for Tuesday was boosted by GO! with a share of 10.1% thanks to the long Socceroos match against Syria in a World Cup qualifier. The match went for over two hours with extra time when Tim Cahill scored the second of two goals to secure a Socceroos win. The Go! audience watching the match was 525,000.

The channel should have been anticipating a big night with the final of Australian Survivor and then a cast reunion following immediately.

The Project 7pm helped get viewers in the mood with Survivor host Jonathan LaPaglia and latest eliminated contestant Michelle both live. After 540,000 on Monday, Tuesday recorded an audience of 543,000.

Episode 26 of Australian Survivor was the final for the year with Jericho being named Sole Survivor. All was going to plan until Jonathan revealed to contestants at the end of the final Tribal Council he wouldn’t reveal the winner until a reunion episode back in Sydney. Earlier in the episode Pete was the first eliminated, leaving Jericho and Tara to battle it out. The final episode audience was 720,000 with 787,000 watching the announcement of the winner.

The reunion episode later in the night had an audience of 508,000.

An episode of Catalyst followed about exercise with 400,000 watching.

Wine O’Clock was the name of the Insight episode with 268,000 watching.