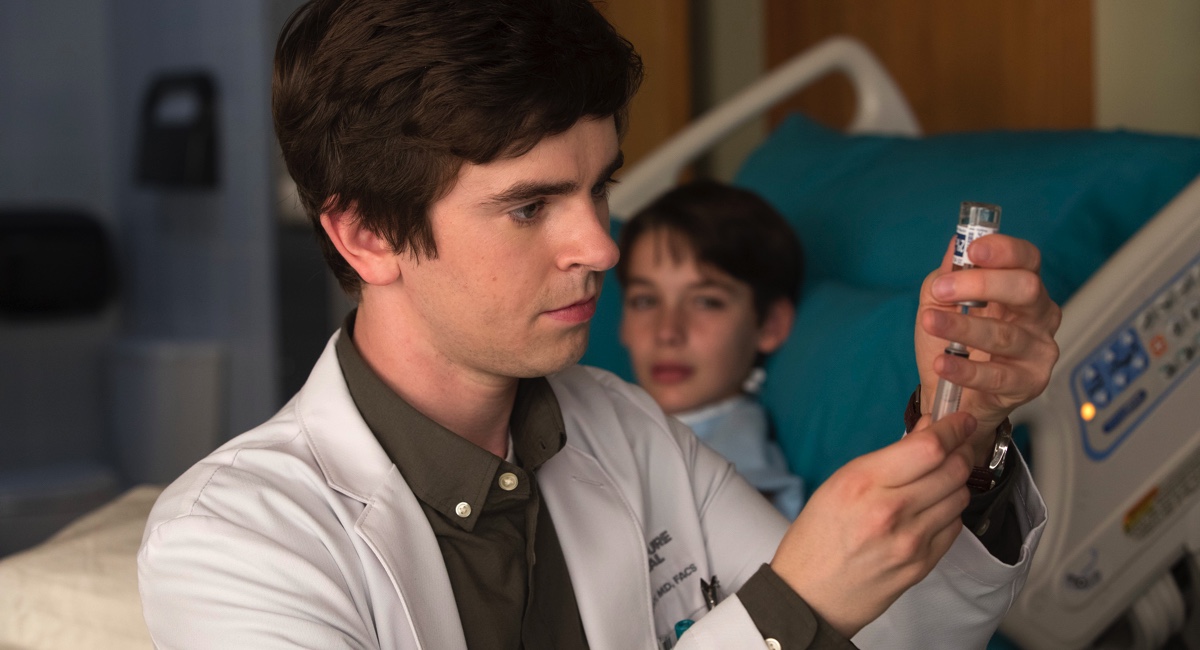 • Seven having its best ratings week since April’s last week of MKR
• The Good Doctor key to ratings revival with another big Thursday
• Free TV drama revival – will people keep paying for content?
• Best of the rest: Instant Hotel, A Current Affair, Gogglebox, 7.30 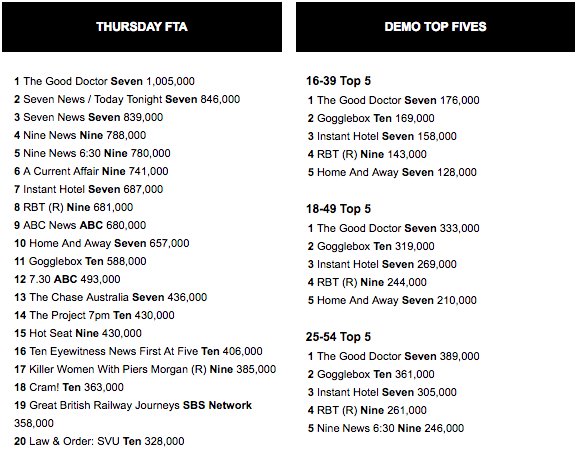 Seven had its second-best Thursday share since January and the channel is enjoying its best week, Sunday through Thursday, since the last full week of My Kitchen Rules in April. But what about combined channel share? On that front Seven is having its best week so far since week 13, which was the last week of March.

Home And Away ended the week on 657,000 with just one episode on offer.

The Good Doctor continued to defy audiences trends and delivered another 1m crowd for episode four. CBS must be thrilled with the result and the potential for its arsenal of US drama. Free TV is alive and well – could this be the end for Stan and Netflix? 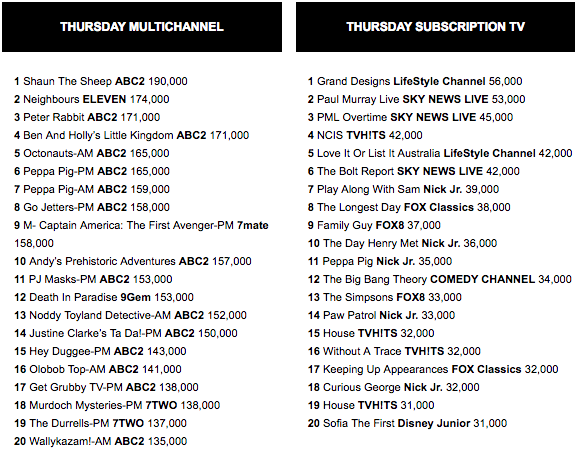 RBT was competitive and probably cost effective given it was a repeat with its audience of 681,000.

Another repeat was less successful – Killer Women With Piers Morgan on 385,000.

As executives and talent were wooing advertisers at Darling Harbour at the TEN Upfront last night, the channel recorded its best share of the week, which has been the pattern on Thursday for the past six weeks.

The Project 7pm hasn’t been able to crack half a million for a few nights with 430,000 watching the program, which included a cross to Julia Morris on the red carpet.

Gogglebox then lifted the channel audience over 200,000 as 588,000 watched the home critics in action. Cram! was never going to deliver Bachelorette-sized audiences to Gogglebox, but in the last three weeks Gogglebox audiences have gone from 954,000 to 588,000.

Law & Order: SVU then did 328,000. The late night US drama pulled a bigger audience for the network than it had at 7.30pm in Melbourne.

Thursday has been the channel’s dud for the past couple of months and the bleeding continued last night.

Great British Railway Journeys steamed into the top 20 with 358,000.