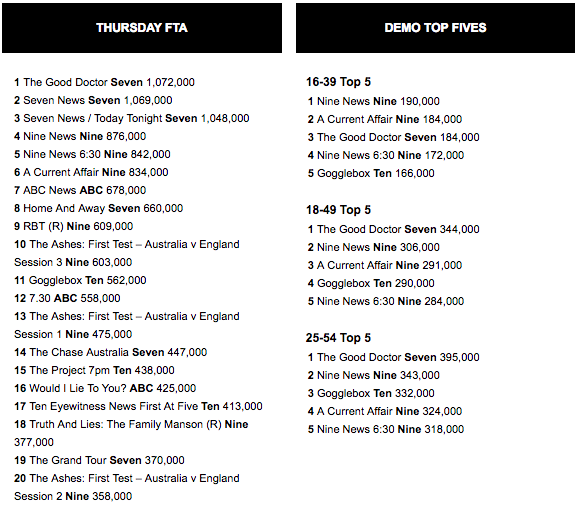 The Good Doctor continues to write a ratings-winning prescription with another 1m+ crowd. The initial ratings we have indicate A Current Affair had its best night of the week, but cricket and Nine News over-run would have had something to do with that.

The timely doco repeat Truth and Lies: The Family Manson did 377,000.

The Project was on 438,000 with guests including Russell Peters and Jacqui Lambie.

Great British Railway Journeys had the best crowd with 301,000.