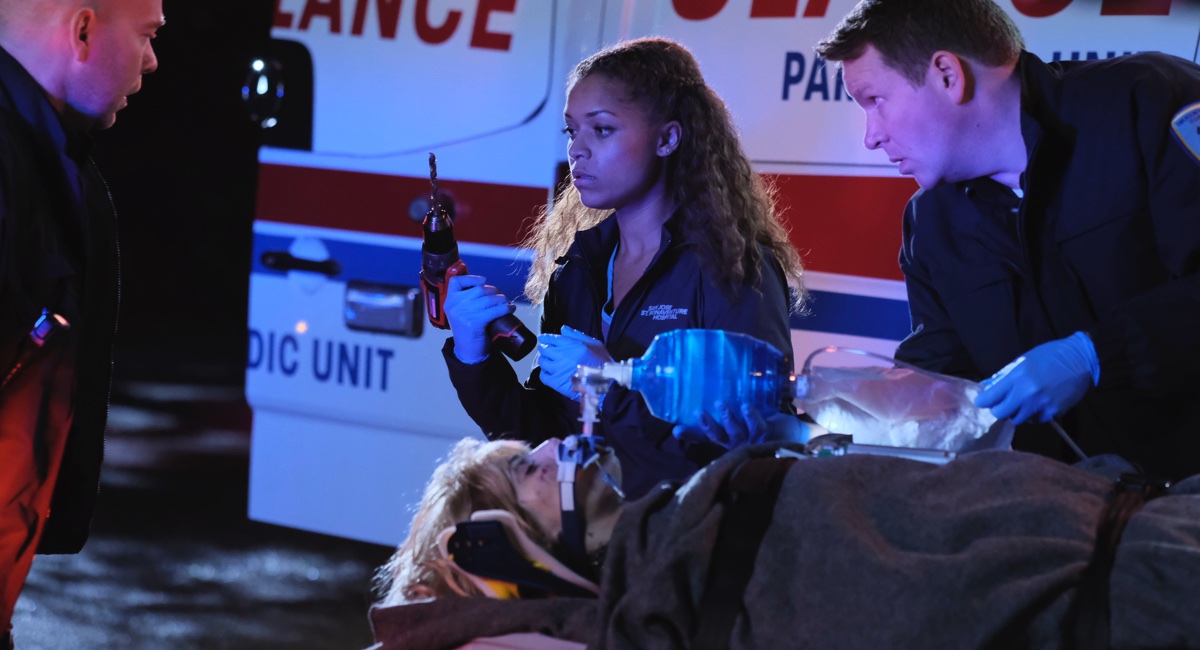 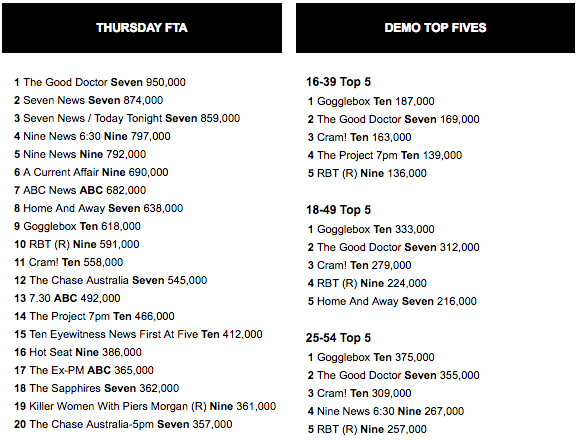 The channel had its second-best Thursday of the year. The only bigger share came off the back of an AFL Final in the first week of the final series in September.

Home and Away and Seven’s new US drama hit filled the key primetime hours after the Seven News.

Then episode two of The Good Doctor did a very impressive 950,000 after launching with 1.06m on Tuesday. The episode last night set a new high for the best-performing drama on a Thursday this year. The previous best were episodes of Seven’s Home and Away and ABC’s Newton’s Law, which both did over 700,000 earlier this year. 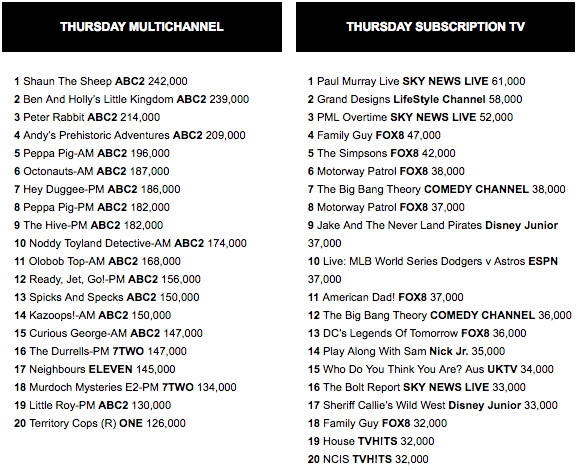 Getting close to the end of its week, the penultimate A Current Affair episode featured New Zealand PM Jacinda Ardern talking exclusively to ACA’s Steve Marshall. The program did 690,000.

Killer Women With Piers Morgan took precedence over Wolf Creek later in the night. At 8.30pm Women did 361,000 followed by the screening of Stan’s Wolf Creek episode one, which did 206,000. Nine is not offering Wolf Creek on 9Now though, keeping the streaming options for Stan customers only.

The channel had its best share of the week, but of course it was down on the previous record-breaking Thursday. The channel managed to rank #1 25-54 until 10.30pm, with the new Cram! winnings its timeslot 25-54.

Peking Duk were among the guests on The Project with 446,000 watching after 7pm.

The launch episode of the Peter Helliar game show Cram! followed. The intros were very funny but an hour is a big ask. However, the first up audience of 558,000 was competitive with Nine for second place behind Home and Away. Cram! also improved on the 7.30pm numbers Jamie Oliver delivered earlier in the week.

Goggleboxers got to see some new shows this week – cooking show Family Food Fight, quiz show The Wall and Aussie drama Sisters – but they also gave their thoughts on the final episodes of The Block and The Bachelorette. The episode did 618,000, which was well down on last week’s record 954,000.

No more dramas on Thursday with the channel previewing what its new Comedy channel could be like.

The comedy Bucket with Miriam Margolyes did 247,000.

Great British Railroad Journeys was taking viewers on the tracks between Belfast and Dublin with 308,000 watching.

Food Safari Earth has plenty of mouth-watering delights including secrets of a classic falafel after 8pm for the audience of 271,000.