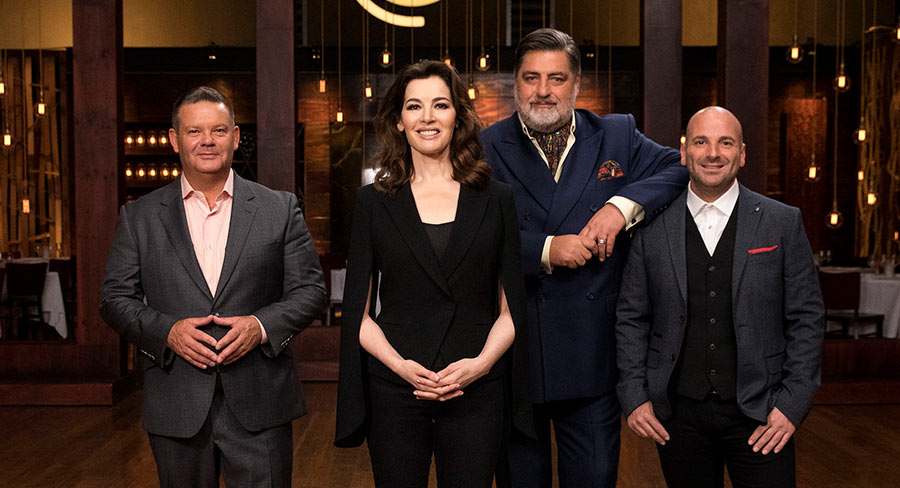 The channel has recorded a winning primary share and Seven also has the highest combined channel share for the second successive night.

House Rules promised Tuesday viewers a half-built house, a secret door, a magic mirror and an explosive confrontation. The audience was on 638,000, which was up on 599,000 a week ago, which was the lowest episode screened last week. The series is well behind on comparisons with where the show was this time in 2017.

Interview featured mystery healer Charlie Goldsmith – younger brother to Tottie and nephew to Olivia Newton-John – plus later in the show some bloke with a mullet. It was a program featuring a different kind of entertainment star. Goldsmith was a good guest even though it is very hard to accept the healing powers he claims. The audience of 467,000 was close to last week’s 472,000. After winning the first two nights of the week in primary share, Nine last night dropped to third place.

Reporter Alison Piotrowski was a pregnant passenger on Sydney trains on A Current Affair, followed by a hidden camera to see if anyone would offer her a seat. Not much luck. The show has had audiences of 884,000 and 810,000 on the first two nights of the week.

Episode two of East Well For Less featured host Leila McKinnon reminding viewers Australians pay more for food than any major city in the world. During the show she told how three flatmates could save $16,000 a year – cutting down on takeaway meals was part of the strategy. The second episode did 532,000 after launching on 613,000.

The first episode of The Truth About Obesity followed with 302,000.

Nigella Week has led the primary channel to its highest share since the Big Bash League in January. TEN had a better share than Seven in Sydney and outperformed Seven and Nine in Melbourne.

Maude Garrett was reporting from the US again on The Project, covering the press junket for Solo: A Star Wars Story including interviews with stars Alden Ehrenreich and Donald Glover and director Ron Howard. The episode was on 557,000 after 568,000 on Monday.

MasterChef featured the series’ second immunity challenge with Nigella Lawson the special guest on night three of Nigella Week. Victorian stay-at-home dad Loki Madireddi has become the first contestant in season 10 of MasterChef Australia to win a coveted immunity pin and is now a bonafide cooking star who has just changed his life. Loki managed the highest score to win immunity after going head-to-head with the 2017 Young Chef of the Year, Alanna Sapwell, from Saint Peter in Sydney. Alanna was awarded 34 out of 40 for her dish with Loki finishing with a higher score thanks to a perfect 10 from Gary. Loki literally jumped for joy after the win, kissed Gary on the cheek and looked on stunned as Nigella stuck the pin on his apron. The audience of 877,000 was up on the previous Tuesday.

Shark Tank followed after revelations last week that the sharks don’t end up investing in all of the projects they bid for. Last night the dollars were being distributed freely with all eight entrepreneurs scoring a deal. The competition between the investors was fierce and Steve Baxter stormed off the set after missing out on three successive deals. The audience of 622,000 was well up on the launch audience of 506,000.

Stargazing Live got under way with hosts Brian Cox and Julia Zemiro at 8pm with 463,000 watching. Todd McKenney was the entertaining subject on Who Do You Think You Are? with 376,000 watching after 362,000 tuned in last week.

A repeat episode of last year’s Insight on solo parents followed on 221,000.