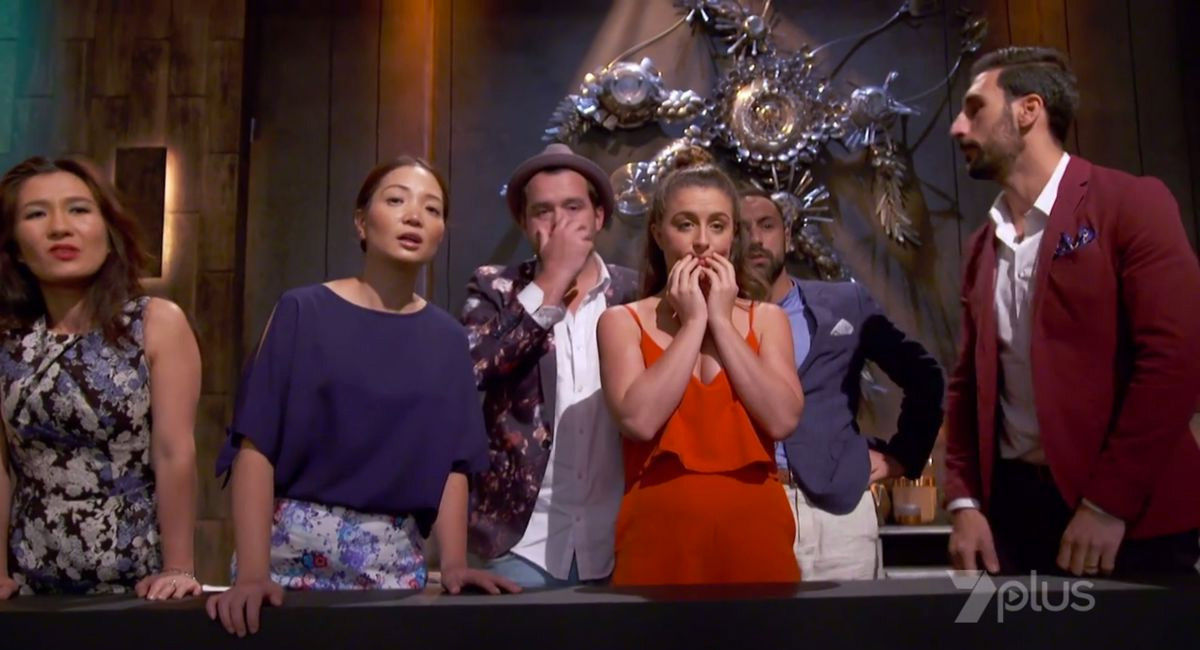 • Not so much scandal, but double elimination a winner for MKR
• Final of Blind Auditions on The Voice edges over one million

On My Kitchen Rules the Russians dodged a cheating scandal but it wasn’t enough to avoid elimination and the girls were sent packing along with truffle farmers Henry & Anna. Meanwhile, besties Stella & Jazzey secured the last semifinal spot for 2018, impressing the judges with a near-perfect entrée and main. The Tuesday episode did 1.22m ahead of the first semifinal tonight.

Mediaweek was among some viewers who wondered what happened to the much-hyped “cheating scandal” on My Kitchen Rules.

It was meant to be the cheating scandal that would send “shockwaves” through My Kitchen Rules headquarters, wrote Fairfax Media’s Broede Carmody. But what went to air on Tuesday night barely even registered on the Richter scale.

Interview was perhaps at its best yet with Richard Roxburgh the first guest on episode three. He told some great stories and dropped some colourful phrases like “sailing away on the good ship Yalumba”. Actor-turned-Instagram sensation Celeste Barber was also on the show. Sensation is a word thrown around pretty liberally in TV publicity but with 3.8m Instagram followers, Barber must qualify. The episode had an audience of 449,000 after the first two weeks attracted 598,000 and then 523,000.

Tracy Grimshaw was on location for a special edition of A Current Affair on Dolly Everett, once a cute kid in an Akubra hat, who should have been turning 15 this week. The episode did 811,000 after 893,000 on Monday night.

The Project was devoted to a comedy special fundraiser for Beanies 4 Brain Cancer with viewers handing over $2m across the hour. There were plenty of gags across the hour with Amanda Keller and Hughesy special guests at the desk. Highlight was the four-minute stand-up routine from Steve Price. You could see the gags coming a mile away, but they were worth waiting for and the segment peaked when it nearly turned into a Hughesy roast. Tommy Little also got his gear off, Russell Crowe sent in a video and the lovebirds from Bachelor In Paradise, Sam and Tara, were also guests. The special episode started on 365,000 and climbed to 560,000 after 7pm.

Hughesy, We Have A Problem had the A team on board last night – Becky Lucas, Lawrence Mooney, Kate Langbroek, Tommy Little and Merv Hughes. A body language expert summed up the lineup, noting the host looked like a psychopath because he didn’t blink. The episode was on 370,000.

Next was actress Judi Dench, who explored the magical and secret lives of trees in a doco filmed over the course of a year in Judi Dench: My Passion For Trees with 260,000.

Episode three of Who Do You Think You Are? featured Natalie Imbruglia with 323,000 watching after Charlie Teo pulled 433,000 last week.

Insight talked to people in open relationships with 221,000 watching.

Dateline then had an audience of 119,000 for Yemen’s Children Of War.