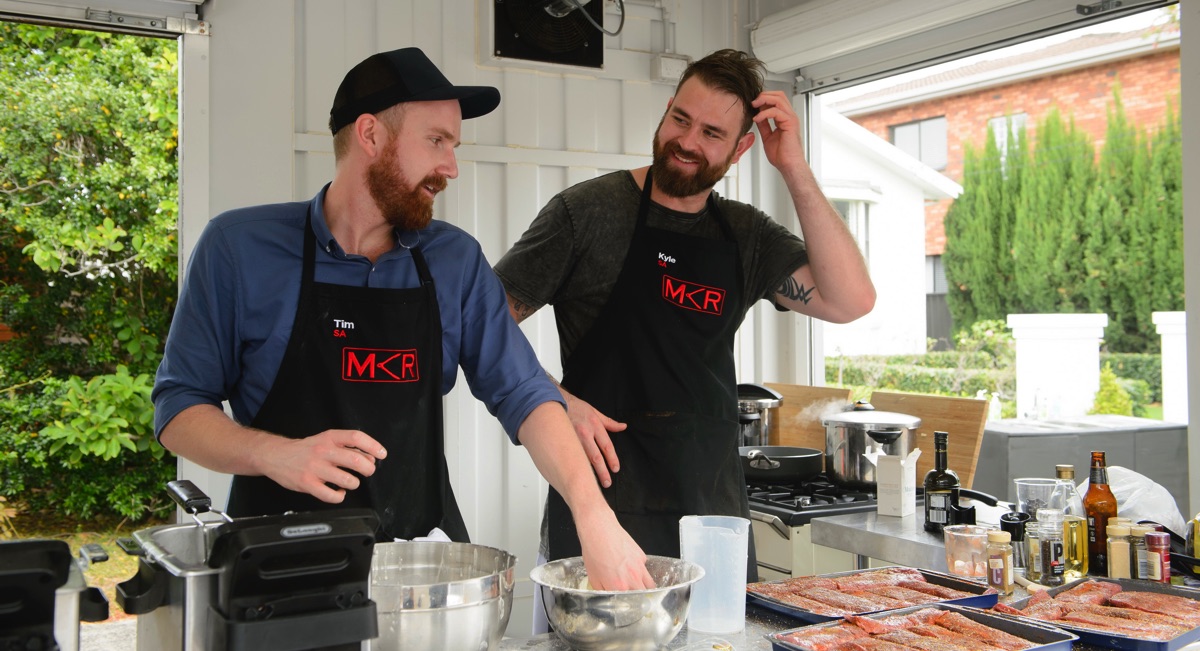 Seven took top spot last night with its best share this week and its second-highest share in a month after a 25.2% on Wednesday last week.
The midweek audience trend has seen audiences drifting back to Seven with no Married At First Sight in the Nine schedule.
Seven was also the clear leader in combined channel share.

Home and Away recorded its smallest audience this week with 720,000 last night after 723,000 on Monday.
My Kitchen Rules screened the final location challenge of the series with Tim and Kyle winning. Judges Pete and Colin last night decided Mark and Chris plus Brett and Marie were the weakest teams and they will now compete to stay in the competition. The midweek audience was on 1.13m, an improvement on the previous Wednesday of 1.07m.
Million Dollar Cold Case followed on 588,000, down from its launch audience of 644,000 a week ago.

Planet Earth II is a big hit according to the critics on Gogglebox Australia which screened on Foxtel last night and will lift TEN’s numbers tonight. Planet Earth lifted week-on-week to 684,000, which is the best audience since it launched with 738,000 in week seven.
Sydney viewers then got Murder Calls with 140,000, with 92,000 also watching in Brisbane.
Because the AFL begins tonight, Melbourne viewers got a midweek edition of The AFL Footy Show. Wednesday usually mean, lower numbers, but last night the show had 224,000 watching after audiences under 200,000 for its previous two episodes.

The channel recorded its equal highest share on any night since week two and its best Wednesday of the year.
Pulling the viewers was the FTA TV launch of The Night Manager, which started with 325,000, trailing Great Continetal Railway Journeys’ Tuesday audience by just 2,000.
Earlier in the night, part two of Digging For Britain’s Secrets did 219,000.