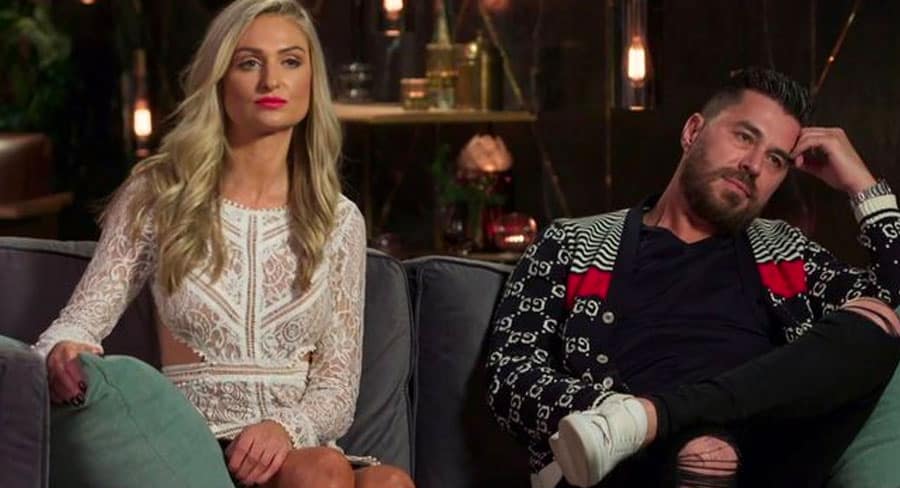 • AFL’s first Sunday footy of the year has over 400K 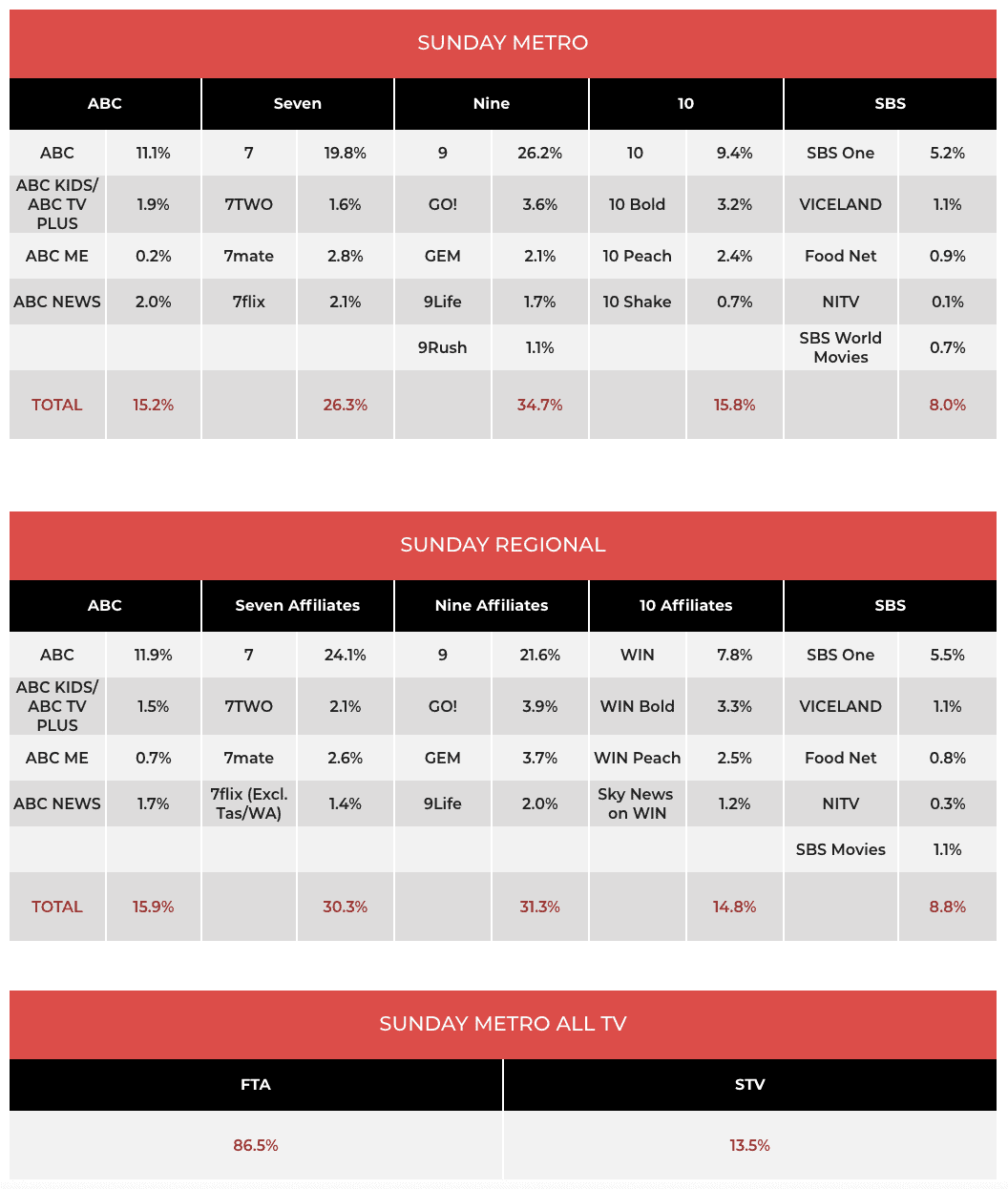 Nine has comfortably won Sunday night with a 26.2% primary share and a 34.7% network share, which were both more than five points clear of its nearest competitor.

The main driving force for this win was Married at First Sight and it’s commitment ceremony which had 1.11m viewers. This is the third-highest metro audience average of the year and the highest for MAFS in 2021.

Following MAFS was 60 minutes which had 589,000 tune in as the show covered brain banks and the murder of Toyah Cordingley.

Earlier in the day Nine’s NRL coverage of the Sydney Roosters v The Wests Tigers had 289,000 viewers, with 189,000 coming from Sydney which made it the #2 non-news show in that market behind only MAFS.

9GO! was the #1 multichannel thanks to a Star Trek double header.

Seven aired the second half of Ivan Milat: Buried Secrets last night and had 502,000 viewers, which was up on the 481,000 that part one had last Sunday.

On The Amazing Race Australia 493,000 watched the 21st leg of the race as the teams skolled an emu egg in a hot shed in Dubbo. No one was sent home last night, as the show gets close to the finish line.

The Sunday Project had 285,000 and 435,000 tune in as the show covered the NSW floods, and former Wallaby Brett Sheehan talked about the cost of concussions.

The top program on SBS last night was a repeat of Inside the Orient Express with 171,000. 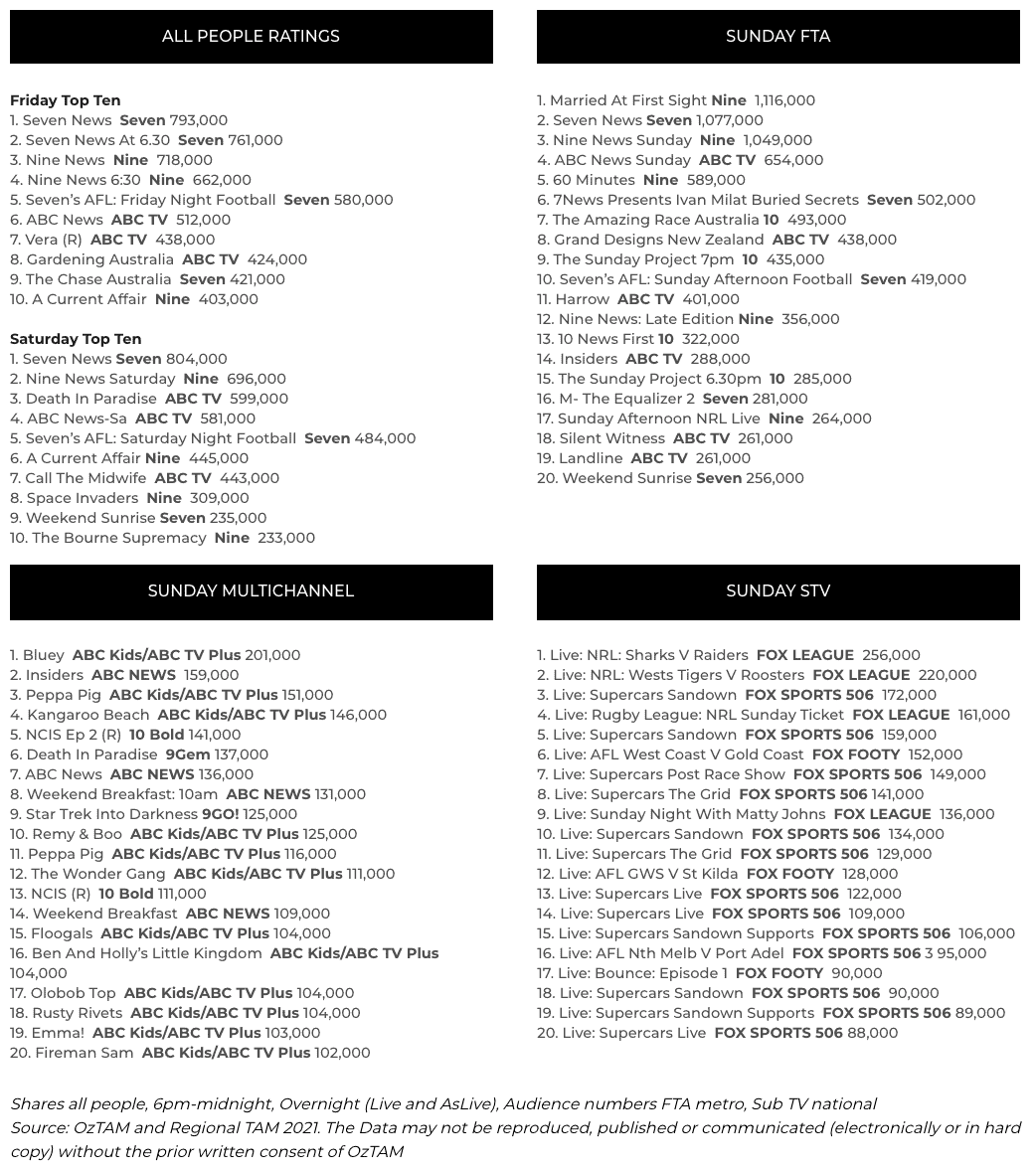