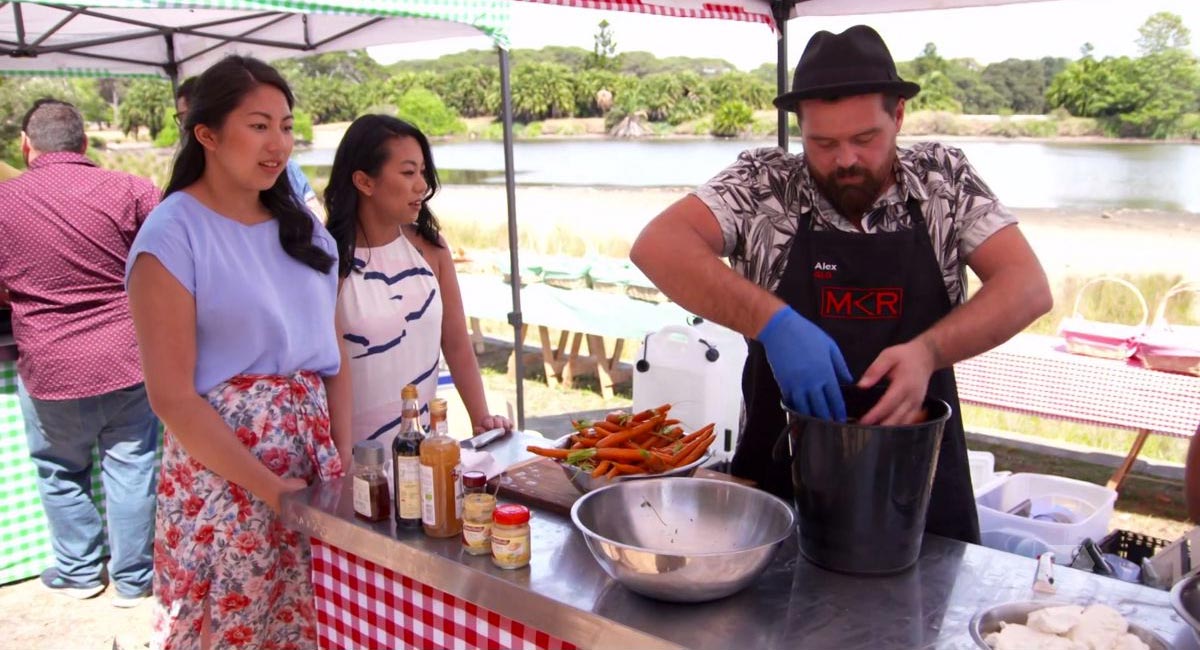 • Seven wins second night primary and combined share with MKR and Ramsay
• Nine #1 in Sydney all week, even with NRL and Footy Shows it’s #2 network Group 1 embarked on a picnic challenge on My Kitchen Rules. The Thursday episode did 945,000 after 954,000 a week ago. Group 1 was tasked with putting together picnic baskets for around 200 people to enjoy in Centennial Park. Each basket was to include dishes with appeal to families and friends of all ages. Josh and Nic were voted the best while Alex and Emily will have to return to the elimination house.

Ramsay’s Hotel Hell visited a haunted hotel in the US with 225,000 watching.

Melbourne and other southern markets got RBT on 270,000.

The Honey Badger was the star attraction on The Project with 449,000 watching the next Bachelor Nick Cummins interviewed about his new TV challenge.

A 2017 Montreal comedy special followed (how many of these are there?) hosted by Tommy Little with 317,000 watching.

Gogglebox episode six investigated Manu’s Road Trip, Selling Houses Australia and Safe Harbour. Like many of the 4m watching TV daily, they couldn’t keep away from Married At First Sight. After a cracking audience of close to 200,000 on Wednesday on Foxtel, this episode did 554,000 on TEN with a top 10 finish.

There were three back-to-back British dramas after 8pm:

The Good Karma Hospital with final episode of the repeat season on 192,000.

SBS World News was the second most-watched program with 130,000.

The launch episode of Luke Nguyen’s Food Trail followed with 119,000.