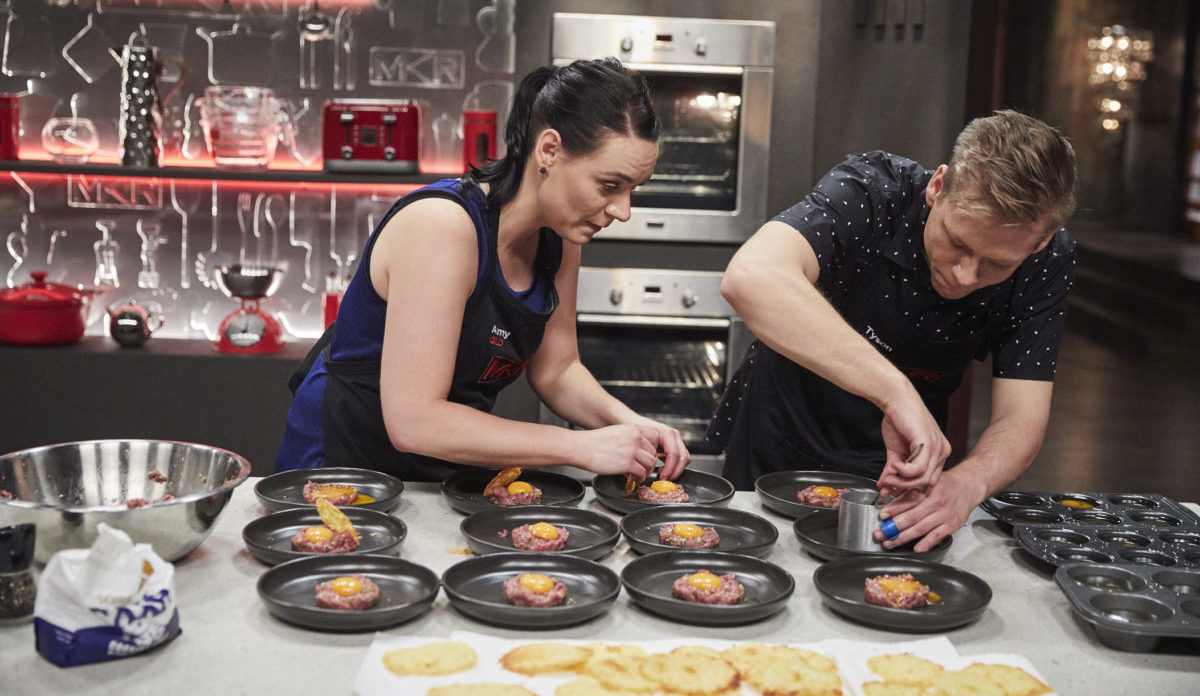 Nine has started week 11 with a win courtesy of the second consecutive Sunday audience of 1.16m watching Married At First Sight. The same size audience for two weeks in a row has also delivered Nine a second successive Sunday share of 21.3%.

The Nine series produced by Endemol Shine Australia has challenged Seven’s My Kitchen Rules like no other program ever has. Married At First Sight screened three times last week and those episodes were the three most-watched programs of the week. If the momentum continues it could do something similar again this week.

Seven’s Sunday share however was its best in three weeks. The growth lift came later in the night from Melissa Doyle and the special edition of Sunday Night remembering Princess Diana. The show ranked #1 in its slot after the reality shows wrapped.

Meanwhile My Kitchen Rules dipped below 1m viewers for the first time ever, continuing the downward trend for 2017.

The penultimate episode of I’m A Celebrity…Get Me Out Of Here! attracted 833,000 with the final three to find out who wins tonight.

Seven News Sunday was a winner in Brisbane, Adelaide and Perth.

My Kitchen Rules featured a Kitchen HQ cook-off. The atmosphere inside the kitchen that features toward the end of each season lacks much of the excitement of the home kitchens, but the appearance again of the all-time best performing cooks Amy and Tyson should have satisfied some viewers. They managed to narrowly avoid elimination however, scoring just eight more than the “humble home cooks” Damo and Caz. Judges Colin, Manu and Pete awarded Amy and Tyson just one point more than their scores for Damo and Caz.

The Sunday episode did 961,000, the lowest audience ever, and trailed Married At First Sight in Sydney, Melbourne and Brisbane.

Seven improved its share later in the night when Melissa Doyle introduced Sunday Night from outside Kensington Palace. It was the start of a special edition remembering Diana’s death, albeit in August 1997. The show featured some familiar faces for fans of Britain’s royal family. The audience swelled the Sunday Night numbers from 725,000 a week ago to 858,000 last night.

Nine News Sunday was a metro network winner and took top spot in Sydney and Melbourne.

Married At First Sight again won the Sunday night clash with the other reality shows. Married has screened four times on Sunday this year in survey and ranked #1 on three of them.

The producers finally pulled the curtain closed on the relationship between Cheryl and Andrew, although you would imagine we haven’t seen the last of ratings magnet Cheryl, we hope!

The Sunday episode did 1.16m for the second successive week and overall it is the fourth time the show has reached that mark.

Tara Brown and Peter Overton were among the reporters working on 60 Minutes this week. The show wasn’t able to compete with Sunday Night though and nearly trailed by 200,000. The 60 Minutes numbers were close to last week however, down from 670,000 to 662,000.

Family Feud Sunday started the channel’s highest-rating Sunday of the survey year with 301,000 at 6pm.

The penultimate episode of I’m A Celebrity started with some wonderful family reunions as members of each of the four finalists’ families surprised them in camp one at a time. By the end of the episode it was Nazeem Hussain who was going to be able to spend extra time with his wife after being eliminated. The Sunday numbers were 706,000 for the start of the episode and then 851,000 for the elimination. With just one night remaining, TEN reports the 2017 average figures to-date are up 8% total people on last year.

NCIS: New Orleans is now in the Sunday schedule and did 219,000 last night.