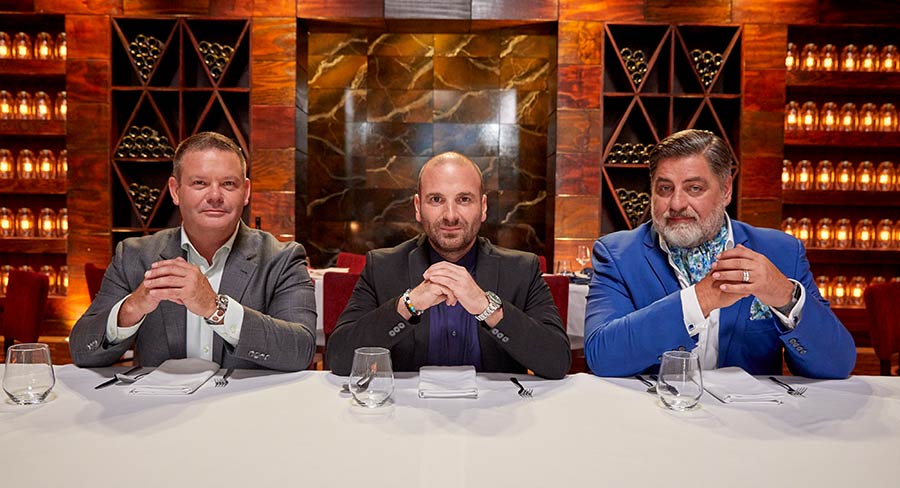 • Seven gets biggest primary and combined channel shares
• TEN leads with viewers 25-54 with chefs and sharks
• Kiss of death? Interview drops 200,000 with Gene Simmons chat
• Patti Newton in season final of Who Do You Think You Are? top 20 Home and Away had its second successive night in the 690,000s.

House Rules saw the contestants at work on Leigh and Kristie’s home, where one of the requests was for “California cool”. The Tuesday ep did 674,000 after 729,000 a week ago.

Interview, coincidentally (?), featured Gene Simmons in a satellite interview and an embalmer talking about the human body at the end of the road. The episode did 368,000 after 560,000 last week. A Current Affair was again very close to 900,000 with reports on a phone scam and swimmer Geoff Huegill’s publicist wife Sara.

The first night of Buying Blind did 608,000. The show ran third in the 7.30pm slot, although it had a bigger audience than House Rules in Sydney and Melbourne. There was plenty of host Shaynna Blaze and her design smarts – both in the show and some of the ad breaks. It’s a great concept – handing over your savings to the show’s specialists who buy a property and then renovate it.

Orange Is The New Black star, broadcaster and comedian Lea DeLaria featured on The Project for the 7pm audience of 566,000.

MasterChef Tuesday means an immunity challenge and Jessica Liemantara couldn’t quite manage to win the third pin in three weeks. The episode was on 852,000 – winning again in key demos – after 881,000 on Tuesday last week.

Shark Tank then saw plenty of offers from the sharks as the episode did 560,000. Most intriguing deal of the night was Naomi Simpson offering $100,000 for 25% of a chicken donut and nuggets business, Donugs! The season final already of Who Do You Think You Are? with Patti Newton featured for the audience of 404,000.