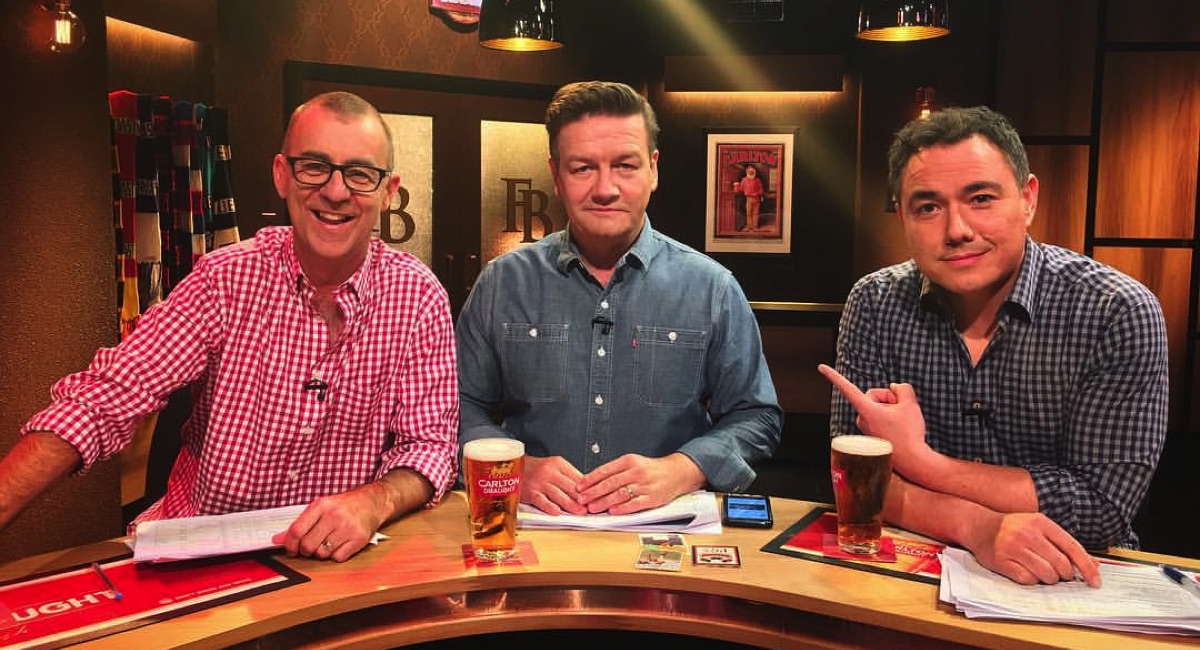 • Japan week ends on a high for MasterChef, except for Callan Smith!
• Andy, Sam, Mick kick a goal: Front Bar widens the gap over Footy Show
• Seven narrowly wins primary share, but Nine #1 Sydney & Melbourne
• Common Sense starts with 460,000 in what has become a tough slot

Drivers Make You Laugh Out Loud managed 475,000 in four markets (no Adelaide).

The Front Bar then got the 8.30pm slot in Melbourne where it built its audience week-on-week from 169,000 to 189,000. It might be the most over-reported TV stoush this year, but the cost-effective panel show knocked off The AFL Footy Show again this week. The Front Bar led for the whole hour that the two shows were head-to-head, having 50,000 more viewers from 8.45pm until 9pm. The Andy Maher, Mick Molloy and Sam Pang-hosted show only gets the 8.30pm treatment in Melbourne. Adelaide and Perth get it late night on Seven, while Sydney and Brisbane get it late on 7mate. The show is making all three hosts even hotter property, especially Molloy and Pang who now have multiple winning TV gigs and successful breakfast radio careers. (Molloy was off last night though as the show had special guest co-hosts.)

Seven then screened Captain America: The Winter Soldier at different times around the network to an audience of 304,000.

A Current Affair held just over 800,000 for the Thursday episode with stories on desperate renters and welfare mums.

RBT followed with 601,000 with a national audience after screening in southern markets-only last week.

The combined footy shows had an audience of 436,000 – The AFL Footy Show did 153,000 in Melbourne after 164,000 last week, The NRL Footy Show did 116,000 in Sydney. Despite the smaller footy crowds, Nine still managed to win the night in both Sydney and Melbourne.

The Project audience was again close to 560,000 for a second successive night. It was girls of pop night with Lorde talking from Sydney prior to her Nova Red Room appearance and also Paulini visiting the show to talk about playing Whitney Houston onstage.

MasterChef ended its week in Japan again the biggest show of the night after 7pm on any channel, winning with all people and in the demos. It was a great week for the series on the road, except perhaps for Callan Smith who didn’t make the top eight after he was eliminated over his controversial choice of dish last night. The Thursday episode did 917,000, was the third most-watched show in any timeslot, and was up narrowly on last Thursday’s 899,000.

Common Sense followed for its FTA debut after ranking as the #2 show for the night on Foxtel on Wednesday. The format from the producers of Gogglebox might take a while for viewers to warm to it. There were a few gems, but the workplace locations seem more staged than the home lounge rooms on Gogglebox. The series started FTA life with 463,000 in a slot that is under the microscope because of the footy war in Melbourne at 8.30pm.

Janet King wrapped this week with its eight-episode season ending on 521,000.

Great British Railway Journeys was the channel’s best with 347,000.

A repeat of Rachel Khoo’s Kitchen Notebook Melbourne did 205,000.