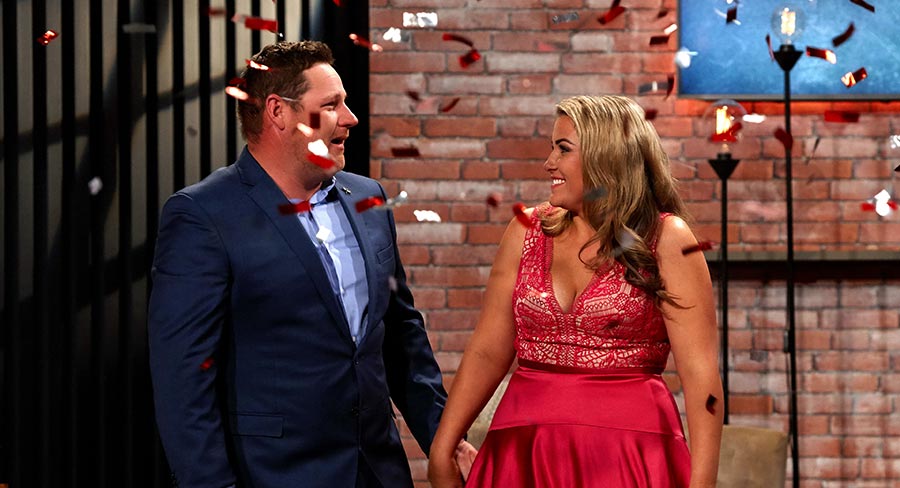 House Rules saw the top two teams tasked with making over the exteriors and front yards of their grand final opponents. Toad and Mandy subsequently won House Rules 2018 with a judges’ score of 24/30, just one point ahead of Mel and Dave on 23/30. Their prize – $355,000. Toad and Mandy did a great job on the exterior of the home overlooking the water at Hope Island on the Gold Coast. Mel and Dave also did a great job on the Bega Valley country homestead, but it didn’t impress the judges quite enough to clinch victory. The final episode did 853,000 and climbed to 915,000 for the announcement of the winner.

The audience for the House Rules final last year was 1.02m for the bulk of the episode and then 1.15m for the announcement of the winner.

A Current Affair started its week on 816,000 after a week 30 average of 740,000. The program recalled the Hoddle Street massacre and murderer Julian Knight. Australian Ninja Warrior started its two-part grand final with 906,000, which trailed MasterChef and the last section of House Rules. As always there was great athleticism on display plus some spectacular fails. The audience for last year’s penultimate episode was 1.54m.

When Celebrity Goes Horribly Wrong was next with 286,000.

The Monday night footy shows followed: 100% Footy was well down the rankings with under 50,000 from Sydney and Brisbane, while Footy Classified was on 103,000 with 74,000 in Melbourne. MasterChef Australia had to farewell Khanh in its penultimate episode. The MasterChef Australia top two are Ben Borsht and Sashi Cheliah, who will face off against each other in tonight’s grand final. To decide the top two, the remaining cooks had to prepare a main and dessert for 20 previous MasterChef contestants from nine previous seasons. Khanh was in deep trouble from early on with burnt fish. The Monday audience was 961,000, which was the biggest audience for the show this season. The same episode last year did 953,000.

Russell Coight was the first guest quizmaster on Have You Been Paying Attention? and he shuffled on set with a brown snake wrapped around his neck. Dane Simpson made his first appearance on the panel and he was playing the game better than anyone else, which is why he had the lowest score. The episode did 856,000 all people and delivered its biggest 25-54 audience where it ranked #1 for the night.

Inside Windsor Castle had the channel’s biggest audience at 7.30pm with 255,000 watching.