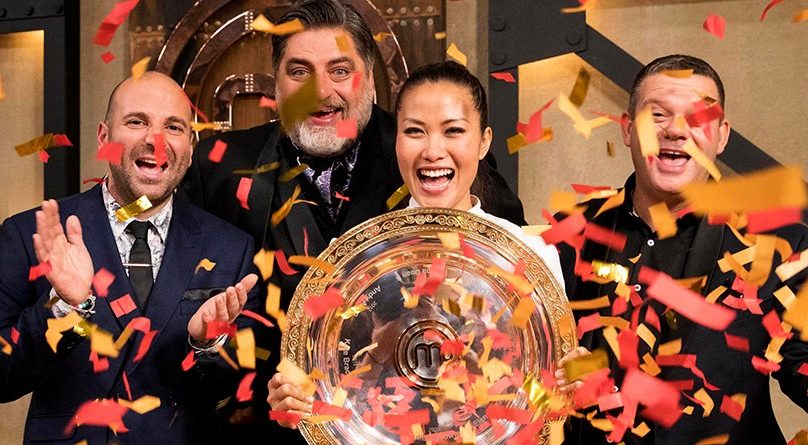 It was always going to be a tough night for Seven with the penultimate night of the hottest TV show of the year and the final of the other commercial channel’s biggest TV property. Seven recorded its lowest Monday primary share of the year (since week two in January) with 16.0%.

Seven retreated with another Bourne movie and 90 minutes of Highway Patrol.

The Highway Patrol mini-marathon seemed to feature one new episode and two repeats with the classic ob doc averaging over 500,000 for each episode.

The Bourne Supremacy then screened with 359,000 watching.

Leila McKinnon was again fronting A Current Affair which started with an Aldi feature and made viewers wait for its coverage of Aussie bogans in Bali. The Monday episode did 1.06m after a week 29 average of 833,000.

The final semi of Australian Ninja Warrior remained a timeslot winner with over 1.5m viewers despite the grand final of MasterChef also on offer. The contestants found it difficult to complete the course and there were again some magnificent fails. It was about 50 minutes into the show before someone made it to the end. The Monday audience of 1.53m was down only a fraction on Monday of last week which did 1.54m. The timeslot was a win for Endemol Shine Australia which produces both Ninja and MasterChef.

With Mighty Cruise Ship and Shark Tank up against the grand final tonight at 7.30pm, who knows how high Ninja Warrior could go?

The Project included a MasterChef grand final preview with Gary Mehigan and the third-placed Karlie. The Monday episode started the show’s week on 623,000 after a week 29 average of 537,000.

The MasterChef grand final seemed like a fitting challenge with finalists who certainly could have been called the two best cooks in the competition. After Diana took an early lead in the first round, during which Ben nearly sliced off a finger, it looked like it would have been hard for him to catch up. He did manage to gain some ground, but it was Matt Preston who had the deciding vote in the end and his nine out of 10 for Diana was enough to give her a one point win. The highlight of the show though was the arrival of the families before the final challenge.

The Winner Announced portion of the final did 1.30m after rating 1.88m last year on a Ninja-free night. The grand final episode started the evening with 1.12m after 1.71m last year.

Have You Been Paying Attention? subsequently started close to 10pm with Hughesy on the panel for the audience of 583,000.

Q&A featured secondary school students with 368,000 watching. That is one of the show’s smallest audiences this year after 434,000 last week.

A post-TDF slump (some of those regulars needed a good sleep) and competition elsewhere saw the channel record is second-lowest share of the year on any night and its lowest since January. Big events impact this channel too – it’s lowest share was 2.7% which was recorded the night of the Australian Open Men’s Final in January.

Last night Michael Mosley’s Meet The Humans did best with 145,000.