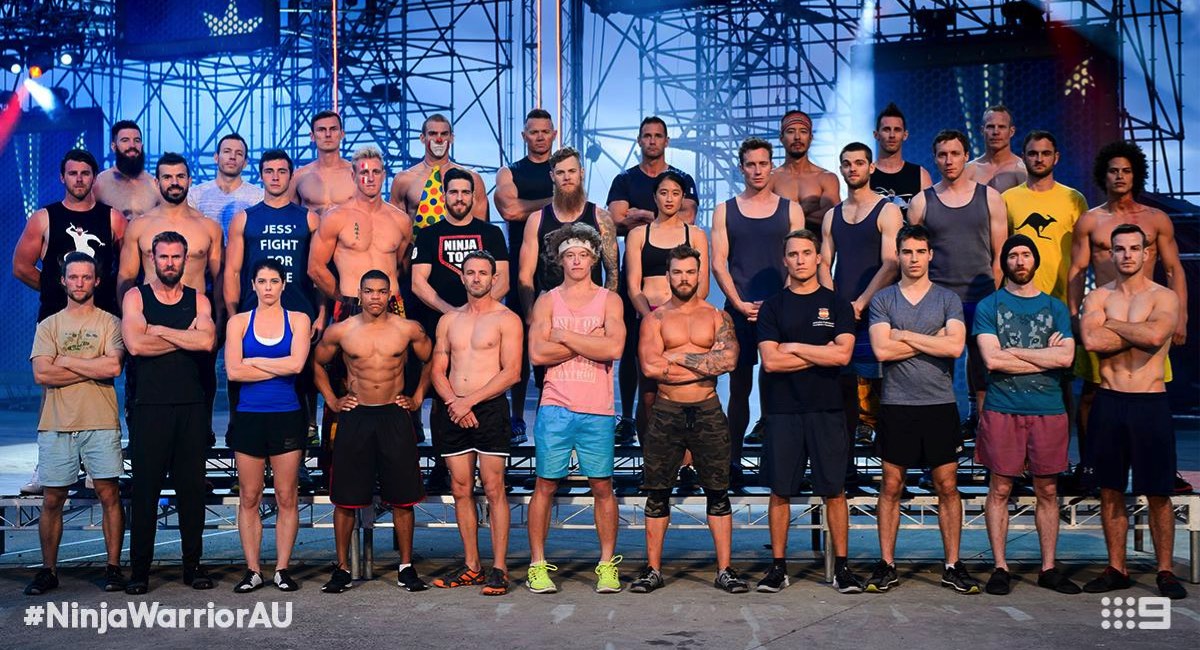 Seven’s primary channel continues to be knocked around by Australian Ninja Warrior.

That number came despite a compelling Melissa Doyle interview with Bernard Tomic in Miami which filled most of the first 30 minutes of Sunday Night. The episode did 792,000, which meant it was nearly 1m viewers behind the Ninja Warrior average audience. The good news for Seven is there are no more Ninja Warrior Sundays for the foreseeable future.

In fact next Sunday Seven is promising to be competitive in one of the biggest battles of the TV year, revealing it will screen the ITV/HBO doco Diana, Our Mother on July 30, up against The Block’s launch on Nine and Survivor’s launch on TEN.

Seven then screened the movie Avengers: Age Of Ultron to 357,000.

After claiming the past two weeks with year-high primary and combined channel shares, Nine also revealed over the weekend it was able to claim the year for Nine News in two markets with wins in Sydney and Melbourne at 6pm.

Nine has started week 30 with a second successive Sunday share over 30%. Driving the audience to their TVs was the second of three semifinals of Australian Ninja Warrior. The show had a massive metro audience of 1.74m which is a new high for a non-sports show this year. There were over half a million watching in both Sydney and Melbourne and another 360,000 in Brisbane. The show cleaned up in the key demos and the split 25-54 was close to 50/50 men and women.

Nine’s 60 Minutes then did 1.03m, which is its second successive audience over 1m. Charles Wooley profiled Graham Richardson while there were also contributions from Peter Stefanovic and Liam Bartlett.

For some reason MasterChef continues to start at 7.30pm, giving both Seven and Nine a 30-minute head start with their premier Sunday properties – although changing a start time might not do much to dent the Ninja Warrior audience.

The first part of the two-part MasterChef grand final saw pressure like it’s never been evident before this season. Diana came through almost completely unscathed though, clearly the standout cook last night and she must be the favourite heading into tonight’s final. Ben recovered nicely after initially covering himself in ice-cream mix and later weathering scrutiny from Shannon Bennett who pushed Ben so hard Ben somehow managed to finish on time and deliver two memorable courses.

Karlie broke down under the pressure yet somehow managed a competitive main course but she slipped behind the others with her dessert. On any other episode it might have been good enough, but not for one of the final three.

The audience watching the final Sunday outing for the format this year was 953,000, which placed the show second in the timeslot and second in the key demos too.

Grand Designs New Zealand was just over half a million and in the top 10.

Also finding a spot in the top 10 was Poldark with 481,000, up 50,000 on a week ago. Ross deserved a special award last night for not head-butting George who was being even more annoying than usual.

The final stage of Le Tour de France started too late to impact too much on the ratings. Stage 21 had an average audience of 80,000 for its 11.30pm start.

The 8.30pm You Are Here featured Warwick Thornton exploring Australians’ relationship with the Southern Cross in his doco We Don’t Need A Map to an audience of 88,000.