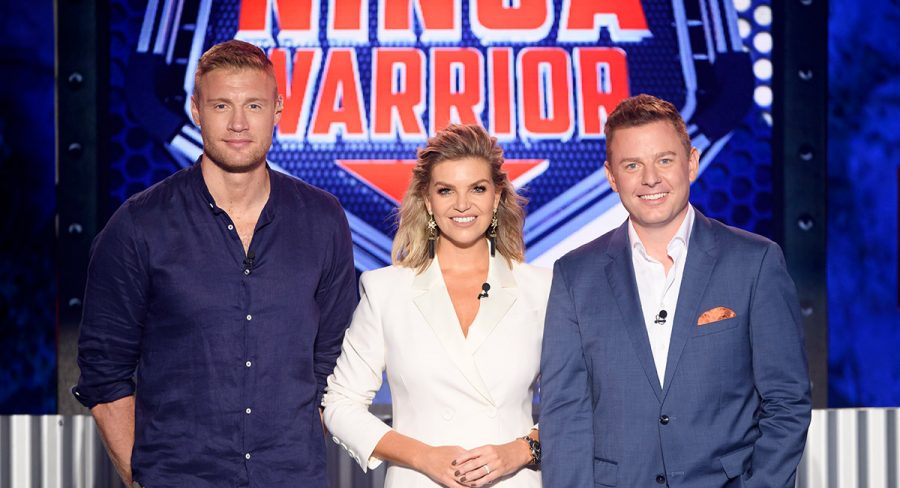 • Australian Ninja Warrior backs up with another 1.6m for episode 2!
• Nine ready to smash week 28 with successive primetime shares over 27%
• Best of the rest at 7.30pm: Seven’s Diana and TEN’s MasterChef over 700k

Seven went with the special Last 100 Days Of Diana from reporter Martin Bashir, who secured the exclusive Diana interview back in 1986. The special interviewed many of the people close to Diana during those final few months and revealed that the love of her life was the Pakistani surgeon Hasnat Khan. The special did 768,000 and narrowly knocked off MasterChef.

During the Diana doco, Seven ran promos for the next episode of Sunday Night, which will feature exclusive interviews with both Prince William and Prince Harry talking about their mother.

Lots of chatter about Australian Ninja Warrior last night – and not just on Nine.

Prior to the screening of the second episode, A Current Affair looked at the newest hit TV series, speaking to the hosts about the format. The new show was also a talking point on TEN’s Have You Been Paying Attention? The panellists struggled with the name of the new series before getting it right – they will know it a little better by now. ACA was on 935,000 last night after a week 27 average of 838,000.

The second episode of Australian Ninja Warrior featured more contestants battling the course with some spectacular triumphs and some memorable flops. The second night audience of 1.60m was close to the 1.68m watching the series debut. It’s a remarkable result for the second night and indicates Nine really has a keeper on its hands. Nine will carefully track the performance of the remaining seven episodes and plan how best to exploit the format for 2018. It could be planning to build an obstacle course for visitors to its upfront this year.

Here Come The Habibs! subsequently had a new lead-in and later starting time. The comedy was on 749,000, a significant lift after 606,000 a week ago.

Lots of variety on offer from Gina Liano on cleavage, then marriage equality, Mosul, women bikers and finally visiting Narcos agents who helped track down Pablo Escobar. The Monday episode did 634,000 after a week 27 average of 555,000 at 7pm.

MasterChef farewelled Eloise Praino as the show gets closer to finals week and the promos for The Bachelor warm up the audience for what will be next in the timeslot on a couple of nights a week. The MasterChef contestants had to make something called The Nest which was created by former MasterChef contestant Kylie Millar. The episode did 753,000, which ranked it third all people, but it was #2 in the slot behind Ninja Warrior in the demos.

There was no Sam Pang on Have You Been Paying Attention? as he takes advantage of the radio survey break. Making his first appearance on the show for 2017 was Glenn Robbins who reminded the audience he first appeared on TEN in 1988. “I made this network,” he claimed. This came just after a joke he made about a photo zombies, asking if these were investors in Ten Network. The episode was on 685,000, which is well short of its best and down from 853,000 last week.

Common Sense then had an encore screening with the new show attracting another 206,000.

Australian Story was down under 500,000 for the first time we can remember.

No Q&A last night – it was instead replaced by a repeat of the special Recognition: Yes Or No, which did 244,000.

The channel subsequently recorded its lowest Monday share of the year and only its second in single figures.

Rest day on Le Tour de France and share dipped below 4% for the first in close to three weeks.

The launch of Mutiny, a recreation Captain Bligh‘s voyage in the Bounty, disappointed with 120,000 at 8.30pm.